Biomutant Bangshelter 6D is a landmark featured in the video game developed by Experiment 101, located in Sector 6D of the Whereabouts Biome.

Bangshelter 6D features two Area Objectives you have to find during your exploration. The first one is a Superb Loot while the second one is the Ultimate Protective Suit.

Even though it’s not directly related to the game’s story; Bangshelter 6D in Biomutant is an important location because it allows you to get the Biohazard Suit while completing the following side-quests:

This area; however, can be quite confusing at first; so below, I’ll tell you everything you need to know about it.

Where To Find Bangshelter 6D In Biomutant

As you can see on the map below, this landmark is found just south of Sknapptrutt Outpost and southwest of Silo 6D.

Or simply put it is found on the western side of the Whereabouts Biome. 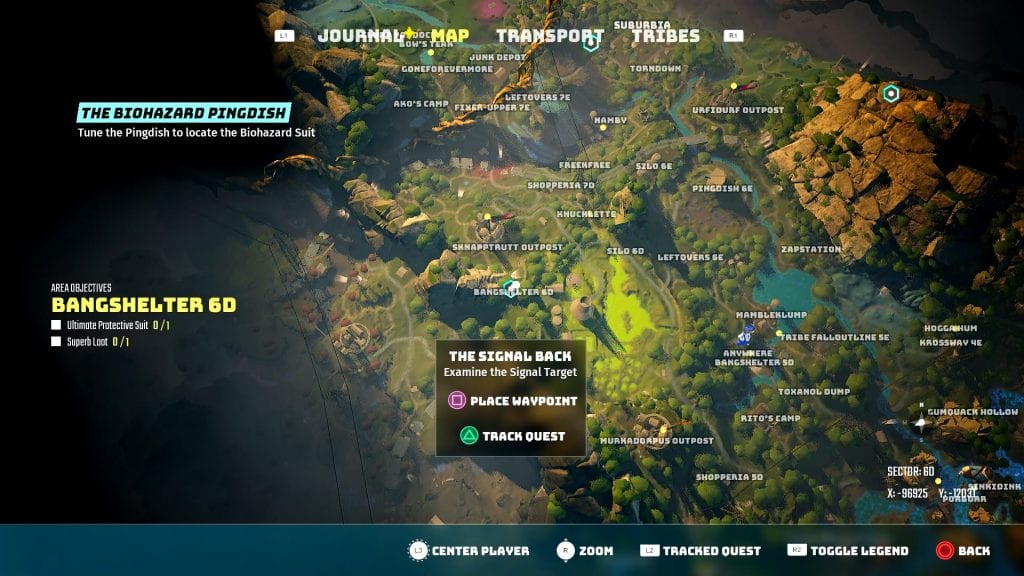 When you approach Bangshelter 6D or the location on my map above, you’ll most likely find a bunker with a locked door.

So, what’s up with this bunker? Or how do you open the door?

How To Get Inside Bangshelter 6D

The catch with this location, or with the locked bunker is quite easy to figure out.

In order to unlock the door, you’ll need to trigger a side-quest, or if you want, you’ll have to align a Pingdish. 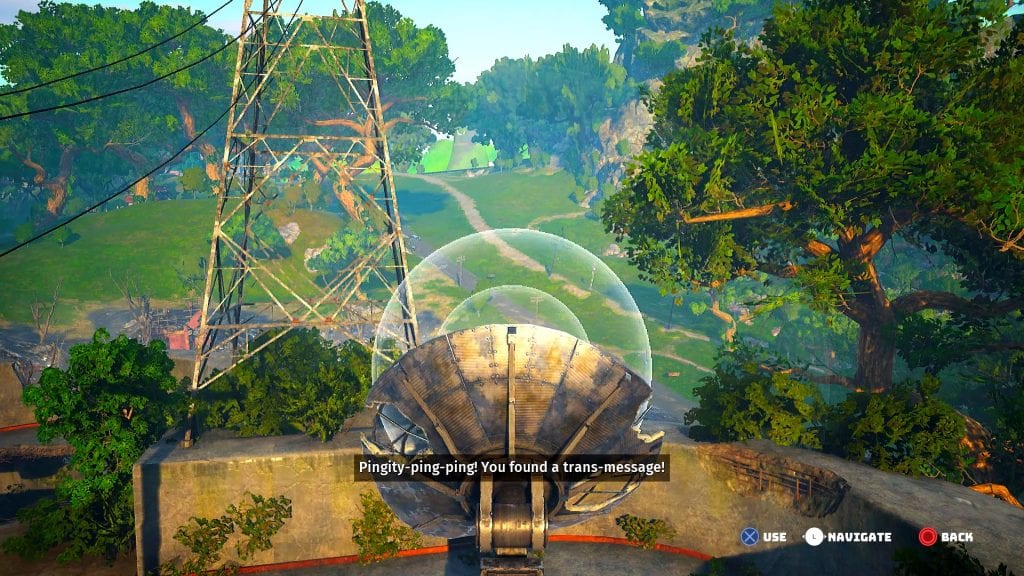 Once you tune the Pingdish pictured above, you’ll unlock the Bangshelter 6D locked door, otherwise, you won’t be able to get inside.

This means that first, you’ll have to visit Pingdish 6E, and only then you’ll return here and get inside the bunker.

Where To Find The Ultimate Protective Suit

Once in the actual bunker, things get pretty straightforward.

Obviously, there is a lot of loot inside, but let’s stick to the Area Objectives you have to get. And the first one is the Ultimate Protective Suit or the Biomutant Biohazard Suit.

As such, from the door you just unlocked, stick to the main hallway and follow it to reach an elevator.

Head down to the lowest floor, then follow the stairs on the right to get to a rather large room where you’ll need to deal with a Bubba Sknarfs.

These funny mutants are quite weak to fire so try several attacks.

After you deal with all mobs, head straight ahead, towards the door that is opposed to the stairs you used to get down here.

Force open it, then in the room just ahead turn right to spot this shiny suit. 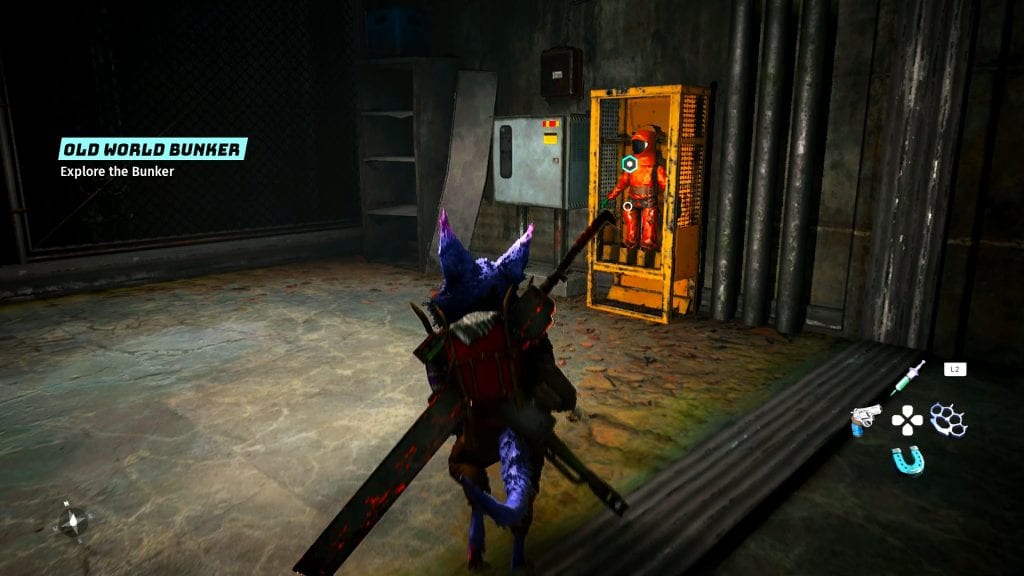 Where To Find The Superb Loot

The second and final Area Objective here is the Superb Loot; which is extremely easy to find since it’s in the same room as the previous item.

Simply turn left and notice the glowing cabinet on the left side of the fenced area. Quite easy to spot. 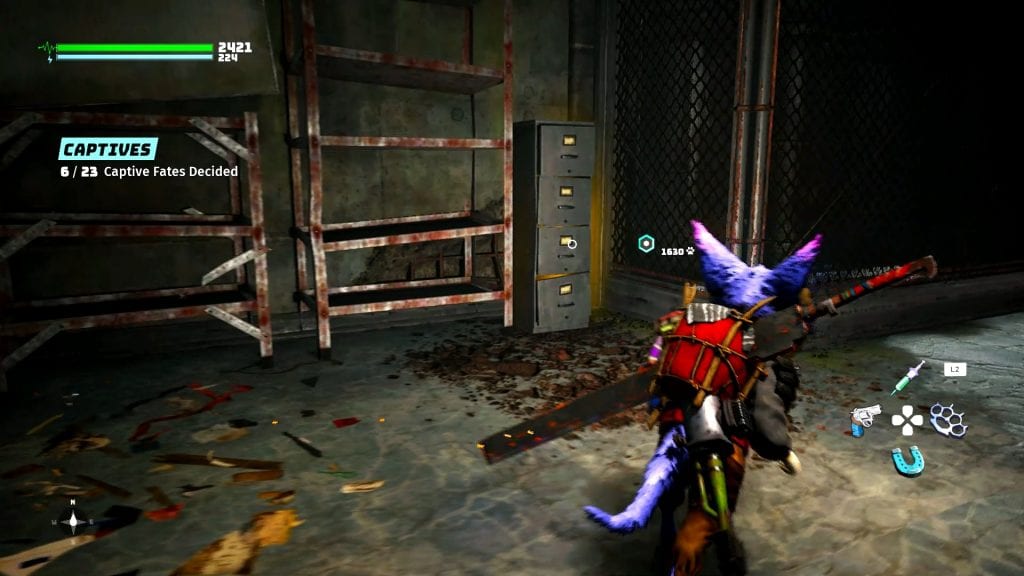 After you find the Superb Loot, the Biomutant Bangshelter 6D Area Completed notification should appear on your screen but don’t forget to fully explore this bunker for additional goodies.