Biomutant Gutway 6G is a landmark featured in the video game developed by Experiment 101; located in Sector 6G of the Whereabouts Biome.

Gutway 6G features four Area Objectives you have to find during your adventure; however, this area also comes with a bug or a glitch.

The first Gutway 6G Area Objective is an Old World Gadget, the second is a Bioblob Container, while the remaining two are Superb Loot chests.

Even if this location is not part of the game’s story; Gutway 6G in Biomutant must be visited if you are looking to complete all landmarks in the world.

Unfortunately, it is also the most annoying one because of the bug we’ll cover below.

So let’s go over this area and I’ll tell you everything you need to know about it.

Where To Find Gutway 6G In Biomutant

As you can see on the map below, this landmark is found on the northeastern side of the Whereabouts Biome.

Specifically, you’ll find it close to the following locations: 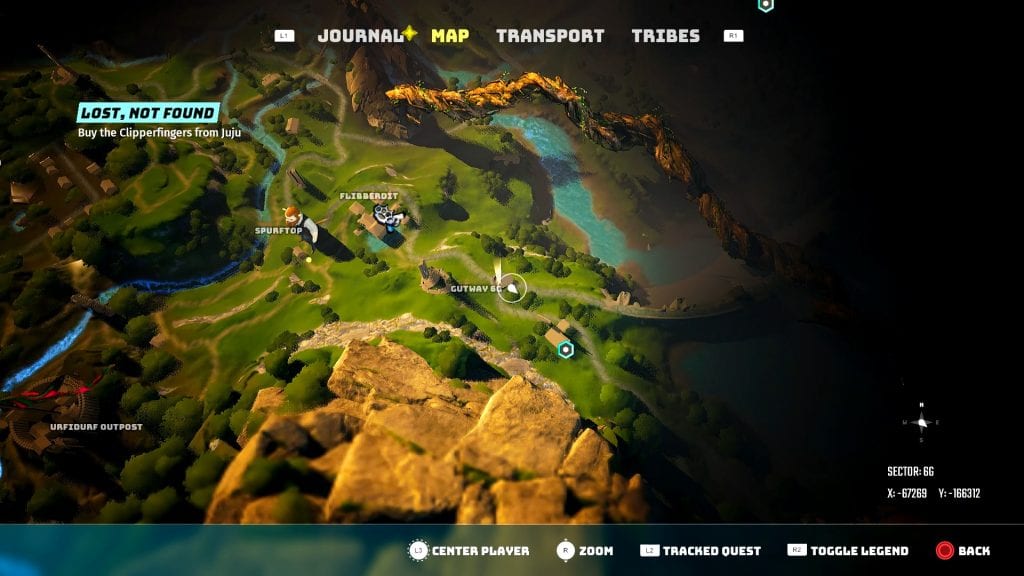 When you get to the location on the map above, you’ll find the entrance to a rather linear sewer.

Follow the tunnel ahead and drop in the first large area, to deal with some rat-like mutants.

They are quite easy to dispatch.

Once you are done, cross the large area and hop on the yellow ladder on the other side.

Next, keep following the tunnel ahead and use another ladder to reach a lower floor that will take you to another hall filled with water.

Without dropping down, head right and you’ll enter a chamber where you’ll see the controls of a pump station.

How To Solve The Gutway 6G Rotation Puzzle In Biomutant

The controls mentioned above are in fact the Old World Gadget in Gutway 6G.

Obviously to collect this one you’ll need to figure out how to solve the Rotation Puzzle.

Without going into details, here is the solution. 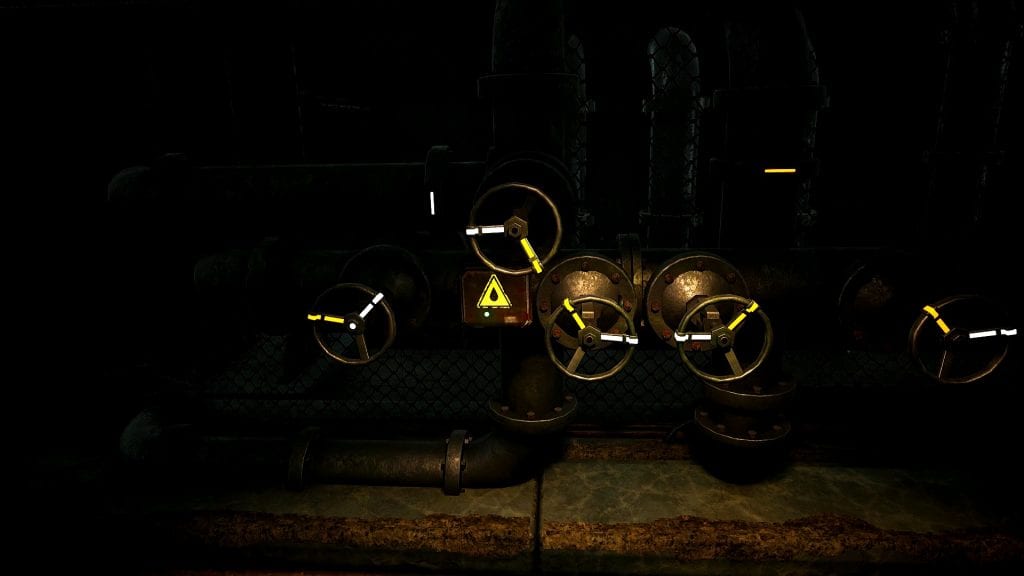 Now that you solved the puzzle in the sewer, head back to the area with the water and cross it by jumping on the floating platforms.

When you reach the other side, head through the tunnel and follow the first entrance on the right side.

It leads you to another large area with more enemies.

Where To Find The Bioblob Container

Once you dispatch all enemies in the room with the mutant flower on the wall, look around for another yellow ladder.

In the room just ahead, turn right to spot the Bioblob Container in my screenshot. 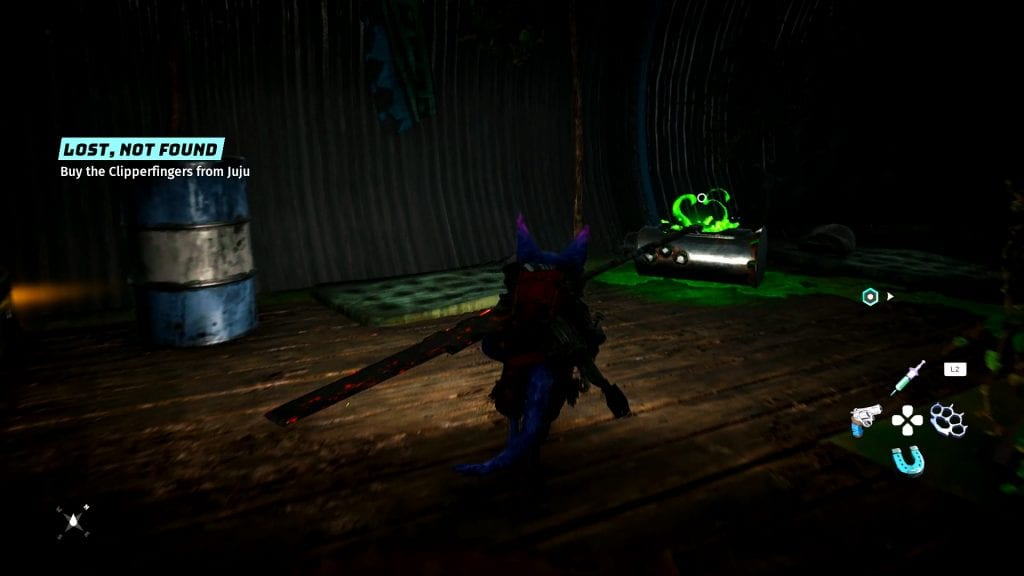 The first Superb Loot in Gutway 6G is extremely easy to spot.

From your previous location which is the last room in this sewer, turn around to spot the glowing crate below.

As you can see it’s behind a barrel in the same room where you found the Bioblob. 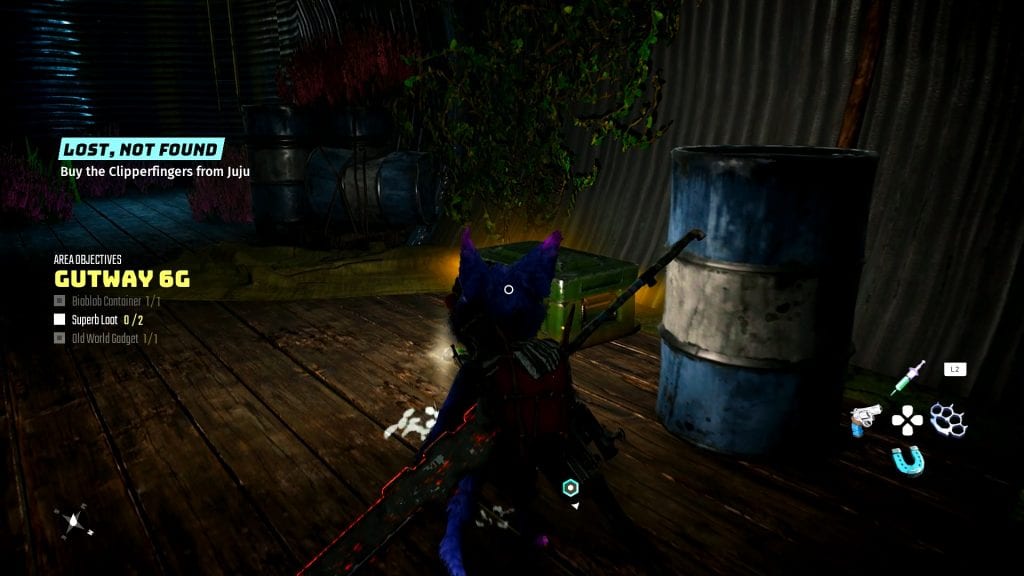 The second Biomutant Gutway 6G Superb Loot; unfortunately, is the one that you won’t be able to get since it’s bugged.

The actual chest is outside the playing area, and even though there is a trick to float outside the sewer; I suggest you wait until it gets patched.

In fact, according to the devs, this Gutway 6G bug was already fixed on PC by Patch 1.4.

Feel free to check the Biomutant Patch 1.4 Changelog here and focus on the last line in the World section which reads:

So basically the developers removed the chest from the counter, which means that when Patch 1.4 releases for consoles, you won’t have to return to this sewer.

Or simply put, get the first Superb Loot and forget about this place. 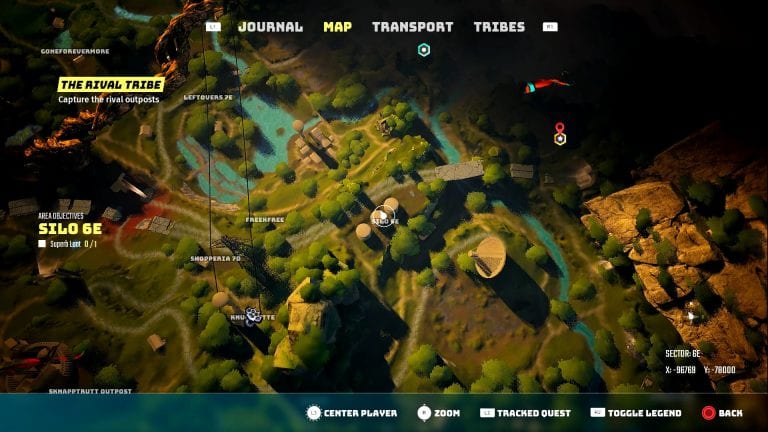 Silo 6E is a Biomutant landmark featured in the video game developed by Experiment 101, and it includes only one Area Objective you’ll have to discover in order to complete… 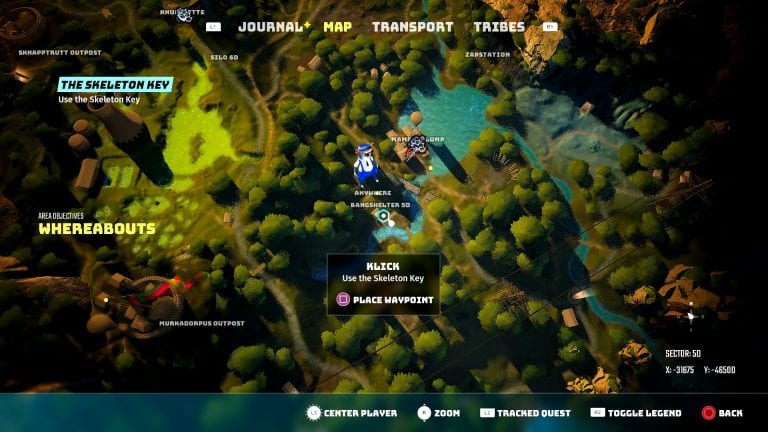 Bangshelter 5D is a Biomutant landmark featured in the video game developed by Experiment 101, and it includes three Area Objectives you’ll have to discover in order to complete it…. 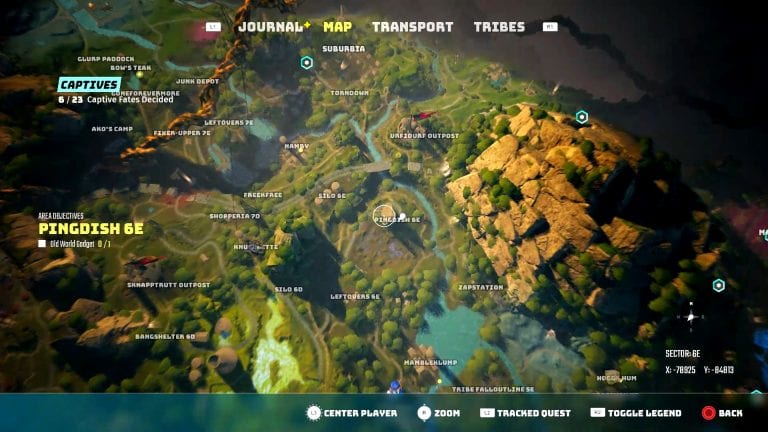 Biomutant Pingdish 6E is a landmark featured in the video game developed by Experiment 101, located in Sector 6D of the Whereabouts Biome. Pingdish 6E features one Area Objective you have… 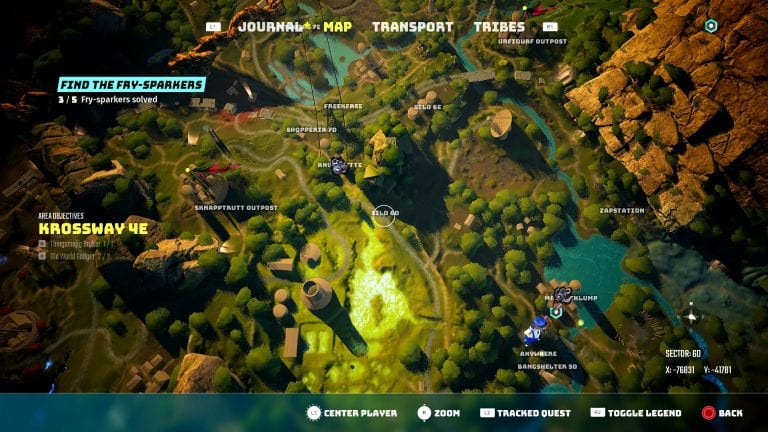 Silo 6D is a Biomutant landmark or location featured in the video game developed by Experiment 101, and as with most locations, it includes a series of Area Objectives you’ll… 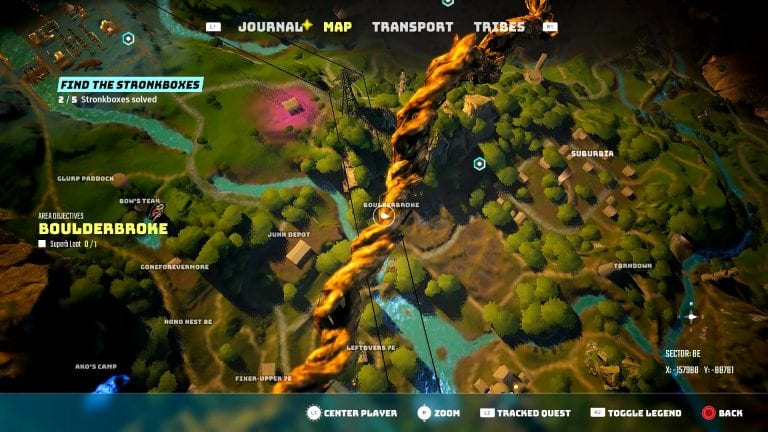 Biomutant Boulderbroke is a landmark featured in the video game developed by Experiment 101; located in Sector 7E of the Whereabouts Biome. Boulderbroke features one Area Objective you have to… 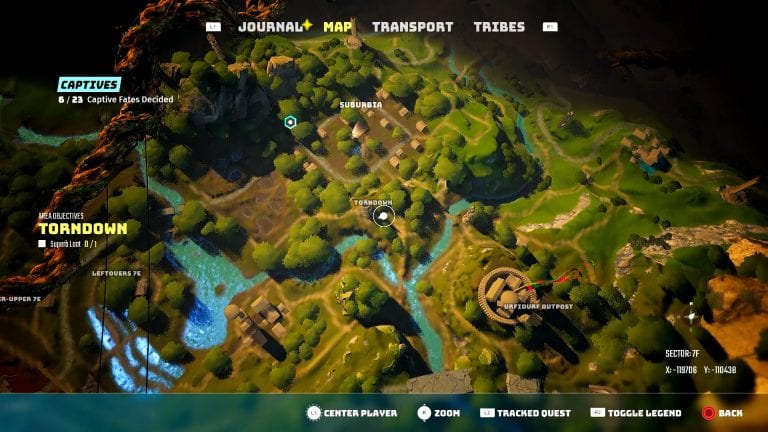 Biomutant Torndown is a landmark featured in the video game developed by Experiment 101; located in Sector 7F of the Whereabouts Biome. Torndown includes one Area Objective you have to…