Biomutant Nono Nest 8E is a location featured in the video game developed by Experiment 101, found in Sector 8E of the Whereabouts Biome.

Nono Nest 8E features only one Area Objective you have to find. It is a Superb Loot hidden on the other side of the large cave we are about to cover in the following guide.

Even if this location is not part of the game’s story; Nono Nest 8E in Biomutant must be visited if you want to complete A Beam Of Light In Zone 7D and The 7D Sundial side-quests.

This location is trickier than the rest but I’ll tell you everything you need to know about it.

Where To Find Nono Nest 8E In Biomutant

As you can notice on the map below, the landmark is found on the northwestern side of the Whereabouts Biome.

Specifically, you’ll find it close to the following locations: 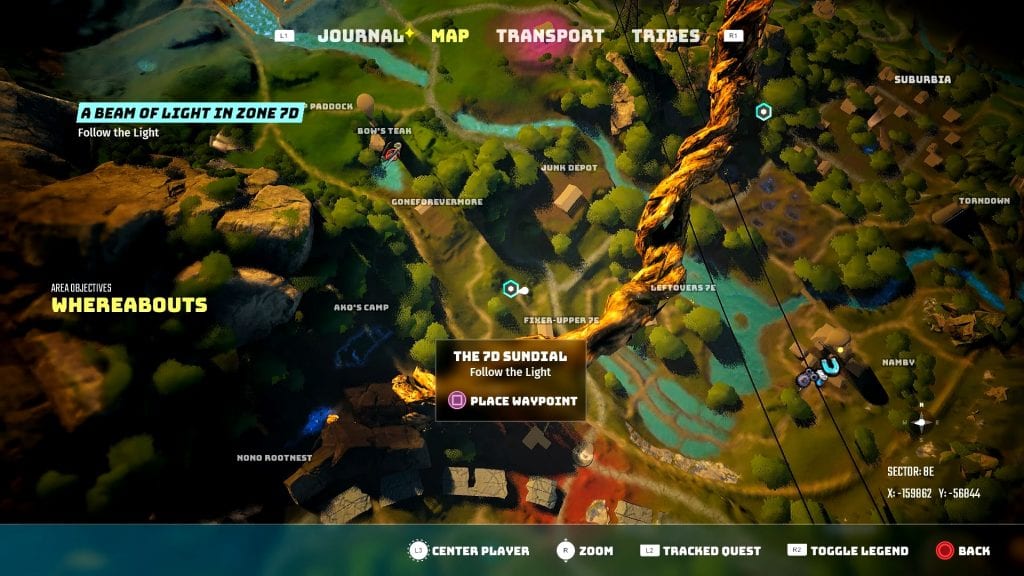 When you get to this landmark you’ll find a locked entrance to a cave.

So, how do you get inside?

How To Get Inside Nono Nest 8E

The said entrance must be unlocked by visiting another location, which is known as Landmark 7D.

You can see it on the map below, and here you won’t find any loot, but you’ll have to complete another accessible puzzle. 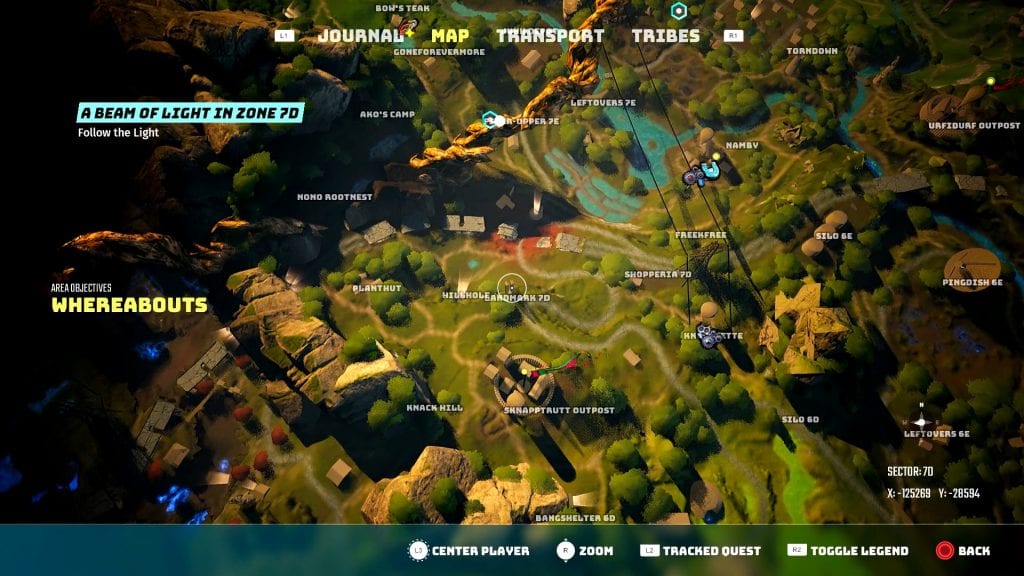 The first thing you should do once you get to Landmark 7D is to find the large stone sundial.

Next, you’ll want to make sure you approach it during the day. Remember that you can fast-forward time by resting near a fire, and there is one several steps away from Landmark 7D.

Simply head to the small camp and rest until morning if needed.

Now, return to the sundial and rotate it so the sundial’s shadow matches the position of the pointer.

Once you do this you’ll be able to unlock the Nono Nest 8E and finish A Beam Of Light In Zone 7D side-quest that starts the moment you find the sundial at Landmark 7D.

Where To Find The Superb Loot

Inside the cave, follow the first tunnel on the right side and you’ll eventually encounter a Bub Sknarf; as well as several mobs.

Deal with the miniboss first, then follow the tunnel on the left side as you enter the first cave.

The said tunnel leads you to another boss named Snarf Lurf.

Obviously, you’ll have to defeat him as well, because the Superb Loot chest is found right behind his spawning location.

Once you deal with him, simply loot the crate pictured below. 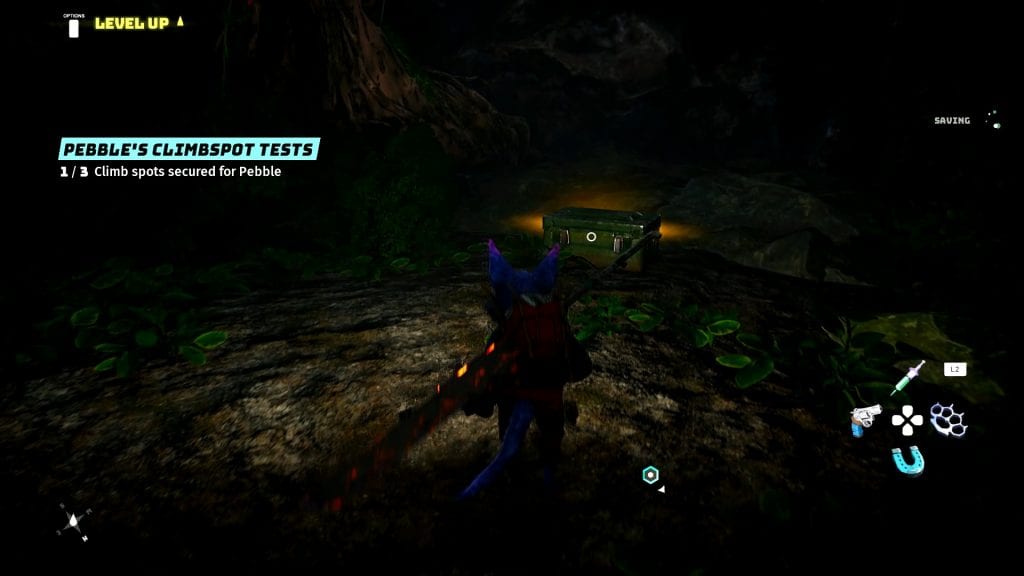 After you find the Superb Loot the Biomutant Nono Nest 8E Area Completed notification should appear on your screen, and you can exit the cave using the climbing spots at the entrance.