Welcome to the Ghost of Tsushima Wiki Strategy Guide where you get to learn everything about the action-adventure game developed by Sucker Punch Productions for PlayStation 4.

In this hub, you will find links to all Ghost of Tsushima guides available on this website.

Additionally, this Ghost of Tsushima Wiki covers crafting materials and the best locations to find them; as well as the weapons Jin Sakai can use.

Last but not least on this hub you will get to learn everything there is to know about the Ghost of Tsushima Charms and how to use them; how to defeat bosses and eventually how to become the ultimate Ghost.

To make your adventure even more enjoyable every Ghost of Tsushima guide and walkthrough will include detailed visual elements such as in-game screenshots revealing tips, and tricks you may need while exploring Tsushima Island.

The Ghost of Tsushima video guides can also be found on my YouTube channel; or by accessing my dedicated GoT playlist on Youtube.

“In the late 13th century, the Mongol empire has laid waste to entire nations along their campaign to conquer the East. Tsushima Island is all that stands between mainland Japan and a massive Mongol invasion fleet led by the ruthless and cunning general, Khotun Khan.

As the island burns in the wake of the first wave of the Mongol assault, samurai warrior Jin Sakai stands as one of the last surviving members of his clan.

He is resolved to do whatever it takes, at any cost, to protect his people and reclaim his home. He must set aside the traditions that have shaped him as a warrior to forge a new path, the path of the Ghost, and wage an unconventional war for the freedom of Tsushima.”

While exploring the Island of Tsushima you’ll have to find various collectibles that can take several forms.

The list below reveals all Ghost of Tsushima collectibles available in the video game.

In Ghost of Tsushima for PlayStation 4, there are 56 Mongol Territories and 3 Major Regions: Izuhara, Toyotama, and Kamiagata.

Each region features a fixed number of Mongol territories which can take various forms and can have different sizes.

In order to do clear them, basically, you have to kill all Mongols in each camp.

Good, so how do you find them. Well, you have several options. The first one requires exploration and you can find them by looking for smoke columns on the horizon.

The second one requires you to interact with various NPCs you encounter while traveling.

They reveal new locations when you talk to them, or when you help them.

If you see a villager who is attacked by the Mongols, once you deal with the invaders, he will reveal a new location for you.

The third one is by completing quests or tales because some of them will take you to these locations; however, a large majority will not.

And the final one is to use my maps below.

As you can see Izuhara features 24 occupied Mongol camps.

Moving to the second area, Toyotama, here you will have to liberate 17 Ghost of Tsushima Mongol Territories.

For freeing 8 of them you will earn the Good Riddance trophy and for all of them the Securing Sanctuary PlayStation 4 trophy.

The last area is named Kamiagata and here we have 15 Mongol Camps as you can see on my map.

Clear 7 of them and you’ll unlock the Mass Eviction trophy and once you deal with all Mongol camps in this area, you’ll unlock A New Safe Haven.

Ghost of Tsushima features a large number of resources and crafting materials.

Use the list below to learn more about them, their locations, and how to use them properly in the game.

In order to improve Jin’s combat abilities in Ghost of Tsushima, you can use Omamori Charms.

They are accessories that offer various passive buffs.

Based on their roles they can be divided into four major categories: Defense, Stealth, Utility, and Offense.

The Ghost of Tsushima Charms can be obtained by exploring locations, completing quests, looting chests, or defeating specific enemies.

It’s important to keep in mind that in order to increase the number of Ghost of Tsushima Omamori Charms Jin can use, you’ll have to find Inari Shrines.

Here are the best Ghost of Tsushima Farming methods, tips, and tricks. 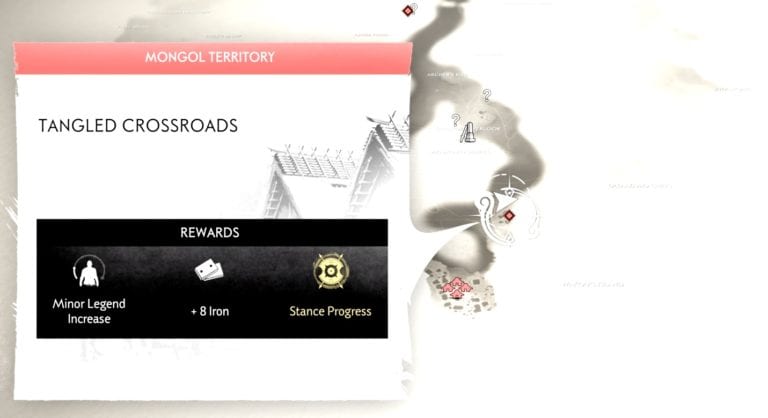 Shrine In Shadow or the Ghost Of Tsushima Wind Shrine In Shadow is one of the three Forgotten Shrines introduced by Sucker Punch Productions in the Iki Island DLC, released…