I am a massive fan of the Dark Souls series and the soulslike genre. The style, which is perhaps one of the newest and most defining gaming genres, combines great difficulty with satisfying gameplay, cryptic and intricate storyline, and lore.

Thymesia has many elements that fans of the genre are familiar with. But, the game is an overall mediocre title that shines in certain areas but falls short in others, and our Thymesia review will cover both the game’s positive and negative aspects.

It should be kept in mind, nonetheless, that the game draws inspiration from Bloodborne and Sekiro, both focused on the fast-action combat system.

You play as Corvus, a mysterious man who has lost his memories. In the Kingdom of Hermes, which has fallen to chaos and corruption, you must fight your way through three medium-sized regions.

The overall plot is unclear, but as you explore the game area, you’ll pick up a few pieces of stories along the way to learn more about what’s going on around you. It is up to you to put together the story and create your own narrative. This might help you better grasp the game’s ending, which might alter depending on your decisions.

Besides, there is a “safe zone” with only an NPC named Aisemy who only speaks to you about recalling your memories. Simply said, the tale isn’t completely filled out, nor is the narrative’s evolution significant enough to make you care about the people or the atmosphere.

You mainly move around corridors throughout the three main regions, fighting plague-stricken enemies and collecting keys to unlock doors. You’ll encounter a boss at the end of each zone. After clearing a zone, you’ll be able to access a few of the sidequests.

The game’s level design is mediocre at best and does not provide significant shortcuts for exploring the levels. Most regions are difficult to navigate and are loaded with repeating enemies, lowering the overall quality of the levels. As fantastic as the gameplay is, the game falls short in terms of level design and enemy diversity.

Exploration felt unrewarding without anything special to gain except for additional memory shards for leveling up and a couple of ingredients to tweak your potions.

The combat system is the core of any souls-like game, and Thymesia comes with some fresh ideas. The first one is the plague wounds mechanic.

In most souls-like games, you will attack an enemy over and over again using your weapons and special abilities until its HP reaches 0.

In Thymesia, regular attacks using your sword will wound the enemy (a portion of the HP bar turns green). After you fully turn green the HP bar, you will see that you deal less damage to the green bar. Also, if you don’t damage them for a couple of seconds, the remaining green bar turns back to white.

Now, to effectively deplete the enemies’ HP bar, you will have to use your plague claw, which will take a large chunk of their HP bar after you wounded them using your sword and preventing them from regenerating up to a certain point.

For some players, the thought of enemies that often regenerates their HP can be irritating, but this concept encourages alternate sword and claw attacks for combinations.

Overall, the gameplay encourages you to play more aggressively against different bosses. Thymesia‘s biggest strength is its ability to put off such a great combat system.

Another fantastic mechanic in the game is “reaving” which adds a lot of variety to combat. Corvus will charge and stab an enemy if you hold down the attack button on your plague claw. Based on your opponent’s equipment, Corvus will get the Plague Weapon skill.

For example, “reaving” a spear-wielding enemy allows you to strike out with three thrusts, the final thrust dealing additional wound damage.

Also, after you kill an enemy, there is a chance of dropping a skill shard based on their weapon. There is a wide range to discover during the game, as well as some unique ones accessible from the game’s bosses, encouraging replayability and exploration.

Parrying and dodging are both available in the game. Dodging is less difficult to learn in the game than parrying, which needs quick timing and is more challenging to master.

Boss battles are also tough, as one would expect from a souls-like game, but it is incredibly satisfying to learn their attacks and special abilities and find clever ways to destroy them.

Choosing Your Playstyle In Thymesia

Thymesia’s character-building possibilities are pretty broad, which is a great feature that is common with most other decent Soulslikes.

At each level, you will get an additional point in a stat of your choice, as well as a talent point, which can be used towards various perks.

You can level up three different stats: Strength, Vitality, and Plague. Plague boosts the power of plague weapons, while Strength impacts the damage inflicted by your sword attacks.

Vitality corresponds to your character’s HP or health points.

Furthermore, respeccing your stats is available through an in-game item known as the Forgotten Feather, which can be obtained every time you defeat one of the main bosses.

The talent tree is large and diverse, with different buffs and strategies available for multiple playstyles. You can remove and replace them anytime, so you’re never stuck with a single play style.

The gameplay isn’t particularly complex because you can play the entire game using the same plague skill without switching to something else. Still, you can also pick one of the 21 other possibilities to freshen things up.

Also, you can change the contents of your potions to grant particular buffs and bonuses, such as increased damage and defense for a set period of time.

Thymesia appears to be nicely optimized in terms of performance, as we saw only a few framerate stutters here and there and nearly no crashes while playing the game.

Also, we encountered a few minor bugs while fighting and executing the enemies that were quite annoying, but they can be easily solved in the following patch.

The visuals in this game are stunning. Regarding the game’s grim and plague-stricken theme, the colors come off with a low intensity that nicely fits the game’s vibe.

It is worth mentioning, though, that some areas are darker, making it impossible to determine what’s going on during a fight.

Regardless, I found it appealing once I got used to it because it helped raise the game’s spooky elements.

Thymesia is a decent Souls-like videogame that excels in certain aspects but falls short in others, such as world design, compared to other games in the genre. The gameplay is highly appealing, challenging, and satisfying. The animations are also excellent, and the controls are responsive, except for a few cases.

Also, the map and regions overall are not as great as the gameplay, lacking in the content department. Besides that, Thymesia is an enjoyable game in general, and fans of this genre should have a good time with it. 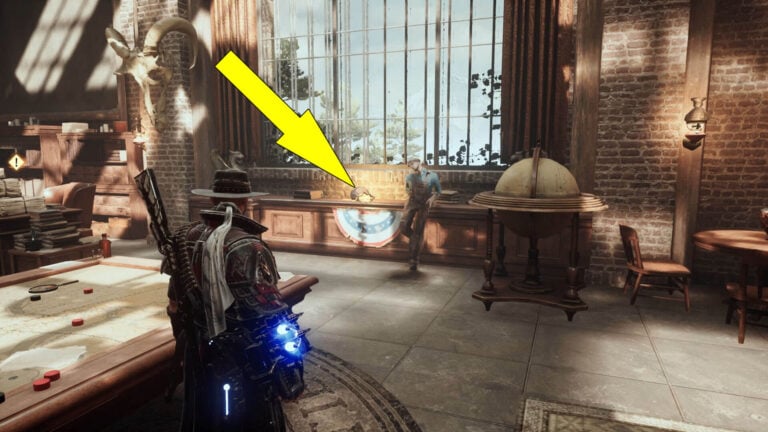 If you want to achieve 100% completion in the Remote RI Outpost Mission of Evil West, then you need to obtain all 32 collectibles available for this Chapter. Here is… 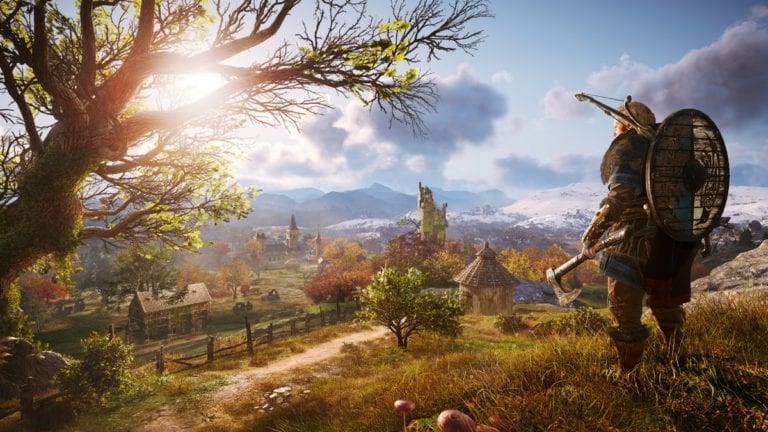 Hello, again, friends and Assassin’s Creed fans; here we are with a new breakdown in which we’ll discuss the Assassin’s Creed Valhalla activities Ubisoft intends to implement in the latest… 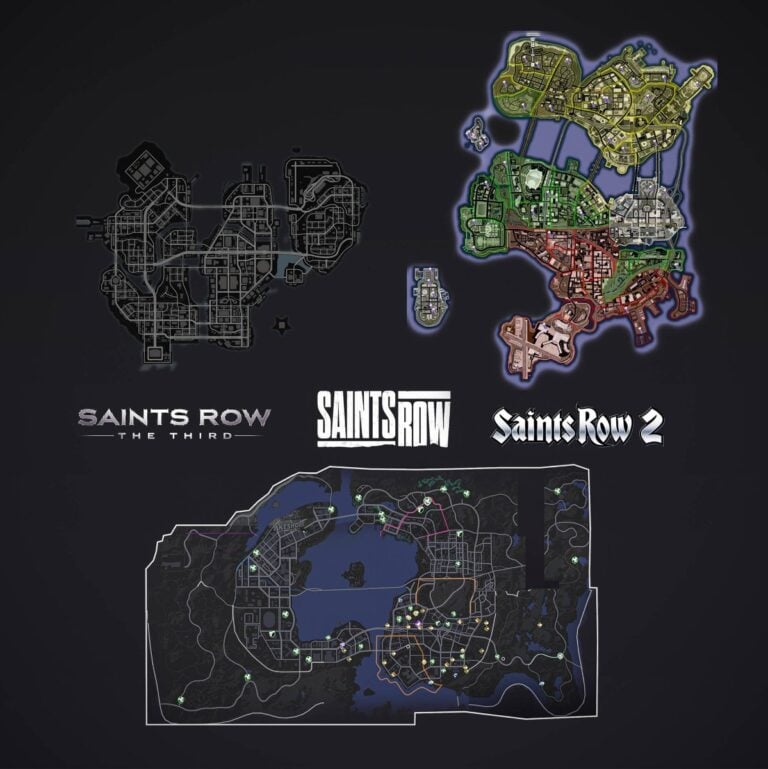 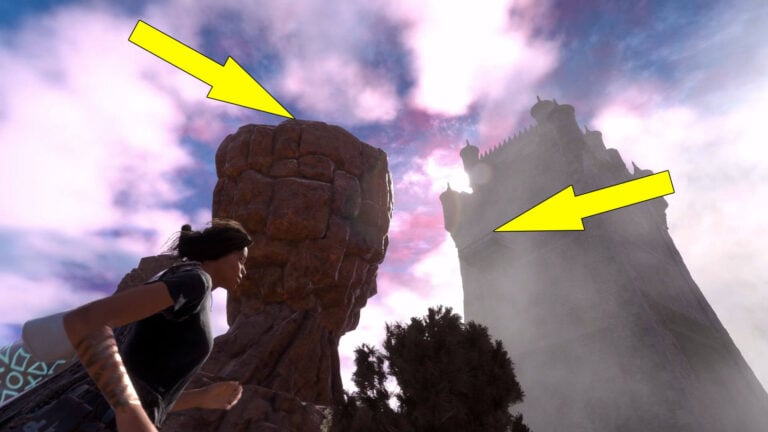 Forspoken Middle Praenost Kloros Guild is a landmark you can find while exploring Athia in the latest video game published by Square Enix. When you reach the landmark, if you manage… 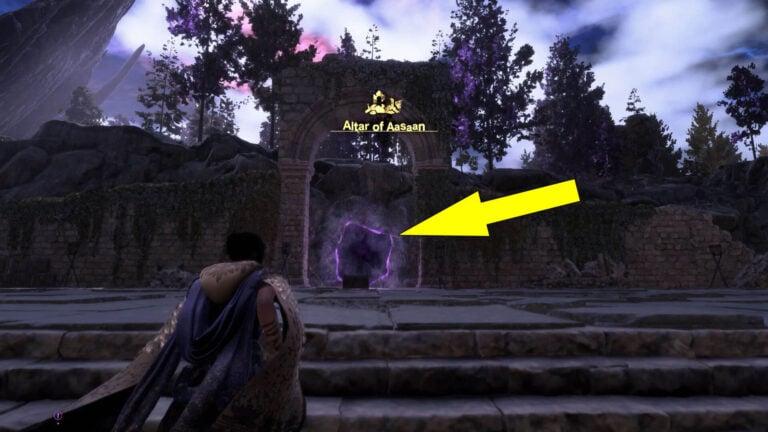 Forspoken Forbidden Meadow is one of the landmarks you can find while exploring the Harvest Lands area of Junoon in the dangerous land of Athia. The small garden is full… 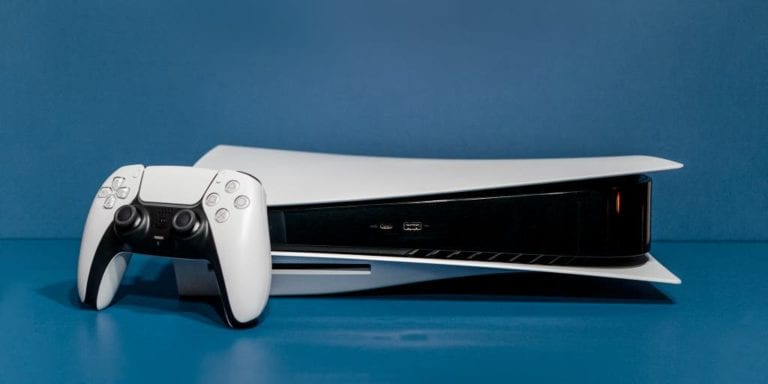 If you have purchased the new PlayStation 5, you may want to learn how to decrease Motion Blur because this is an important feature that can improve your gaming experience….