Lego Star Wars Skywalker Saga Destroying Starkiller Challenges are more complicated than those we have unlocked in the previous mission (Starkiller Queen) featured in Episode VII: The Force Awakens.

That’s because one of the Destroying Starkiller Challenges can’t be contained in Story Mode, which means that if you want to get the bonus Kyber Brick, you’ll have to replay the last Episode VII mission in Free Play.

Furthermore, to unlock all Lego Star Wars Destroying Starkiller Challenges, you’ll have to perform specific actions during both mission phases.

While you can buy rumors to receive tips on what you have to do for each Level Challenge, you’ll waste 90.000 Studs; therefore, we’ll help you save those hard-earned Studs throughout the following guide.

So, if you want to know how to unlock the three Level Challenges in the Lego Star Wars Skywalker Saga Destroying Starkiller mission below, we’ll cover all of them.

How To Complete Lego Star Wars: The Skywalker Saga Destroying Starkiller Challenge #1 – Heck Of A Pilot

The first of the three Lego Star Wars Destroying Starkiller Challenges you’ll need to unlock is the Heck Of A Pilot which requires you to break out of 3 enemy lock-ons.

This Challenge is similar to those you have completed in the previous missions, meaning that all you have to do is wait for the lock-on prompt (pictured below) to appear on your screen, then press RB/LB on Xbox to dodge an incoming attack.

To finish this challenge faster, try to save as many enemies as possible when the mission starts so that they can lock on you faster.

Press RB/LB three times when you see the prompt on your screen and the challenge is completed.

Keeping A Cool Head is the second Challenge you should unlock because you can do it in Story Mode. It’s pretty accessible since you’ll have to shoot the helmets off 5 Snowtroopers that spawn while chasing Kylo Ren through the forest.

This event takes place in the second phase of the mission.

As you chase Kylo Ren, you’ll eventually encounter multiple Snowtroopers such as those pictured below.

Aim for their helmets (heads) and shoot them, so they pop. Keep doing this until you unlock Keeping a Cool Head.

If you can’t get it after the first group of Snowtroppers, don’t worry because there are more down the path ahead.

The third and last Lego Star Wars Destroying Starkiller Level Challenge you have to unlock is Snow Joke, except that for this one, you’ll need a Jedi or a Dark Side class character.

So restart the level in Free Play; then, when you reach the second area where you fight Kylo Ren look for the debris marked below.

The debris in my screenshot must be destroyed, so switch to a Jedi such as Ben Kenobi, and after you destroy the objects, you’ll be able to build a snowman.

Using your Jedi force (B on Xbox), pick the Snowman and throw it at Kylo. You don’t have to make a snowman out of Kylo. Just hit him, and the third challenge will most likely unlock. 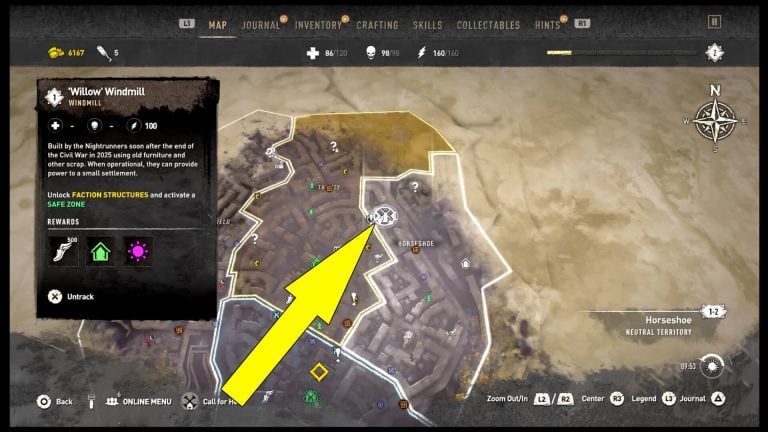 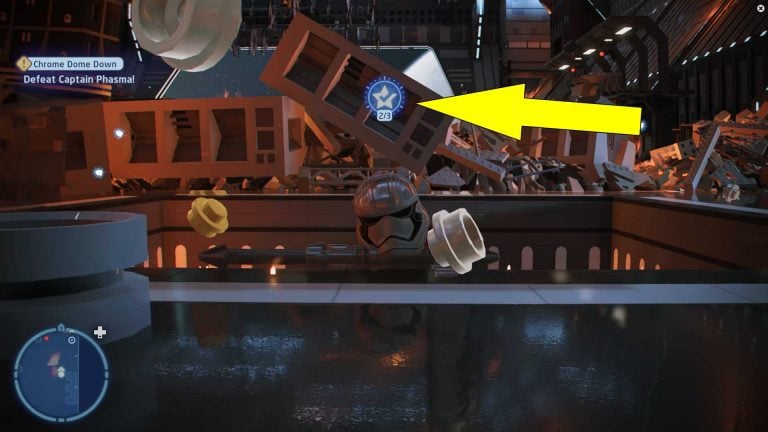 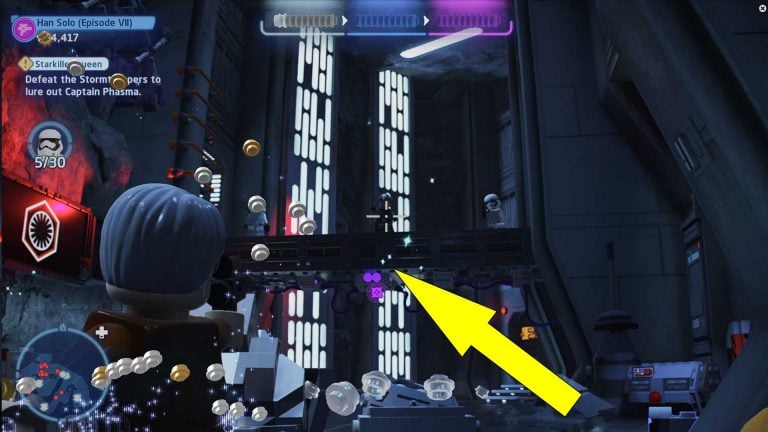 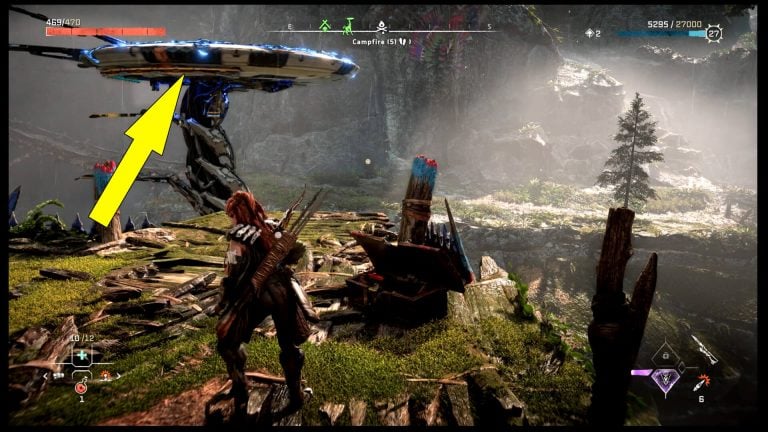 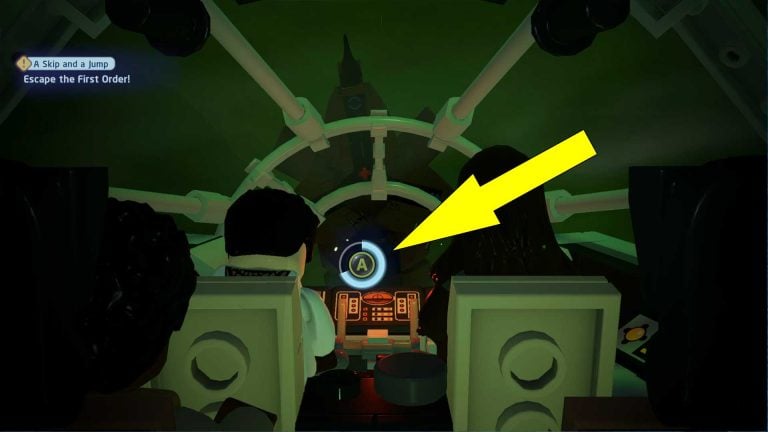 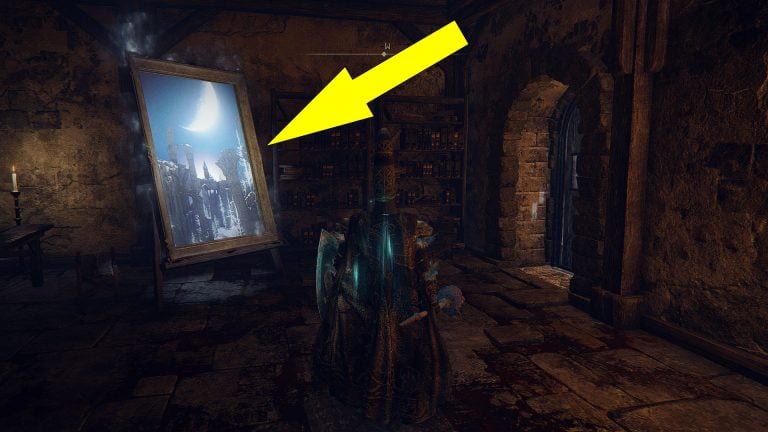