The Shy Little Robot is a quest that will take you to one of the several realms available in Disney Dreamlight Valley.

You’ll have to go to a desolate planet with a shy robot and bring him back to Dreamlight Valley.

If you are a Disney fan, you’ve probably heard of the shy robot in question; his name is Wall-E.

However, getting Wall-E back to the Valley will not be an easy task, so check the following walkthrough, where we will talk about everything you need to know regarding the Shy Little Robot quest.

To start the Shy Little Robot quest, you need to gather 2000 Dreamlight because you’ll need to trade the amount for access to other realms in the video game developed by Gameloft.

You gain Dreamlight by completing all sorts of tasks that are trackable from the menu in the Dreamlight tab.

It’s worth mentioning that the cost of 2000 Dreamlight is for the first realm you visit and 3000 for the second.

When you have the right amount go to the Dream Castle, which is north of the Plaza, and spend it all to access a realm of your choosing.

If it’s your first time going to a realm and you want to complete Wall-E’s quest, you have to choose “a desolate planet with a shy robot” when Merlin asks where you want to go.

If it’s not your first time, just go to the door to the left and interact with it.

Now enter Wall-E’s realm to see what you have to do to bring the villager to Dreamlight Valley.

How To Repair Wall-E

The first thing you have to do in the desert realm is to speak with Wall-E. The explorable area is very small, so finding the robot will be easy.

After your first conversation with Wall-E in Disney Dreamlight Valley, you’ll find out that you must repair him.

To do that, first look for a glowing spot on the ground near the robot and dig a hole exactly there.

To dig a hole, select your Shovel by pressing RT (Xbox), aim at the glowing spot, and press A.

Upon digging the hole, you’ll find a fridge door handle, and if you go to the rusty white fridge or storage in the corner of the area, you can now open it to get:

The Track is the part you need to repair Wall-E, so go talk to him again.

How To Craft Some Trash Cubes

Now that you’ve gotten the shy little robot repaired, you have to help him clean Earth.

So, first, remove the trash piles scattered through the desolate realm by pressing A while near them.

As you can see in the screenshot above, the trash piles are composed of pipes, bricks, and other stuff.

You have to pick up all the useless trash that comes out after removing the piles.

Make sure you don’t miss a single pile, and you gather 60 Useless Trash in your inventory.

When you are done, go to the red Crafting Station near the fridge from where you got the Track and interact with it.

Go to the Functional Items tab and select Trash Cube. You have to make 6 cubes with the Useless Trash from before, so select the quantity from the bottom right corner.

Now bring the Trash Cubes to Wall-E to complete this task and see what’s next.

Wall-E wants the realm to have more plants now, so let’s please the shy robot.

He will give you some seeds, but they are not enough as you need to plant 8 trees.

You can find more seeds if you dig up all the glowing spots on the ground. A couple of spots are hidden by the piles of trash but considering you’ve cleared all of them before; there should be no problems.

There is also another rusty fridge that has more seeds in it than the one with the Track. You can find the storage in the middle of the area.

And if you look carefully, you should find two trees that are already planted and just need watering.

To water the trees, equip the Watering Can by pressing RT on your Xbox controller and use the tool on the plants.

So dig enough holes, plant the seeds and water them. Wait for a little so that the plants grow, then go talk to the little robot again.

It seems you’re done helping Wall-E for now, but he is still reluctant to come with you to Dreamlight Valley.

So you need to go back alone and talk to Merlin, who has to give you some suggestions.

To return to Dreamlight Valley, you have to interact with the glowing ground area (larger than the digging spots) in the corner where you spawned in Wall-E’s realm.

Then exit Dream Castle and look for Merlin on your map to find him faster. The wizard will tell you to go to Mr. McDuck and see if he has something that Wall-E might like.

Scrooge is willing to give you a Fire Extinguisher if you bring him 2 Garnets. You were hoping that he would let it go for free? Don’t forget with who you are dealing.

Garnets are Gems that can be found in the Plaza and the Peaceful Meadow areas. You have to use your Pickaxe on the black rocks that are on the edges of the two areas to mine them.

If you finished all the black rocks in the two zones and you didn’t find the Gems, you have to just wait for a little because the deposits will respawn.

After you get the two Garnet Gems, go and give them to McDuck in exchange for the Fire Extinguisher.

How To Collect Mickey’s Ball

Thinking that the Fire Extinguisher will not be enough to persuade the shy little robot to come to the Village, you have to speak with Mickey and Goofy to see what ideas they have.

Upon talking to them, you find out that Mickey has a bouncy ball that Wall-E might like, and Goofy suggests that you fish around the ponds in the Meadow for a Sprout Boot that you can gift to the robot.

Go to Mickey’s house in the Plaza, which is opposite yours, and grab the bouncy ball in the corner next to the couches. The ball is colored black and yellow with two red stars on it.

If you are wondering how to fish in Disney Dreamlight Valley, refer to this guide which will answer all your questions.

Now, go to a pond, try to aim your rod at the orange ripples, and fish away, my friend.

Change the fishing spot if you can’t find the boot after several attempts. I found the Sprout Boot in the bigger pond on the east side of Peaceful Meadow, so start from here.

If you are not incredibly unlucky, it shouldn’t take too much time to complete this task of the Shy Little Robot quest.

How To Place Wall-E’s House In The Village

Once you’ve gathered the 3 items go back to Wall-E in his realm and talk to him.

The little robot now accepts coming to the Dreamlight Valley, so you must make sure he is comfortable in the Village by placing his house here.

Go back to the Valley and find a place for Wall-E. I’ve personally put his house right next to mine because I really like the shy little robot.

Once you decide on a place, press Y and select the Furniture tab. Then go to Wall-E’s icon under requests on the top and press A.

Select Wall-E’s Truck and position it so that the ground under it is highlighted green.

Now all that is left to do is go to the blue sign in front of the construction materials and interact with it.

Pay 2000 Star Coins to Scrooge McDuck to finish the house and welcome Wall-E with a fireworks display. Make a selfie with the robot while you’re at it.

And that’s it, friend! You’ve completed Disney Dreamlight Valley The Shy Little Robot quest like it was nothing. 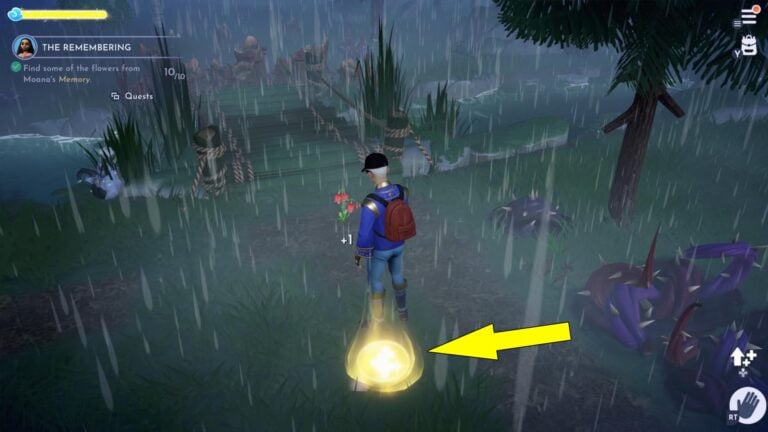 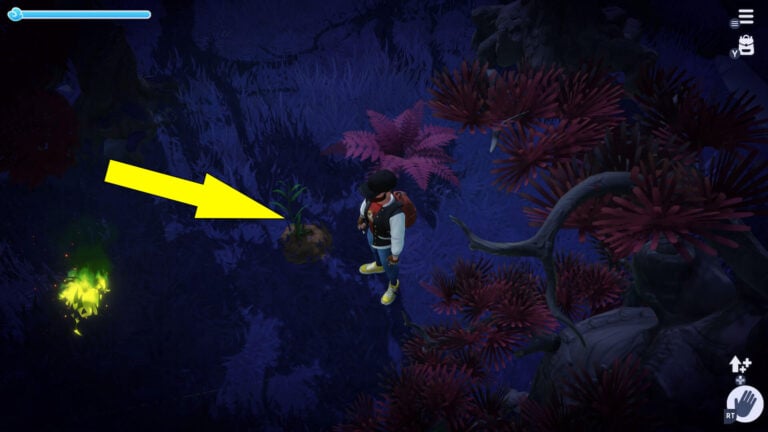 Ginger is a Cooking Ingredient mandatory for the completion of The Making Of A Monarch (discussed here), Scar’s last quest featured in the Early Access version of Disney Dreamlight Valley…. 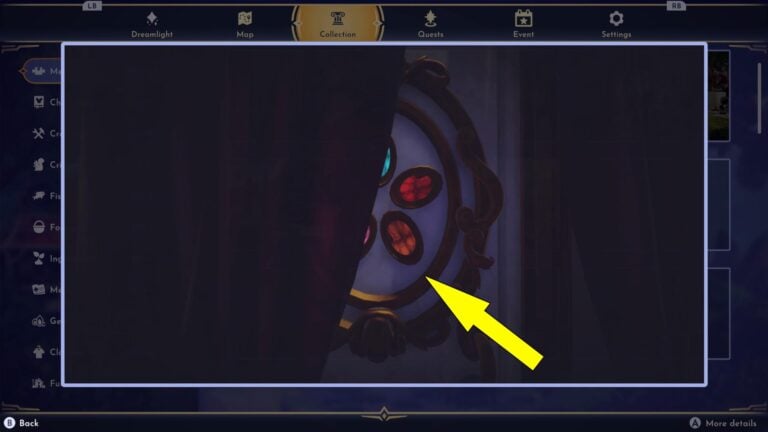 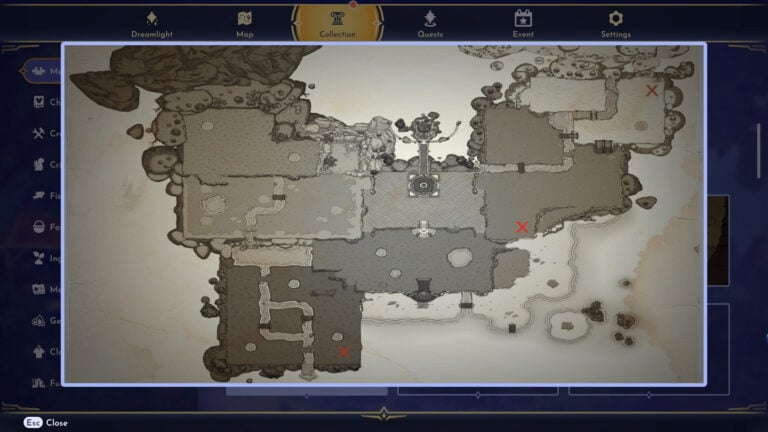 Squids are Cooking Ingredients in Disney Dreamlight Valley that can help you prepare meals requiring Seafood. In the Early Access version of the video game developed by Gameloft, the Squid… 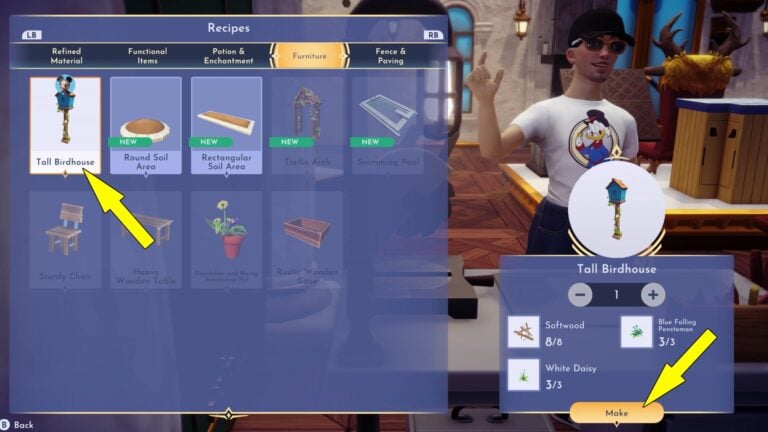