God of War Ragnarok Radsvinn’s Rig is one of three sites in the Svartalfheim realm that you must visit in order to shut down the mining rigs for In Service Of Asgard Favor.

All the Radsvinn’s Rig collectibles can be obtained on your first visit without finishing the story beforehand.

So, follow this comprehensive guide if you are looking to collect all four God of War Ragnarok Radsvinn’s Rig collectibles in the video game developed by Santa Monica Studio.

Odin’s Raven: On A Crane

Take a boat from Nidavellir Beach and head north until you reach an island with the Huldra Brother’s Shop and a Mystic Gateway.

You can access both Radsvinn’s Rig and The Watchtower region through this island.

While facing the Mystic Gateway, follow the uphill road to the right and climb up the first wall.

After climbing the wall, turn your camera to the left to find Odin’s Raven perched on a crane.

Throw your Leviathan Axe at the Odin’s Raven to kill it and count towards your progress for The Eyes Of Odin Favor explained here.

Mining Rig: At The Top Of The Platform

Clear the area of all enemies before interacting with the mining rig in the middle.

Nornir Chest: On The Left Of The Mining Rig

To the left of the Mining Rig is the God Of War Ragnarok Radsvinn’s Rig Nornir Chest.

To open the chest, you must first ignite all three brazier seals with the Blades of Chaos.

To ignite a brazier seal, equip your Blades of Chaos and press (L2) + (R2) while aiming at them from close range.

The first seal is relatively easy to spot, being to the left of the chest.

The second seal is on the southern part of the Mining Rig, behind a ruined cage.

To ignite the seal, climb the ledge in front of the cage by grappling up with your Blades of Chaos, then throw your Leviathan Axe at the explosive vase.

The third brazier seal is to the right of the chest, hidden behind two large kegs.

From the Nornir Chest, jump over the gap to the right and destroy the two kegs by shooting a green arrow to reveal the hidden seal.

Use your Blades of Chaos to ignite the brazier seal and open the Radsvinn’s Rig Nornir Chest to receive an Idunn Apple. Refer to this guide to find all other Nornir Chests.

Lore Scroll (Climbing The Ladder): Behind The Mining Rig

The God of War Ragnarok Radsvinn’s Rig Lore can be found behind the Mining Rig at the end of the area or to the right of the two kegs you destroyed earlier to reveal the seal for the Nornir Chest.

It is a small scroll on the ground and one of the 80 Lore collectibles in the game. 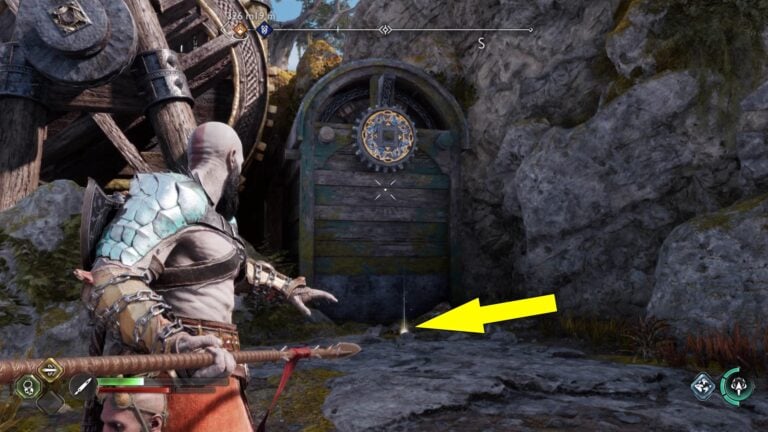 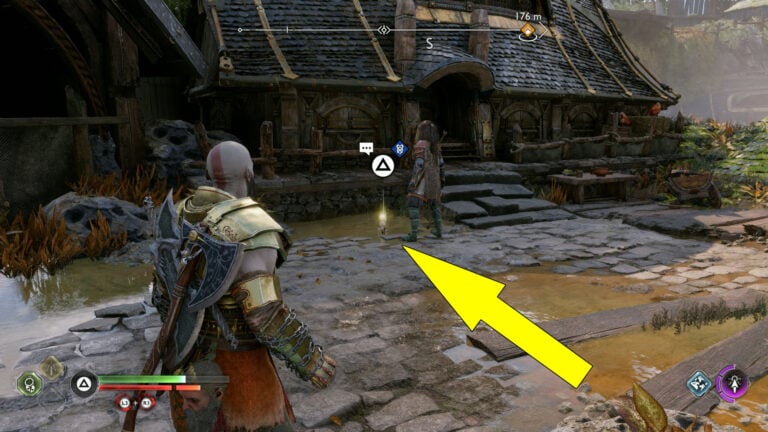 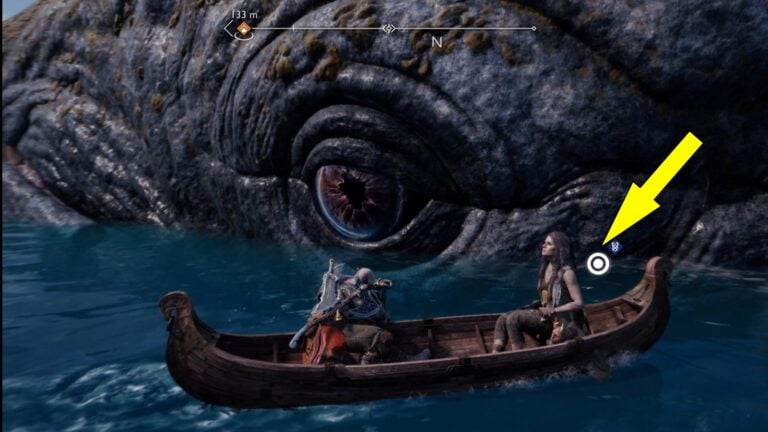 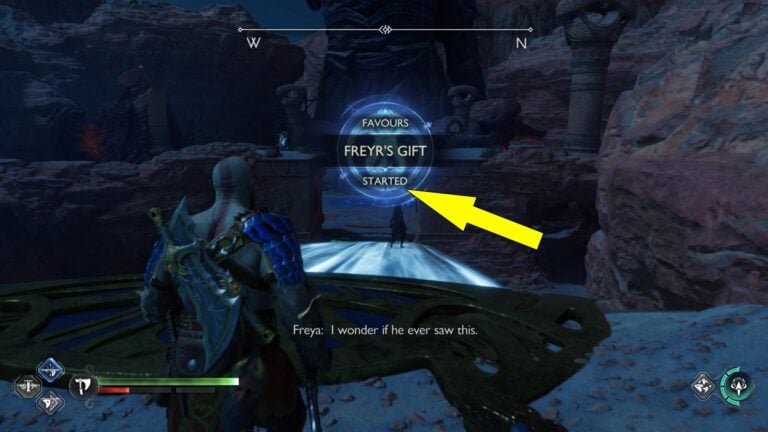 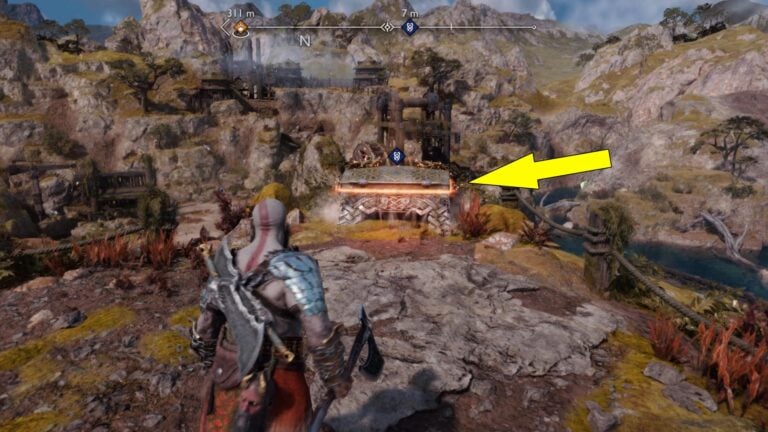 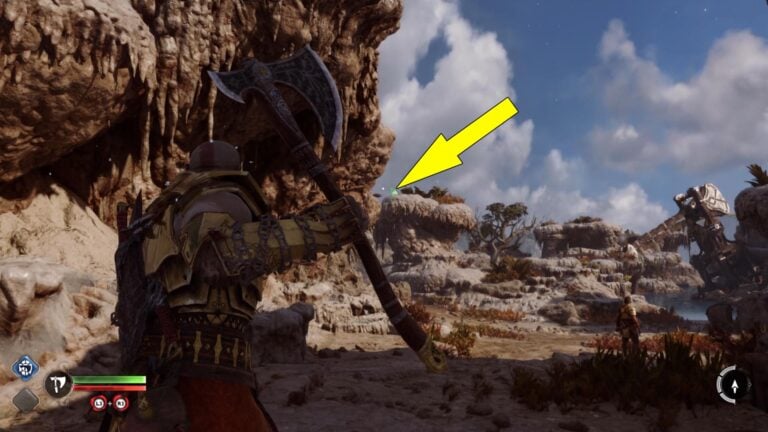