Escape Academy Entrance Exam is the second level featured in the video game developed by Coin Crew Games and the first room you’ll need to escape upon reaching the academy.

The Entrance Exam takes place in the Escape Academy Headmaster’s Office, and it’s a timed Escape Room meaning that you have only 15 minutes to get out; otherwise, you’ll fail the level.

Obviously, if you want to obtain a high score, you’ll need to finish the level as fast as possible without using any hints; therefore, throughout the following Escape Academy Entrance Exam walkthrough, we’ll outline the steps you need to follow to escape the room alongside all puzzles’ solutions.

So let’s see how to complete the Headmaster’s Office Entrance Exam in Escape Academy.

Escape Academy Walkthrough – How To Escape The Headmaster’s Office

While inside the office, there are a bunch of items you can interact with, but none of them are essential for the upcoming level.

So feel free to interact with the red door on top of the stairs to start the Entrance Exam level, which has a low difficulty level.

Before starting, you’ll be informed that you have 15 minutes to escape the room before it’s filled with gas.

So, make sure you act fast and don’t waste time inspecting all items because not all of them are important.

How To Open The Desk Locker In Entrance Exam

Immediately after entering the room, turn left and check the purse on the stand nearby.

Inside you’ll find a key that it’s pretty important because it’ll help you open the locked desk drawer.

Pick up the Small Key from the purse, then open the lock on the desk.

From the drawer, pick up the Group Photo and the Screwdriver.

With the Screwdriver in your inventory, head to the other side of the room, and near the door, you’ll notice an air vent.

Use the Screwdriver to remove the screws, then follow the tunnel. The path is linear, and on the other side, you’ll find a note with a phone number (pictured).

This Escape Academy Entrance Exam clue is very important, and as you can see above, the phone number is 952 – 4242.

Now, retrace your steps to the Headmaster’s Office and dial 9524242 on the phone found on the desk.

Eventually, you’ll hear Jeb, the janitor asking if it’s Headmaster Solange. Now, if you wonder why this is important, the answer is quite simple.

To escape the current room, your goal, as well as the objective of our Escape Academy Entrance Exam walkthrough, is to figure out the full name of the Headmaster. So, Jeb told you the last name, which is Solange.

Great, now it’s time to focus on another clue found inside the locked black case near the library.

How To Open The Black Case In Headmaster’s Office

If you approach the case pictured below, you’ll notice an interesting message (I’m counting on you) as well as three pictograms:

The message alone should be enough to figure out the correct combination for the locker on the black case; however, if you take your time to read all notes in the office, you’ll find that there are two clocks, five plants, and three trophies.

So, the correct combination (you can count them if you want) is 253. Make sure you use it on the locker, then grab the following photos from the Black Case.

Now, with these three photos, you’ll need to solve another puzzle and gain access to a hidden room.

After you open the black case and get the three photos, head to the bookshelf and inspect the fake books in the middle.

You’ll soon find out that they are fake, and you’ll need to push three of them in the correct order.

The said order is given by the photos you found earlier, all of them being dated as follows:

Based on these dates, you’ll be able to solve the Books puzzle and complete the next step in our Escape Academy Entrance Exam guide.

The idea here is to start with the earliest year and move the corresponding book. In this case, it is Egypt visited in 1954.

So, push the books in the following order:

How To Solve The Insert Disk Computer Puzzle

Before entering the hidden room, turn around and check the table on the right side of the office, near the last window.

On it, you’ll find a floppy disk you’ll have to use on the computer inside the hidden room.

After you get the Floppy Disk, head to the room behind the bookshelf, turn right, then use the disk on the computer to get a message: Dead.

This is another clue you’ll have to use but this time on the piano near the chimney.

Simply approach the piano and press the keys in the following order:

By solving the piano puzzle in Escape Academy Headmaster’s Office hidden room, you’ll get your hands on a UV Lightbulb you can use on the trophy stand near the door.

You should see it on the right side while facing the office (pictured).

Replace the broken bulb with the one you have found, and you’ll get the next clue to exit the Escape Room. Or the Headmaster’s middle name, which is Jacqueline.

Now, you have one last clue to discover: the Headmaster’s first name.

What Is The Headmaster’s Name

The answer to this question is Sandra Jacqueline Solange, and it’s the only thing you need to complete the Escape Academy Entrance Exam level.

The first name can be found in the Group Photo inside the Headmaster’s desk. If you look closely, you’ll see that only Sandy wears a fox mask similar to the one found above the chimney in the hidden room.

Since Sandy is the short version for Sandra, it means that the Headmaster’s first name is Sandra.

Now all you have to do is get back to the door and use the following:

That’s how you complete the Escape Academy Entrance Exam room level, so if you have questions, feel free to post them below, and don’t forget to check our Escape Academy Wiki Hub here. When you are ready, head to The Hall Of Escapists where the Escape Artist level awaits. 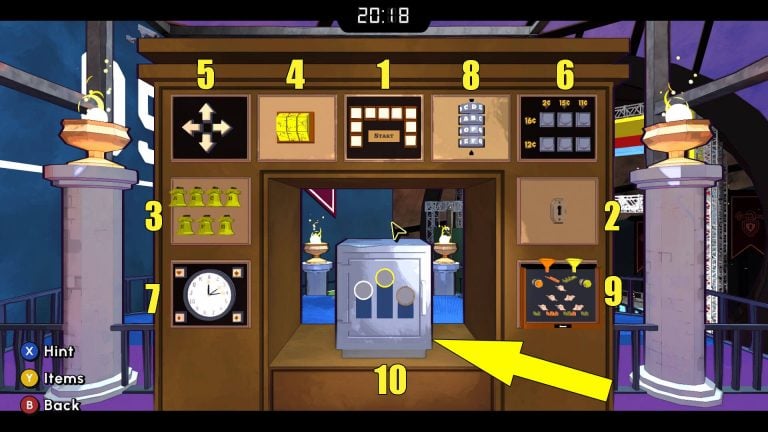 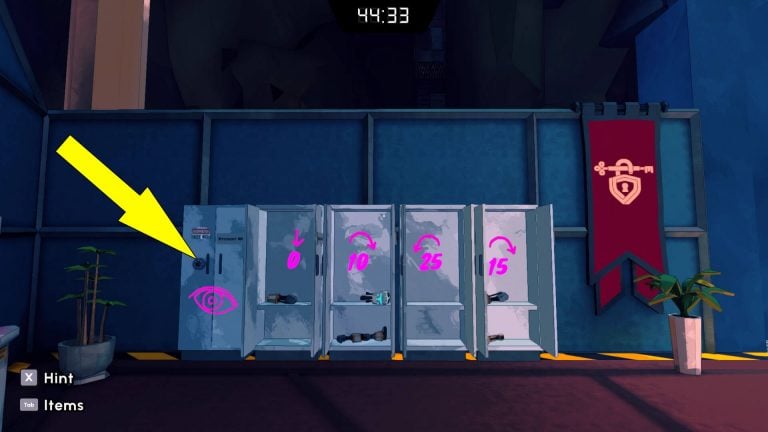 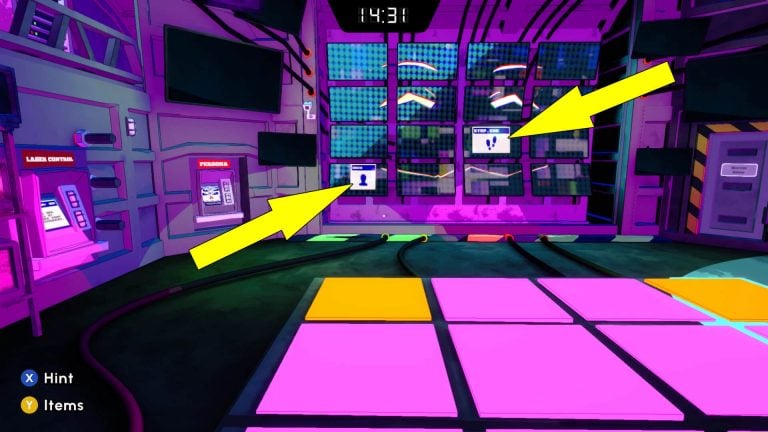 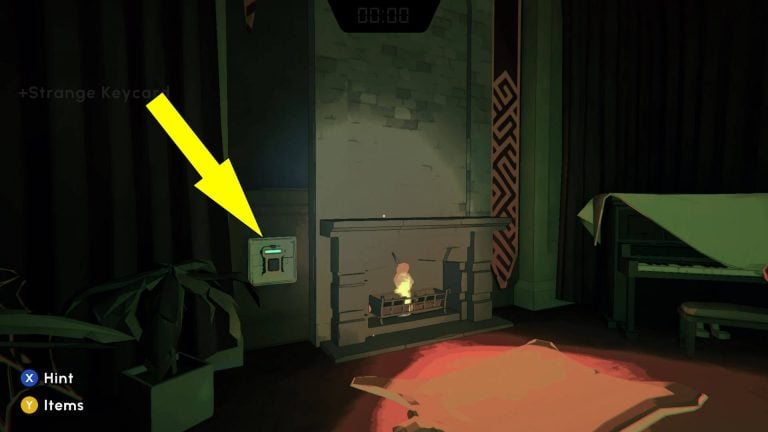 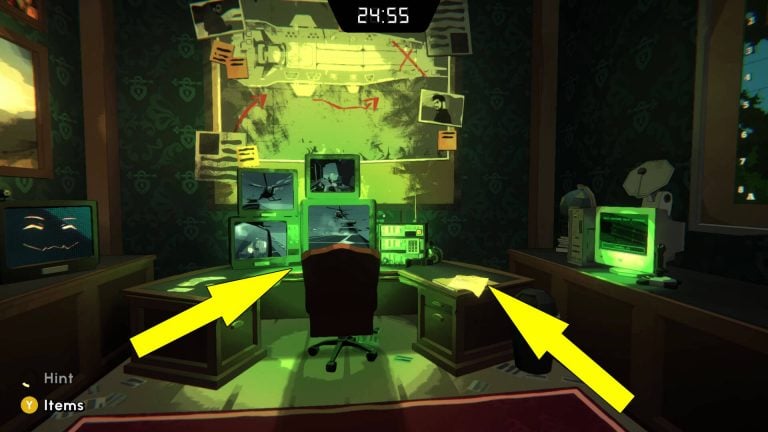 Escape Academy The Breakout is the fifth level you’ll unlock after completing Escape Artist we covered in this walkthrough, and, of course, Under Pressure which we also explained in depth in…

Escape Academy Tea Kettle is one of three escape rooms unlocked upon completing The Breakout level we talked about in this guide. The other two are Lab Rat (covered in…