The Dragon Ball Z Kakarot Frozen Rabbit Meat is considered one of the rarest types of meat or cooking ingredients in the latest DBZ video game, but that’s because there is a huge misunderstanding regarding its location.

Honestly, I fell for it too when I played the game for the first time, and as you can see in the guide below, the only location I was able to find is a “not-so-secret” cave.

Later, though, while exploring the same area where the cave is located, I found out that the DBZ Kakarot Frozen Rabbit Meat is way easier to get.

In fact, the Premium Raindeer Meat is harder to find than this Rabbit Meat.

But first, let’s talk about the cave I have mentioned above because it remains the first location you’ll need to visit if you want to find Frozen Rabbit Meat in Dragon Ball Z Kakarot, the video game developed by CyberConnect2 for PC, PlayStation 4, Xbox One, and Nintendo Switch.

The cave you’ll want to find is located in Darlinge Polynya area which is unlocked later in the game.

I will not spoil the game in this guide, and there is no reason to worry about the Rabbit Meat until Chi-Chi asks for it.

This will happen during one of the main stories, and until that point, nobody will ask you for this type of meat.

When you reach that point in the story, Darlinge Polynya will be available for exploration.

Along with this type of meat, you’ll also need River Shrimps and 3 High-Quality Onions.

As you can see on the map below, the cave in question is located in the northern part of Darlinge Polynya, very close to a fishing spot.

When you get there, you will be able to enter the small cave where a dino can be seen. It is dead, so no need to try and kill it. I tried that.

Instead, focus on the ice blocks you see near the dead dino. If you destroy them, you’ll be able to find the Rabbit Meat.

You can see the ice blocks in the following picture. All you have to do is to smash them and the Frozen Rabbit Meat will drop.

While in this cave, you may also want to shoot the crystals on the walls because they contain a lot of rare Gray Meteorites.

As mentioned above, a common mistake is to believe that the Frozen Rabbit Meat can be found only in this cave.

The truth is that you can also get some units for completing the Master sub-story for Master Roshi.

He will give you several Frozen Rabbit Meat pieces as well as Select Beast Meat.

But even more interesting is the fact that you can find more ice blocks simply by exploring Darlinge Polynya.

Simply fly around and you will see a lot of ice blocks outside, especially on top of the mountains.

If you run out of ice blocks, fast-travel to another location, then return to Darlinge Polynya.

The ice blocks will respawn. The dino in the cave will still be dead, though.

So did you manage to find this type of meat? What is your favorite farming location?

Let me know in the comments below and I’ll add it to the guide.

Finally, make sure you check these DBZ Kakarot guides for all rare materials and ingredients in the game. 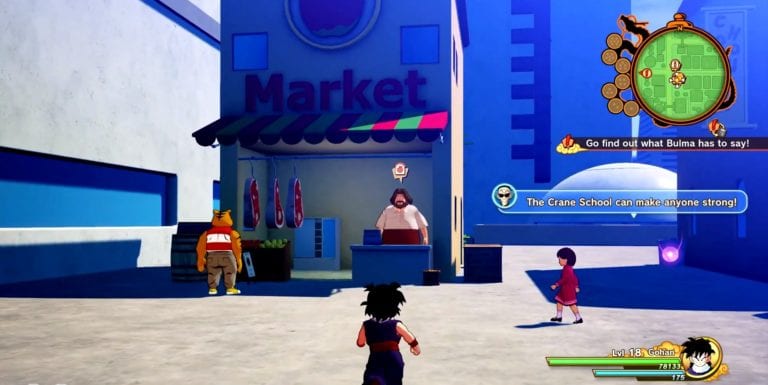 Now that we know where to find the common Beast Meat, it’s time to discuss a better version of this ingredient featured in Dragon Ball Z Kakarot, a type of…

The Dragon Ball Z Kakarot Gray Meteorites are crafting materials you need in order to build Lvl. 10 Speed Chips and Lvl. 10 Jump Chips. Both of them are required…

The Dragon Ball Z Kakarot Meaty River Snails are also cooking ingredients you’ll need to find while playing the latest DBZ video game, but more important than this, they are…

The Dragon Ball Z Kakarot Fish Eggs locations guide below is another request I received from a player interested in farming Fish Eggs for cooking in DBZ Kakarot. Unlike my…