The Quarry Chapter 3, Trouble In Paradise, continues the events of Chapter 2 after the group of teenagers was surprised by Emma’s actions, and the following walkthrough focuses on the best choices you should make to keep everyone alive.

The Quarry Chapter 3 walkthrough covers the choices you must make so that all teenagers survive the night at Hackett’s Quarry Summer Camp while also outlining the choices for getting everyone killed or only specific characters.

As you know from our previous Quarry walkthroughs, during the first playthrough, you’ll want to focus on finding as many collectibles as possible (you can check all Chapter 3 collectibles locations here) and also ensure that none of your characters gets killed.

During the subsequent playthroughs, you can opt to kill everyone or only specific characters to unlock the remaining achievements/trophies.

So, let’s see what you must do in Chapter 3 of The Quarry and what dialogue choices you should pick.

Chapter 3, Trouble In Paradise, featured in the latest video game developed by Supermassive Games, is relatively short compared to the previous one.

It includes two sections where you can free-roam to get all collectibles, but one of them is tied to a decision you’ve made in the past (explained in-depth below).

The third Quarry Chapter starts with Abigail looking for Nick in the woods, and you’ll be playing as Abi.

When you obtain control over her, things are pretty straightforward, and the path you need to follow is linear.

If you look around, you’ll see a wooden fence in the distance; however, you do not want to move toward the fence.

Instead, take the first path on the left side and keep going left to be able to get the first Tarot Card in Chapter 3.

So, as you keep moving left, immediately after you pick up the collectible, make sure you Call Back for Nick.

The couple will eventually reunite and have a small chat while being spied on by someone. The best dialogue choices here are:

Next, you’ll want to Kiss Nick when prompted to do so. Even if you decide not to kiss Nick, you won’t change the following events.

So, after this romantic scene, the two teenagers will start investigating nearby areas.

As Nick gets attacked, you’ll have an important choice: Run to Camp or Help Nick.

The best action here is to Help Nick, so make sure you pick the option on the right side, then get ready for a QTE.

While trying to help Nick, Abi is interrupted by the creature that attacked him. At this point, she’ll start running through the woods, and you’ll have several actions you have to complete in quick succession.

What you do next is quite essential, as well as what you SHOULD NOT DO:

After the monster leaves, you’ll start the next section with Emma and Jacob. Before moving forward, it is worth mentioning that during your second playthrough, you’ll want to follow the same steps as above, but instead of holding your breath, you’ll want to fail the event.

Or simply put, DO NOT PRESS X or A when the monster searches for Abi. This way, she’ll get bitten, and she’ll be infected. Although she won’t die, you’ll be able to save a lot of time while looking to unlock the Blood Pact trophy achievement.

The Quarry Chapter 3 and our walkthrough continues at Hackett’s Quarry Boathouse, where Emma finds a heartbroken Jacob.

After a short discussion with no choices from you, Emma convinces Jacob to enjoy one last night at the camp and one last swim.

Your objective is to get some towels from the boathouse; however, before doing this, make sure you retrieve all available collectibles we have outlined here.

There are other items you can interact with (such as the binoculars in the boathouse), but none of them affect the upcoming events. So take your time exploring the place, and when you are ready to progress, head upstairs and check the shelf on the right side.

Even though Jacob won’t’ find any towels, you’ll still get to swim with Emma, so head back to the dock below and make sure you pick the following options:

After these Chapter 3 Quarry dialogue choices, the events are altered by one of the decisions you made in Chapter 1 (as we already explained here).

If you decided to break the Fuel Line of the car in the camp, Jacob starts running to help Abigail, and there is nothing you can do to prevent this.

On the other hand, if you went with the Rotor Arm, you’ll get the chance to Dive In and collect the third Quarry Evidence. So, the correct choice is Dive In.

While underwater, go with the following choices:

When Jacob returns to the surface, the action moves to Ryan and the rest of the characters.

At the Firepit, you’ll play as Ryan, who has a small gossip with Dylan and Kaitlyn. Their chat, however, is interrupted by Abigail, and here you’ll want to get ready for some critical decisions you don’t want to miss.

Also, there is a quick succession of events you may want to focus on.

When Abigail arrives, pick the following:

Several seconds after Ryan leaves the camp, you’ll have to choose between taking the shortcut or following the path in the forest.

The best Quarry Chapter 3 choice here is to take the shortcut, as you’ll unlock the Nick of Time trophy/achievement.

When taking the shortcut, you’ll have some additional steps:

Upon reaching Nick, make sure you Shout at the person next to him, then Shoot the strange character. It doesn’t matter if you hit him or not, as he can’t be killed.

After completing the previous section, you’ll be transferred to Jacob, who ends up in the woods, naked.

This event occurs regardless of what you picked earlier, and the first choice is Ignore the Call Out option. Stay silent, then quickly mash the X/A button and try to escape the trap.

When the strange folk appears, choose Pleading – Let me down, then Ignore the Throw Dirt option.

While the last choice may look strange, the big guy is trying to save Jacob by covering his face with blood.

So this choice is critical in keeping Jacob alive, which is the goal of our Quarry Chapter 3 walkthrough. Now, the chapter ends, and after the old lady tells you about the Tarot Cards you found, you are free to Move On and start Chapter 4, covered here. 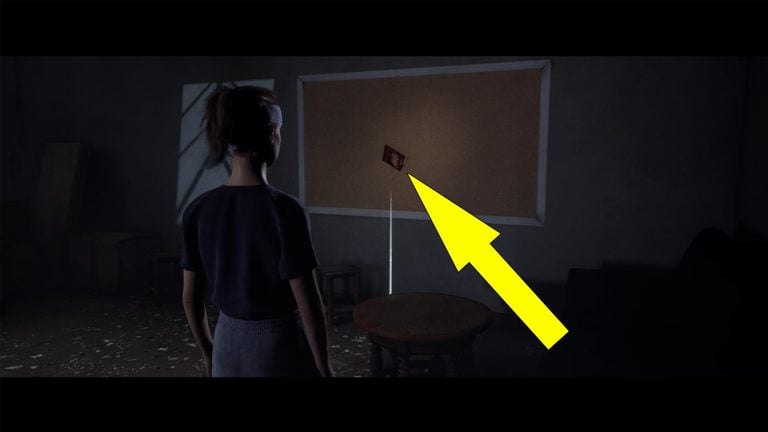 Upon finding all Clues, Tarot Cards, and Evidence in Chapter 6, it’s time to focus on The Quarry Chapter 7 collectibles, which are trickier to get, especially because one of them is… 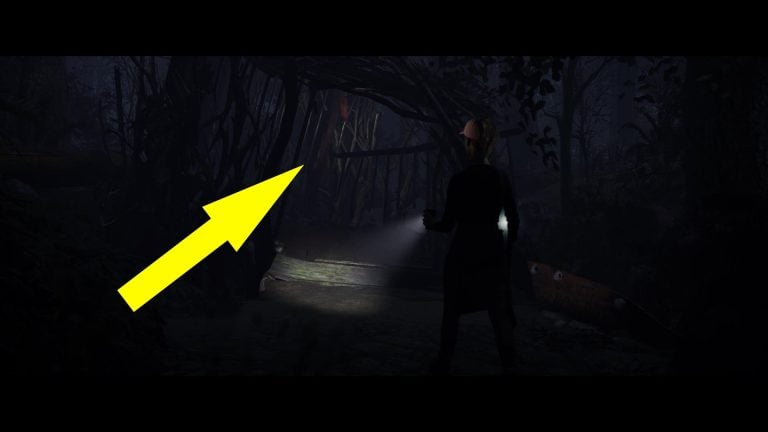 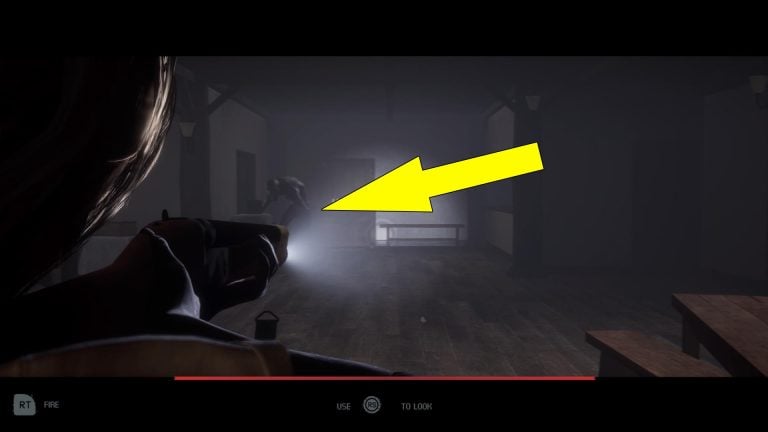 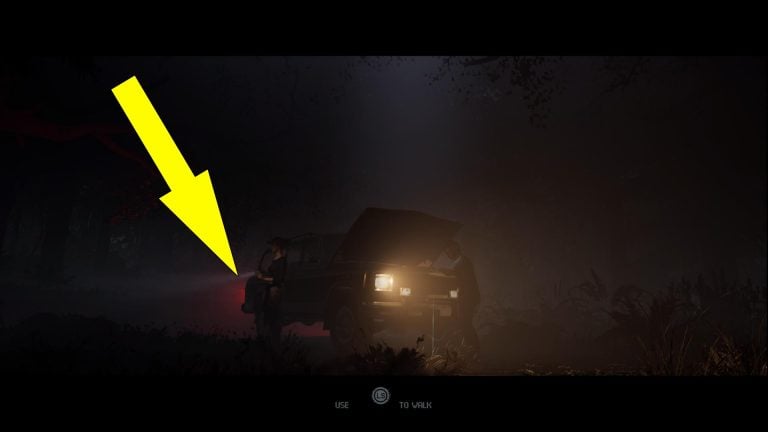 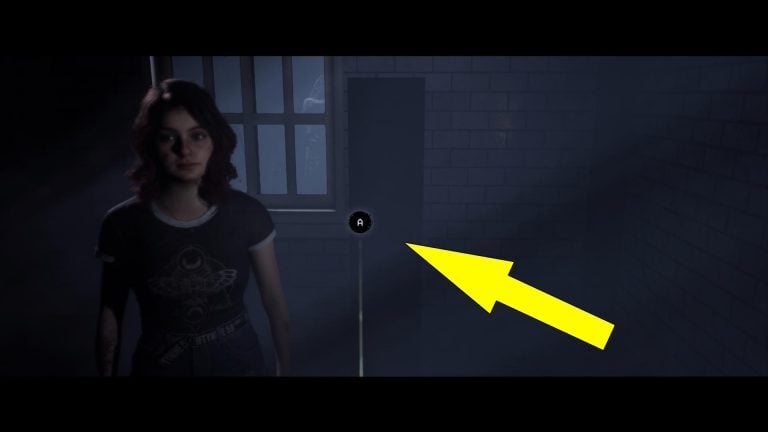 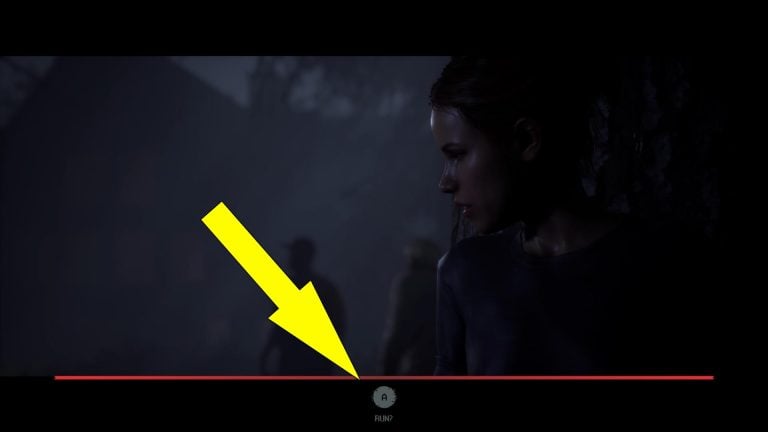 The Quarry Chapter 6, Prayers By Night, continues the events at Hackett’s Quarry Summer Camp, where Nick got bitten by the monster and Dylan lost his arm, as you can remember from…