Saints Row 2022 West Flats Discoveries are mandatory when it comes to taking over the Marshall Territory found within the city area of Santo Ileso, east of Badlands South.

Although Saints Row West Flats is a medium-sized region, it is quite poor in Discoveries, meaning that you only need to complete 9 of them to fill the yellow bar on your in-game smartphone.

Furthermore, the Saints Row Reboot West Flats Discoveries are very accessible; however, assuming you need help with them, below, we’ll discuss their locations and how to complete every activity that counts as a Discovery.

The list of Discoveries in West Flats includes the following:

As you can see, this region has no Rooftop Accesses and no Hidden Histories.

On the following West Flats locations map, we have pinpointed all 9 Discoveries you must find and complete.

Your objective is to follow the order on our map and travel from one location to another, completing the corresponding activities.

Where To Find All West Flats Drug Pallet Pickups

The first type of Discoveries we’ll approach in our guide is represented by the Drug Pallet Pickups that award you XP and cash.

Discoveries 1-3 (Drug Pallets): On Top Of Some Deposits

For the first batch of Drug Pallets, drive to the spot we have marked in the northwestern area of West Flats.

Upon getting close, you’ll find a complex of deposits that are very easy to climb.

Look around, and you’ll see the three Drug Pallets on the roofs.

Further south from the previous Pallets, you can find the next three. These West Flats Drug Pallet Pickups are inside a construction yard at the location marked above.

Get inside the construction area and look for some containers.

One Pallet is on top of the green container; the second is on the ramp on top of some large concrete pipes.

The third one, as you can see in the following screenshot, is sitting near the concrete southern wall.

How To Complete All West Flats Photo Hunts

Discovery 7 (Photo Hunt): On Top Of A Bowling Alley

Following the order on the map above, the first Photo Hunt in West Flats requires you to photograph a bowling pin.

It goes without saying that the bowling pin requires a bowling alley, which is the building marked on our map.

Head to the location of this Discovery and pull out your phone’s camera while standing in front of the large bowling alley.

Align your camera and take a picture of the bowling pin that’s on the left side of the ball.

The second Photo Hunt Discovery in West Flats is on the southern side of the area, and to complete it, you’ll need to photograph an old railroad water tower.

The said water tower is outside a construction yard. When you get to the location marked on our map, look for what’s left of it near the yard’s fence.

Specifically, you’ll only see the upper part of the wooden container used to hold the water.

Here is what you are looking for.

Where To Find The West Flats Dumpster Diving

The 9th and final West Flats Discovery you must complete in this region is the Dumpster Diving which is also quite accessible.

At the location marked on our map, you’ll find a shopping area. Go around the stores, and in the parking lot, you should be able to find the golden dumpster.

Inspect it as it contains the Garbage Bag Shirt.

And that’s about it. You just found all West Flats Discoveries in the latest video game developed by Deep Silver Volition. 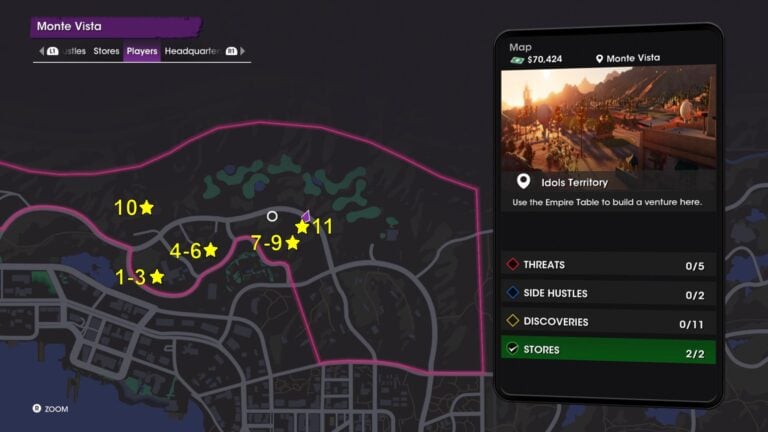 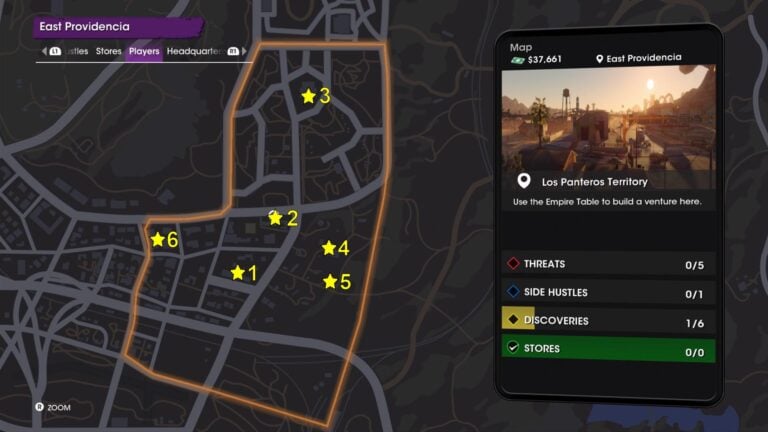 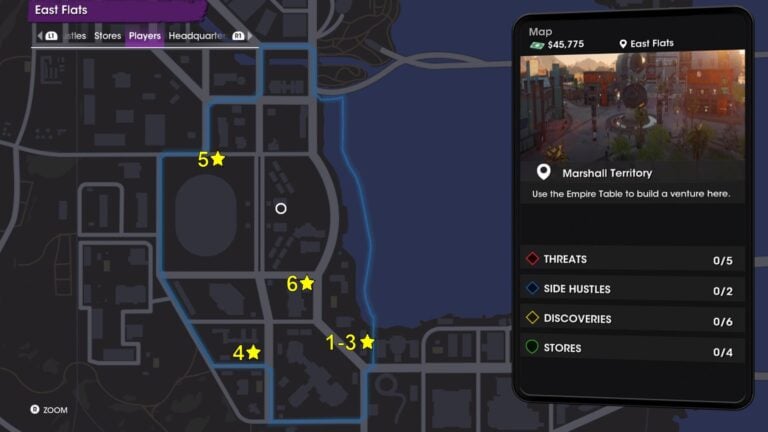 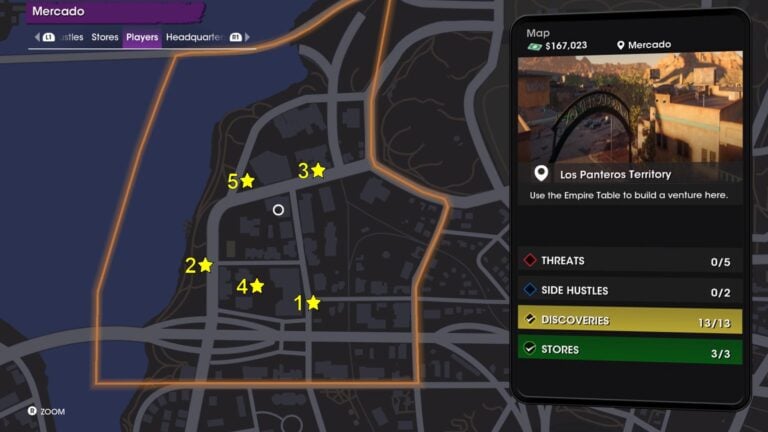 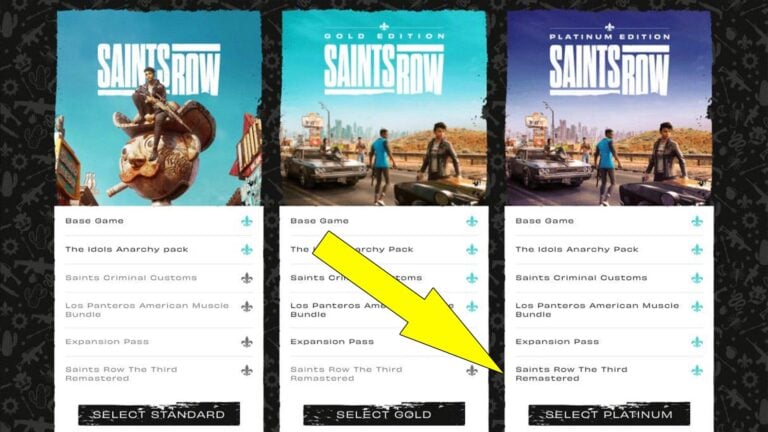 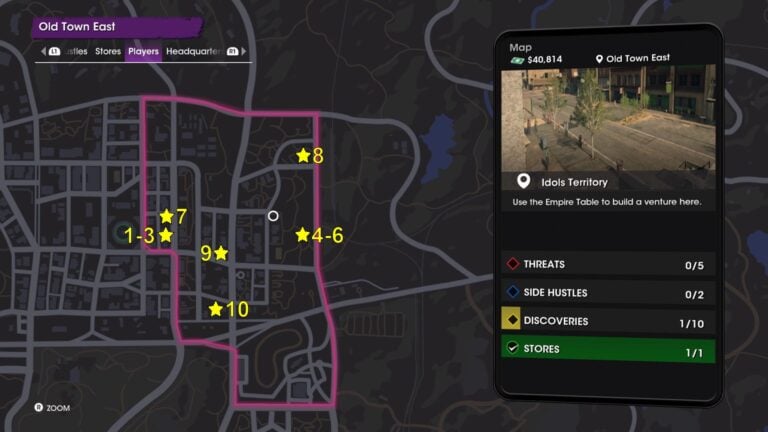 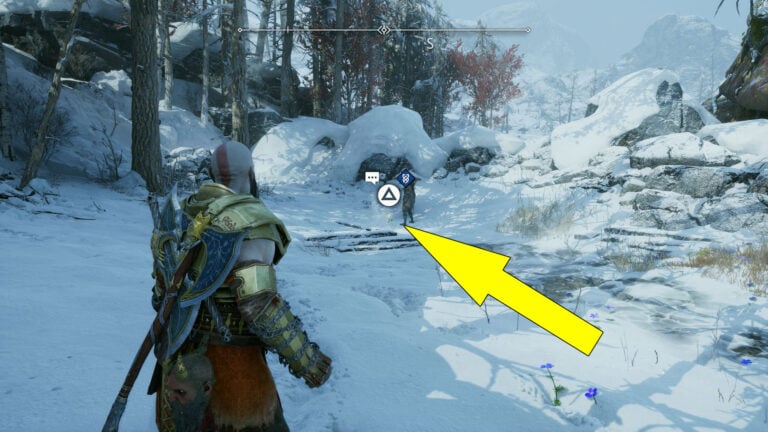 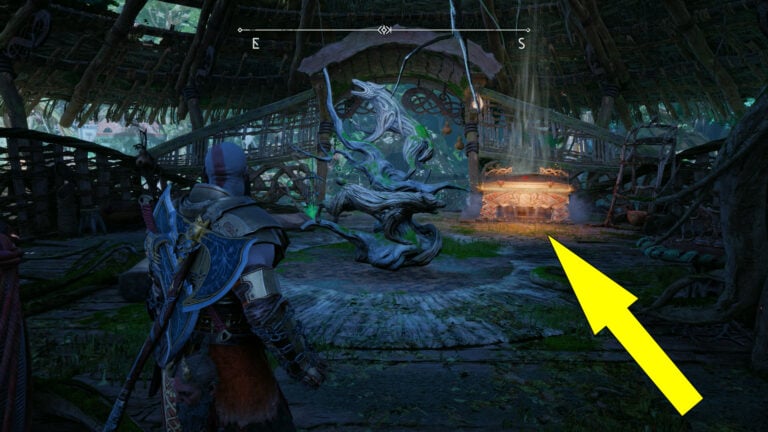 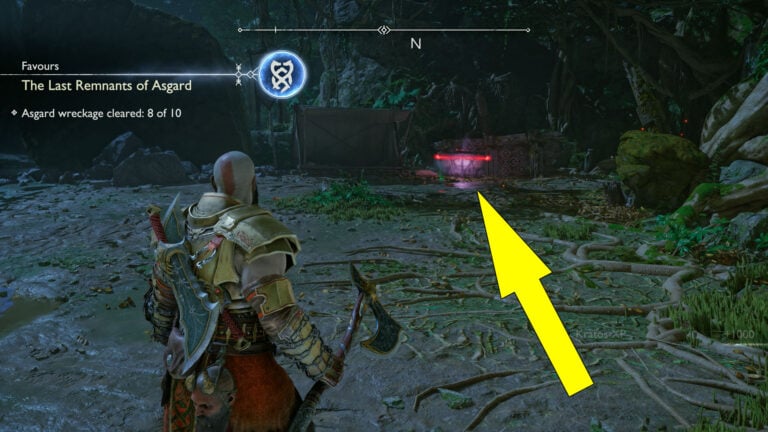