Darkglare Plate is an Immortals Fenyx Rising Gorgon Armor Set breastplate customization skin you can unlock while exploring the Valley of Eternal Spring area of the video game developed by Ubisoft.

The Immortals Fenyx Rising Darkglare Plate armor skin is found inside a Valley of Eternal Spring Epic Chest, located in a mountain cave on the eastern side of the map.

A fearsome set of armor crafted from stone, venom, and malice

Where To Find The Gorgon Armor Set Darkglare Plate

This Immortals Fenyx Rising Gorgon Armor Set Skin is inside a Valley of Eternal Spring chest on the eastern edge of the area. It’s easy to spot at the location marked below.

Obviously, to get it you’ll need to solve another puzzle, which is a bit tricky. 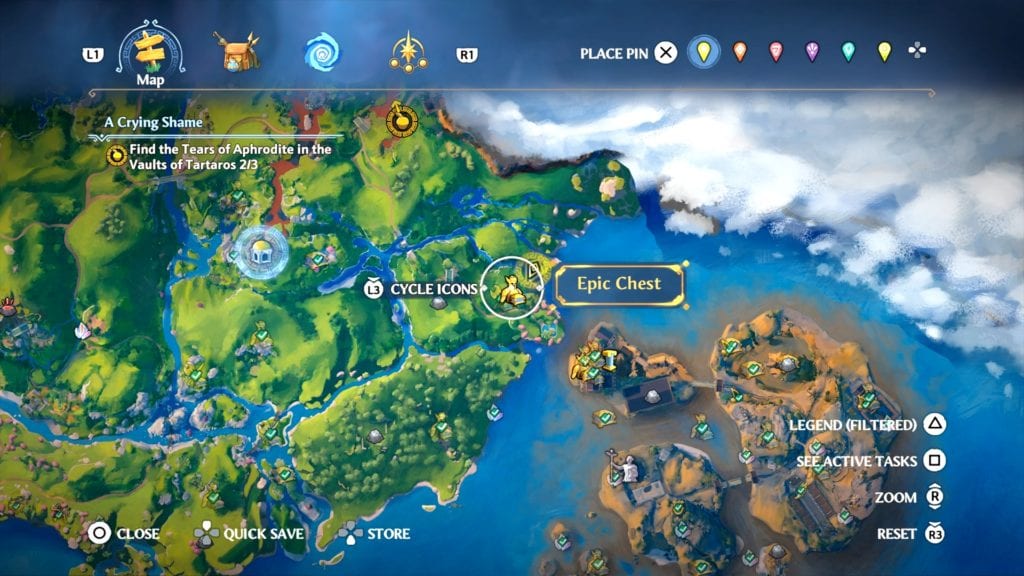 The Epic Chest containing this skin is inside a cave that is protected by several rather weak enemies.

After you arrive at the location marked on my map, deal with them, then look around to spot a forcefield that is blocking the cave.

While facing it, head right to find a breakable wall on the right side of the main entrance. As you see in my screenshot.

Check This Too!  Immortals Fenyx Rising Gorgon Armor Set: How To Unlock The Stoneglare Plate

Break the wall with your axe, and activate the switch by the door, removing the red barrier.

Now head outside and in front of you, there are some old ruins.

Climb on the right side where you can see a brazier.

Now, while standing next to the brazier, fire an Appolo’s Arrow and guide it through the front door of the cave.

Hit one of the pillars by the grated door inside the cave.

Do the same with the second one and the door opens, thus the chest is yours to claim.

That’s how you unlock the Darkglare Plate Skin for all Immortals Fenyx Rising armors.