Bristled Helm is an Immortals Fenyx Rising Armor Of The Boar Set gear piece (Helmet) you can unlock while exploring the Valley of Eternal Spring area of the video game developed by Ubisoft.

The Immortals Fenyx Rising Bristled Helm is found inside a Valley of Eternal Spring Epic Chest located just north of the Hall Of The Gods.

Not many people make the mistake of underestimating a boar’s ferocity twice. Tell your enemies not to underestimate you with this fearsome helm.

Where To Find The Boar Armor Set Helmet (Bristled Helm)

The Immortals Fenyx Rising Boar Armor Set Helmet or the Bristled Helm is inside the Epic Chest you can see on my map below.

As you can notice it is several steps away from the Hall Of The Gods, to the north. This is most likely one of the first chests you’ll reveal in this area. 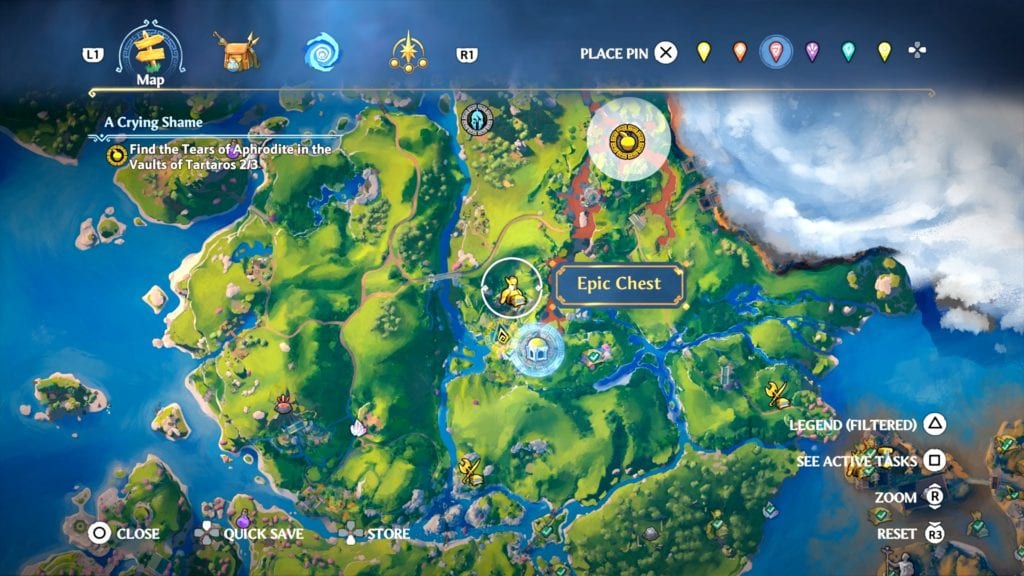 How To Unlock The Valley Of Eternal Spring Ruins Epic Chest

Once you arrive at the location on the map above, you’ll find some ruins and several enemies.

Check This Too!  Immortals Fenyx Rising Aphrodite Armor Set: How To Unlock The Love's Laurels Skin

Dispatch them quickly then look around to spot a cave. The chest you’ll need to collect here is inside.

So, the next thing you want to do is to climb to the tower that is opposed to the cave’s entrance. The one you see in my image below.

Here you’ll find a plate and obviously, you’ll have to step on it.

Once you do that you’ll be able to raise two grates.

In the same image above you can see one of the targets. It’s on the left side.

Simply hit that one with your Apollo’s Arrow.

Awesome job! Now the second target can’t be seen in my screenshot, but it is located in the room on the right side of the barrier. You can see a large hole.

Guide your Apollo’s Arrow and aim for the brazier on the ground, then hit the pillar inside the room to light up a pillar.

The final task is to activate two switches. By hitting the two targets you’ll raise two gates and these gates allow you to enter two rooms.

The first one is under the target on the left side, while the second one is on the right side of the hole in my screenshot.

Check This Too!  Immortals Fenyx Rising: How To Complete Aphrodite's Bewilderment Vault Of Tartaros

Activate the switches and the barrier in front of the cave is gone. Head inside and collect the chest.

That’s how you unlock the Immortals Fenyx Rising Bristled Helm or the Boar Armor Set Helm.