Medusa’s Lair is the first Immortals Fenyx Rising Vault of Tartaros that may cause some frustration early in the video game developed by Ubisoft; when you get to explore the Valley of Eternal Spring area.

The Medusa’s Lair Immortals Fenyx Rising Vault Of Tartaros is, as you are about to see; focused on gliding, without having to solve any mind-breaking puzzles.

This specific vault features only two objectives one of them being a vault chest that is not as easy to find as you may think. Since the instance requires a lot of gliding, attempting Medusa’s Lair Vault without upgrading Fenyx’s stamina is not recommended.

As such I recommend having at least two rows of stamina bars, before going inside Medusa’s Lair.

So, before we begin our guide let’s see some details about the Valley of Eternal Spring Medusa’s Lair Vault. 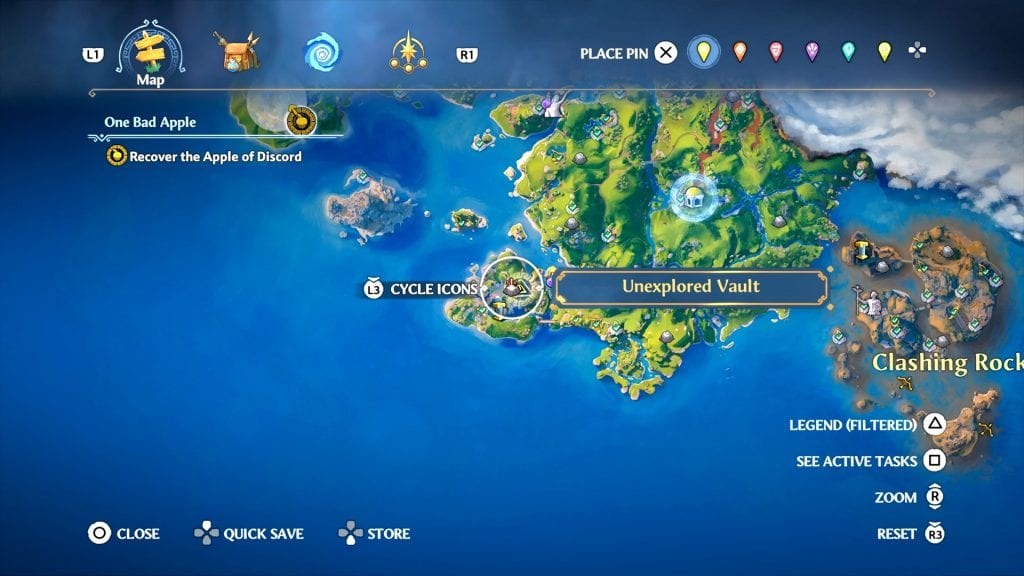 As you can see on my map above this Vault of Tartaros is located on the southwestern side of the Valley of Eternal Spring. You’ll find it next to Eros’s Heaven.

To complete this Vault your first goal is to enter the rift. If you encounter difficulties in finding it, look for a cave at the bottom of the ravine nearby.

The said cave is close to a Fresco Challenge. Get inside and jump into the vault.

When you enter, the first thing you’ll want to do is to activate the switch in front of you. This will activate a series of airstreams.

The goal here is to glide from one stream to another, and also get some altitude in the process.

The first series includes 4 airstreams. Try not to miss them, and eventually, you’ll find a platform where you can rest.

Now, from this platform (pictured below), you’ll have to guide through two cracked walls and two airstreams.

Make sure you don’t land on the spiked platforms. Just do it in one go and when you reach the other side you’ll see a checkpoint.

Activate the nearby switch and now look around because the most challenging part is about to begin.

The idea in the next section is to use the airstreams you activated in order to get as high as possible. And you can do this by moving in circles around the central pillars.

Obviously, I don’t have to tell you that you also need to avoid the laser beams.

So, as long as you gain altitude you’re on the correct path because your goal is to find the next checkpoint (pictured below), which is sitting on the highest section behind a wall made of lasers.

Where To Find The Medusa’s Lair Vault Chest

After you reach the checkpoint mentioned above, behind a door you’ll see a switch.

Turn left to spot the hidden chest in Medusa’s Lair. This however is trickier than you think.

Again, use this screenshot if you need help.

Now, while standing on the platform, shoot the target to activate more streams in front of you, and use those to get across the gap.

Loot the chest to get the Bristled Harvest Pelt, then retrace your steps back to the previous switch.

The next two sections in the vault (and the last ones) are pretty much the same, meaning that you’ll need to continue gliding from one airstream to another.

The only difference here is that there are boulders falling from the sky and avoiding them is mandatory, so make sure you place your camera accordingly so you can see them.

It is also worth mentioning that between the last two sections there is a platform you can use to recover your stamina and save your progress. This is the final checkpoint as you can see.

For the last section, the concept is the same. Increase your altitude by flying from one air vent to another and do not get hit by lasers or rocks.

At the end of the two sections, you’ll find the chest containing Zeus’s Lightning and the exit point.

That’s how you complete all the Immortals Fenyx Rising Medusa’s Lair Vault Of Tartaros objectives. 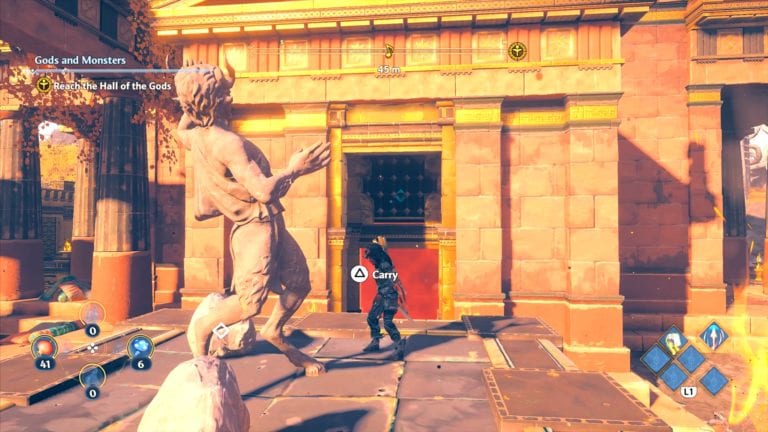 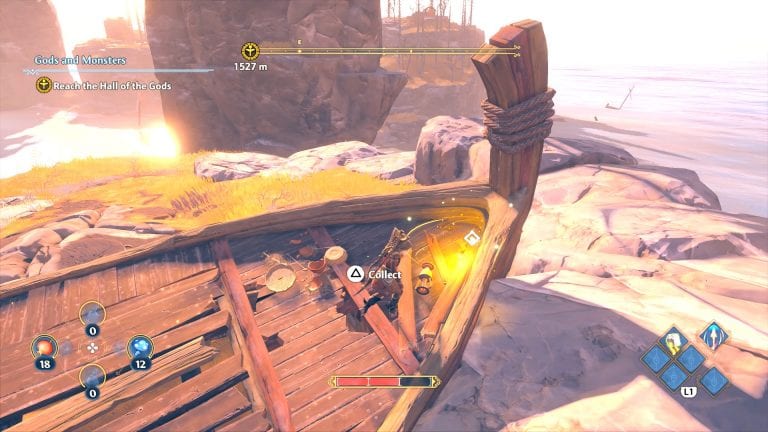 Immortals Fenyx Rising A Proper Sendoff is one of the hidden quests you can play in the Clashing Rocks area of the video game developed by Ubisoft, and to complete… 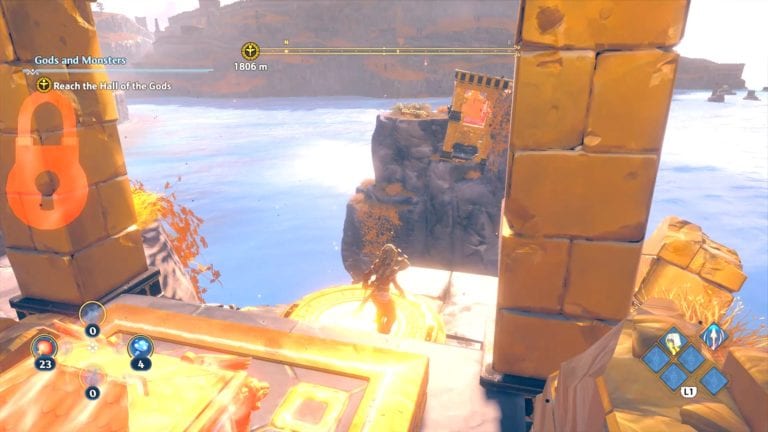 Stoneglare Plate is an Immortals Fenyx Rising Gorgon Armor Set gear piece (Breastplate) you can unlock while exploring the Clashing Rocks area of the video game developed by Ubisoft. The… 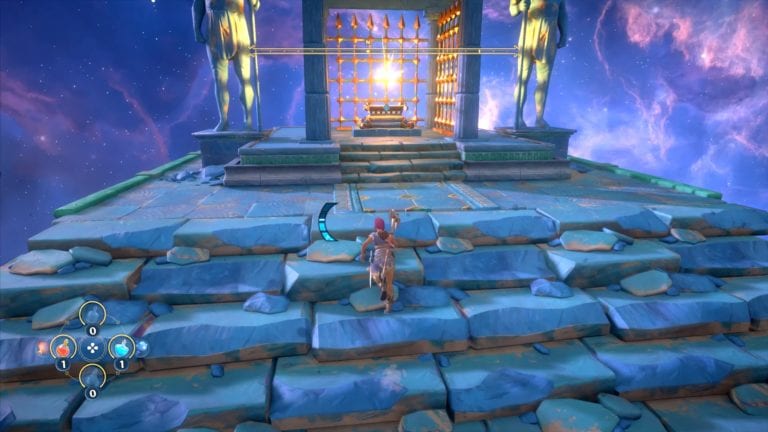 Immortals Fenyx Rising Passage In The Abyss is the first Vault of Tartaros you’ll have to complete in the video game developed by Ubisoft; and also the easiest one for obvious… 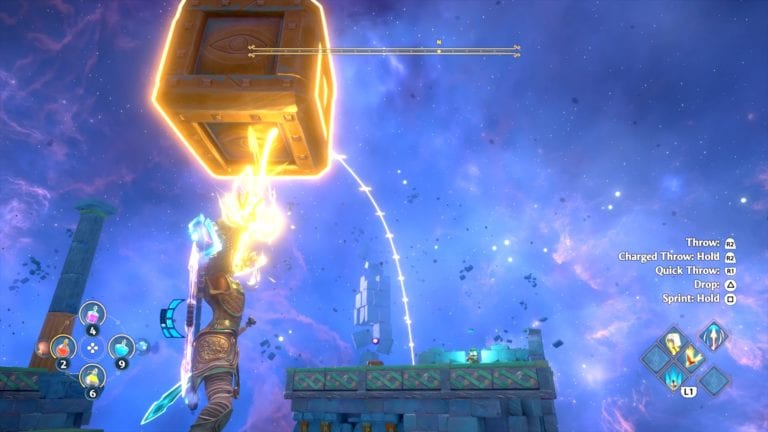 Immortals Fenyx Rising Aphrodite’s Bewilderment is one of the 60 Vaults of Tartaros you’ll have to complete in the video game developed by Ubisoft; and also one of the three… 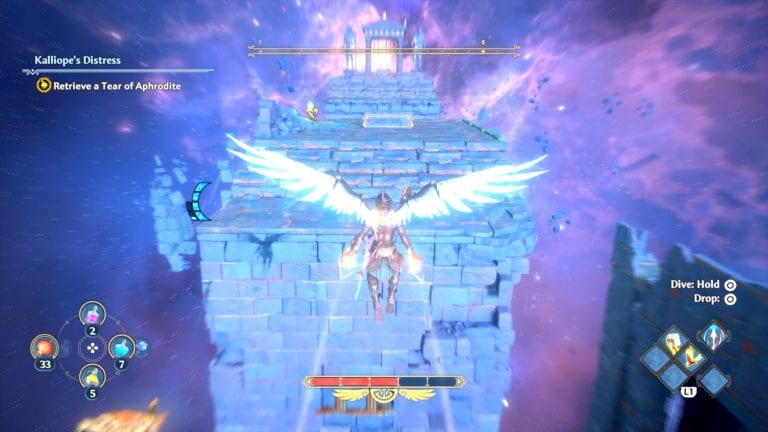 The Immortals Fenyx Rising Tears Of Aphrodite are quest items you’ll need to find early in the video game developed by Ubisoft, and although you may think they are easy…