The Immortals Fenyx Rising Cabbages play an important role not only for a healthy diet but also to open Vaults in the video game developed by Ubisoft, and one of these vaults; requires three cabbages we will discuss in the game guide below.

The said Vault of Tartaros is Aphrodite’s Bewilderment, and along with two other Valley of Eternal Spring Vaults (Adonis’s Fall and Kalliope’s Distress), must be fully explored in order to collect the three Tears of Aphrodite.

The tears are quest items you’ll need to find in order to progress the main story in the video game, so basically, you’ll have to complete all Vaults mentioned above to get them.

But Aphrodite’s Bewilderment can’t be accessed unless you solve the Cabbages Puzzle.

Simply put, the entrance to the Aphrodite’s Bewilderment Vault is behind a barrier, and to remove it you’ll need three cabbages. So below, I’ll tell you where to find them. 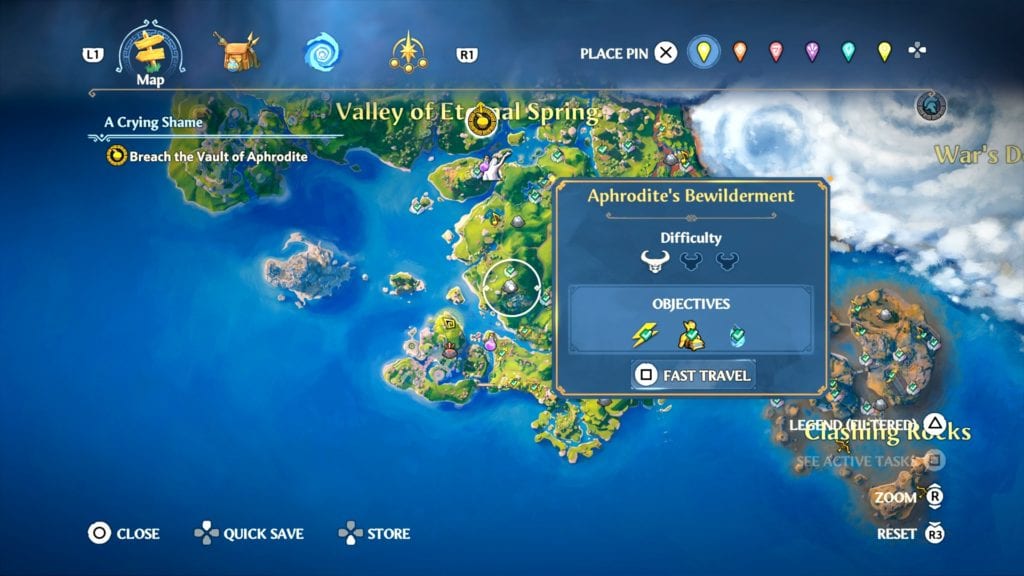 As you can see on my map above the Aphrodite’s Bewilderment Vault of Tartaros is located on the southeastern side of the Valley of Eternal Spring. You’ll find it just south of the Goddess of Love statue.

When you approach the location marked above you’ll see a cave and inside it a red barrier.

Check This Too!  Immortals Fenyx Rising Armor Of The Boar Set: How To Get The Bristled Summer Pelt Skin

So, you’ll need to find the three missing cabbages.

Here are where all three cabbages locations.

Where To Find Three Cabbages For The Aphrodite’s Bewilderment Rift

While facing the rift’s entrance or the red barrier, turn around and exit the cave.

Now, look up to the roof of the first house on the right side.

Climb and grab the cabbage in my image below.

Carry it and place the vegetable on one of the plates.

Good, now retrace your steps, and when you exit the cave turn left.

The second cabbage is on the roof of the first building. Easy right?

Carry it back to the cave.

Now, head back to the village and again turn left when you exit the cave.

The third and final cabbage is located on the roof of the second house, several steps away from the second one.

Again, carry the green plant and place it on the third empty plate.

And that’s it. Now the Aphrodite’s Bewilderment Vault Rift is ready to be explored.

That’s how you complete the Immortals Fenyx Rising Cabbages Puzzle for A Crying Shame quest.