Bristled Summer Pelt is an Immortals Fenyx Rising Armor Of The Boar Set breastplate customization skin you can unlock while exploring the Clashing Rocks area of the video game developed by Ubisoft.

The Immortals Fenyx Rising Bristled Summer Pelt armor skin is found inside a Clashing Rocks Epic Chest, in Hermes’ Secret Hideaway; and let me tell you that this one is the trickiest in the video game.

Why? Because the Immortals Fenyx Rising Hermes’ Secret Passage is a location that can’t be reached by normal means.

But first, let’s quickly go over the content of the Hermes’ Secret Hideaway Epic Chest or the Bristled Summer Pelt Skin.

A boar’s favorite summer pastime is sunning their broad shoulders – because when they’re warmed up, they’re ready to rumble.

Where To Find The Boar Armor Set Bristled Summer Pelt

This Immortals Fenyx Rising Boar Armor Set Skin is inside a Clashing Rocks chest near the Observatory. You can see its location on my map below.

The good thing about this chest is that it’s sitting in plain sight, meaning that you don’t have to solve a puzzle to get it.

Check This Too!  Immortals Fenyx Rising Oceans Of Offspring: How To Find Tethys And Oceanos's Children

The bad thing though is that this chest is in Hermes’ Secret Hideaway which is a location that can be accessed only by chance. 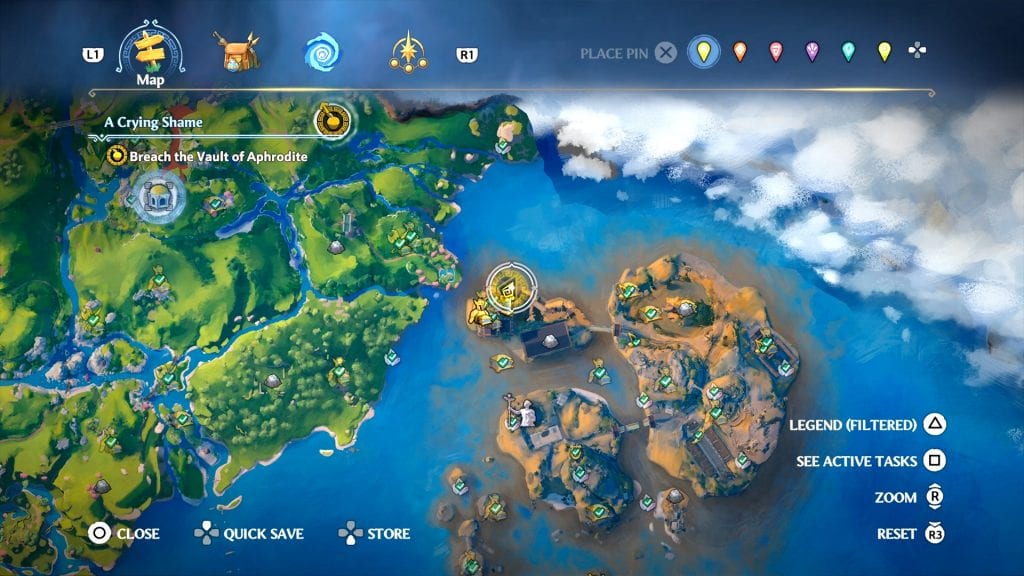 How To Enter Hermes’ Secret Hideaway

Ok, so we do know where it is, now the problem is to get inside Hermes’ Secret Hideaway which is basically a room that can’t be accessed from outside.

The idea here is that Hermes’ Secret Room or Vault is randomly accessed, and to get inside; Fenyx must die.

There is also a second requirement.

First, you’ll have to meet Hermes by advancing through the game’s story or plot.

This means that you have to reach the Hall of The Gods.

Once you do that, this specific hidden room can be accessed but there is also the problem of dying.

For me, this happened while fighting Kallisto or the Legendary Bear.

The beast managed to put me down, then after a short sequence similar to falling off-screen, I woke up in Hermes’ Secret Room.

Usually when this happens most people may get angry, but it’s actually a good thing because you’ll have the chance to enter this room which is quite tricky.

The point here is to not leave the vault without opening the chest in my image below because it’s quite unclear if you’ll be able to get back here a second time.

Check This Too!  Immortals Fenyx Rising: How To Complete All Clashing Rocks Lyres Myth Challenges

So, after you get the chest you’ll also have to get out.

You can do this by interacting with the fireflies on the other side of the room.

Just in case you need additional info about when exactly I entered Hermes’ Secret Vault; well, it was before breaching the Vault of Aphrodite, but I think this is less important.

What is important is to help Fenyx commit suicide. Even if you have to drown or jump off the highest cliff.

Since this room is very unusual there might be other ways to get inside; so let me know your method to get this Epic Chest.

That’s how you unlock the Bristled Summer Pelt for all Immortals Fenyx Rising armors.