Ratchet & Clank Rift Apart Galactic Ranger Armor is one of the 8 Armour Sets you can collect and use in the video game developed by Insomniac Games for PlayStation 5 if you wish to increase your melee damage by 20%.

The Ratchet & Clank Rift Apart Galactic Ranger Armour Set requires you to find three pieces in order to be able to trigger the Collection Bonus which increases the said damage.

Since these are located in specific areas, and on specific planets, below I’ll tell you where to find all of them. So, let’s see how to get the Galactic Ranger Armor in Ratchet & Clank Rift Apart.

Check This Too!  Ratchet & Clank Rift Apart Viceron: Where To Find The Armour Parts

Once you get all three pieces, if you equip them you’ll get the melee damage bonus, as you can see below.

Now, let’s cover them one by one and see what you need to do if you want to become a Galactic Ranger.

Since Planet Sargasso is accessed quite early in the video game, let’s start with the Galactic Ranger Helmet.

This Armour Piece is found while playing the game’s story.

Without spoiling your adventure, simply follow the main quests, and eventually, you’ll be asked to catch a Speetle to traverse the acid swamps.

This objective appears when you play as Rivet.

Now, as you can see below, in order to progress through the story, you’ll need to enter a Pocket Dimension in southern Sargasso. 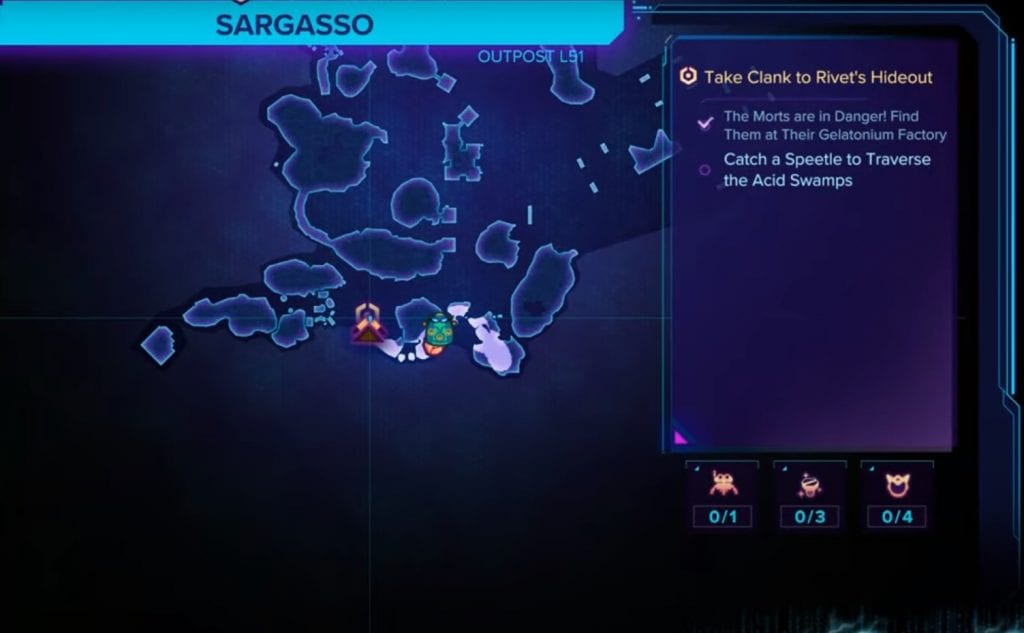 Get inside the Pocket Dimension then continue to advance until you reach the Speetle Nest.

Disturb it, then mount a Speetle.

The moment you start riding the Speetle, head to the small island with a crane on it.

It is right in front of you, only several steps away from the nest; as you can see in my screenshot. 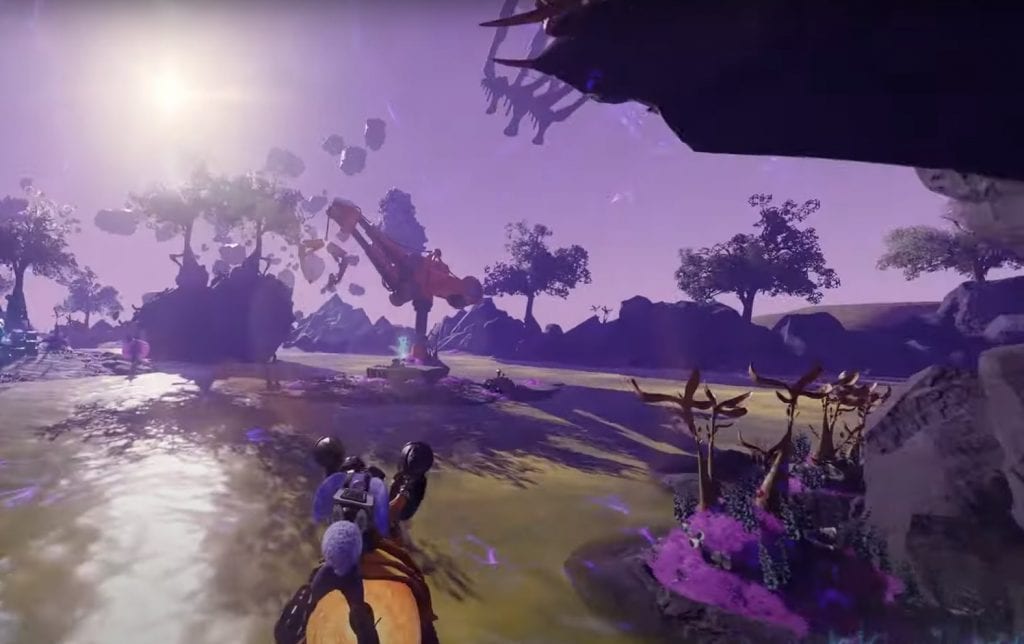 How To Get The Ratchet & Clank Rift Apart Galactic Ranger Boots

The Galactic Ranger Boots, are also found on Planet Sargasso but unfortunately, you won’t be able to get them until later in the game.

Check This Too!  Ratchet & Clank Rift Apart Savali: Where To Find All Gold Bolts

Specifically, you’ll have to complete your journey on the third Planet, named Scarstu Debris Field.

Once you do that, using your ship, you’ll have to return to Planet Sargasso where a new quest becomes available.

The quest giver is Trudi, found at the location on my map below. 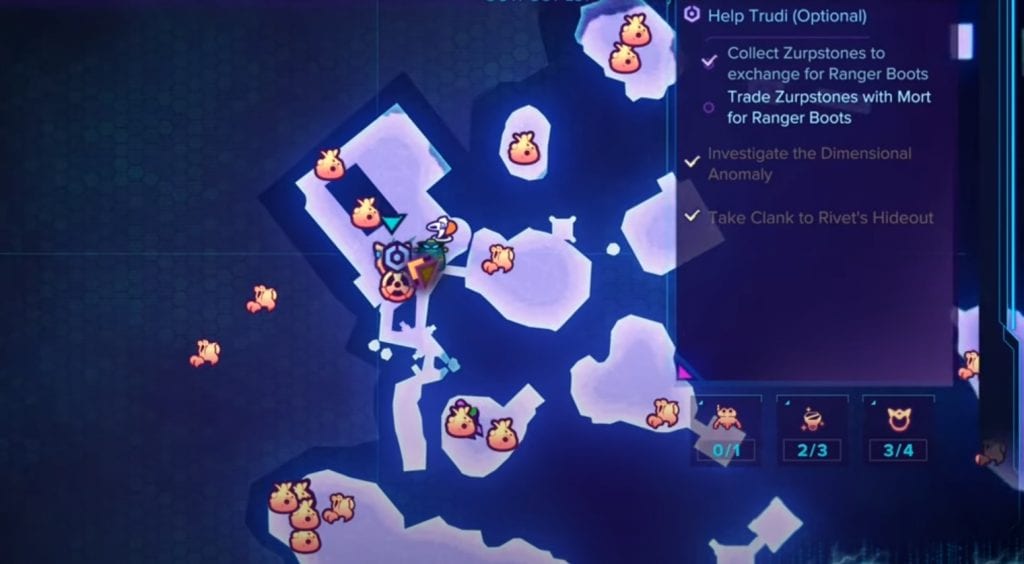 To help Trudi you’ll need to collect 30 Zurpstones that appear on your map.

You can also see their icons in my screenshot above.

The moment you get 30 Zurpstones, Mort (pictured below) will give you the Ranger Boots. 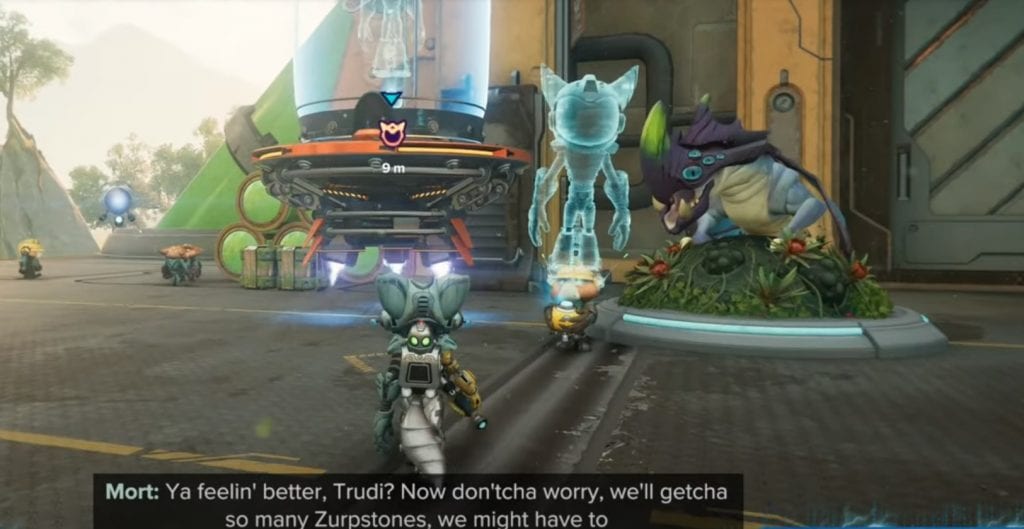 Finally, in order to complete this set, you’ll need to get the Galactic Ranger Chest from Planet 5: Blizar Prime.

This armor piece is located inside another Dimension Pocket in the northeast.

The location (marked below) is best approached while looking for Chef Tulio. 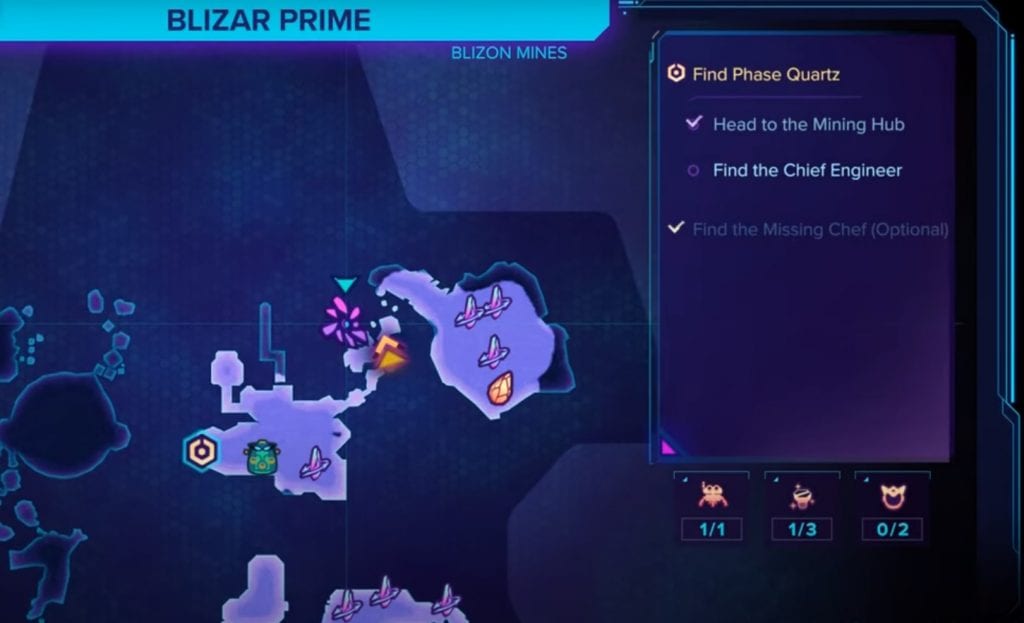 Once inside the Dimension Pocket, start activating the switches in order to get to the other side.

This is a very accessible challenge you can complete in less than a minute.

The Galactic Ranger Chest Piece (also pictured) is found on the other side of the Dimension Pocket. 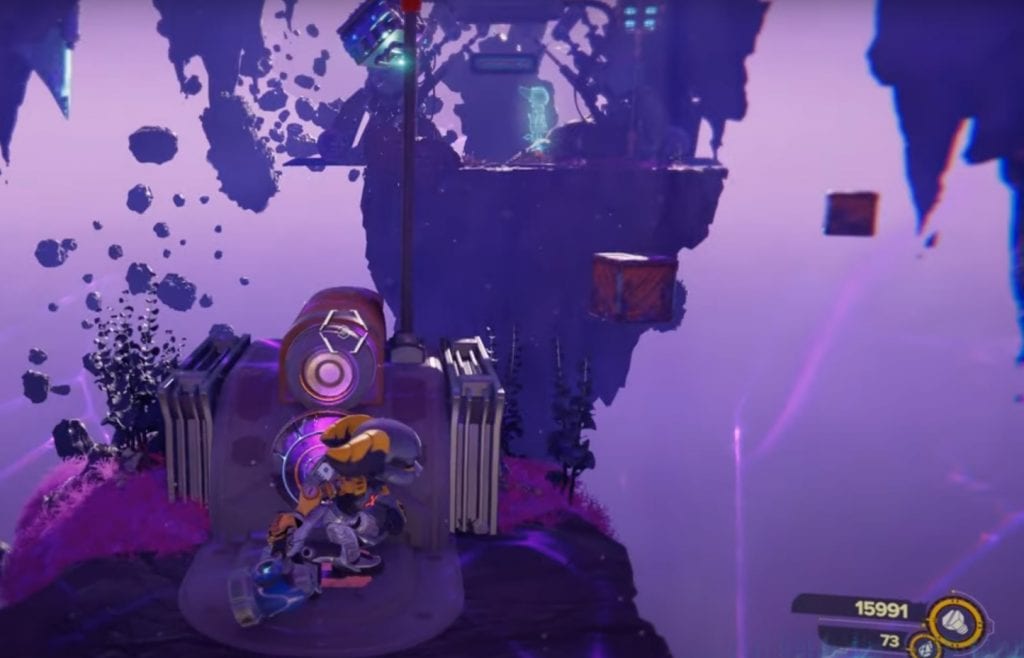 After you get the Chest Armor, your Ratchet & Clank Rift Apart Galactic Ranger Armor Set is complete; so go ahead and equip it to deal more melee damage.