Ratchet & Clank Rift Apart Robot Disguise Armor is one of the 8 Armour Sets you can collect and use in the video game developed by Insomniac Games for PlayStation 5 if you wish to decrease the damage from Nefarious enemies by 20%.

The Ratchet & Clank Rift Apart Robot Disguise Armour Set requires you to find three pieces in order to be able to trigger the Collection Bonus which decreases the said damage.

Since these are located in specific areas, and on specific planets, below I’ll tell you where to find all of them. So, let’s see how to get the Robot Disguise Armor in Ratchet & Clank Rift Apart.

Check This Too!  Ratchet & Clank Rift Apart Corson V: Where To Find All Gold Bolts

Once you get all three pieces, if you equip them you’ll get a damage reduction bonus, as you can see below.

This Armour Piece is found inside the Pocket Dimension on the eastern side of the market area pictured below. 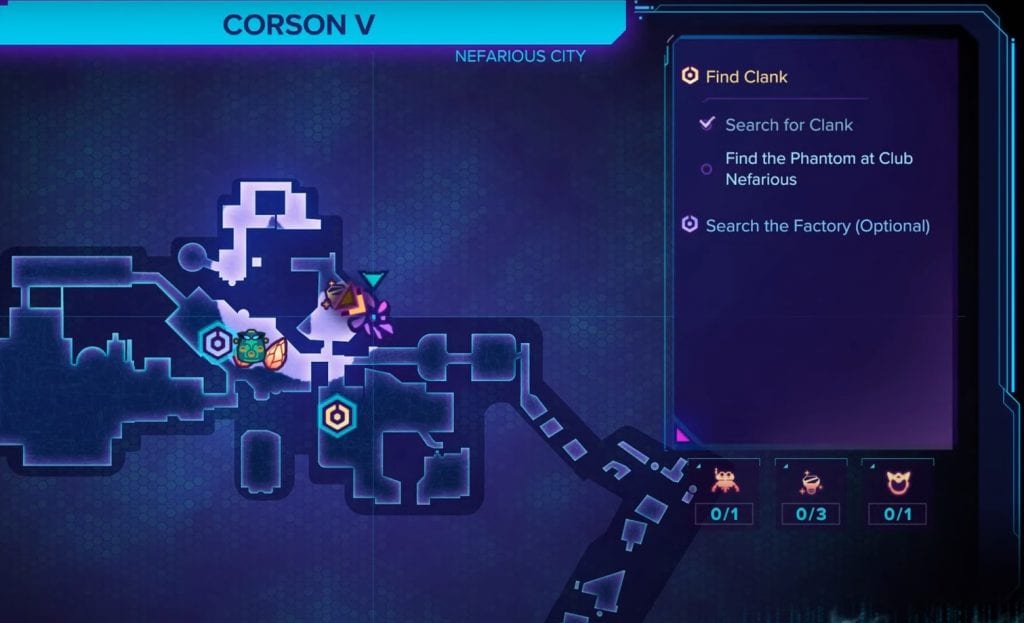 Get inside the Pocket Dimension then you’ll have to reach its end, by bouncing on various floating platforms.

This challenge is quite accessible, but if you need help here is what you have to do to get this Armour Piece.

Once you reach the other side of the Pocket Dimension you’ll see the Robot Disguise Helmet waiting for you on the floating rock in my screenshot. 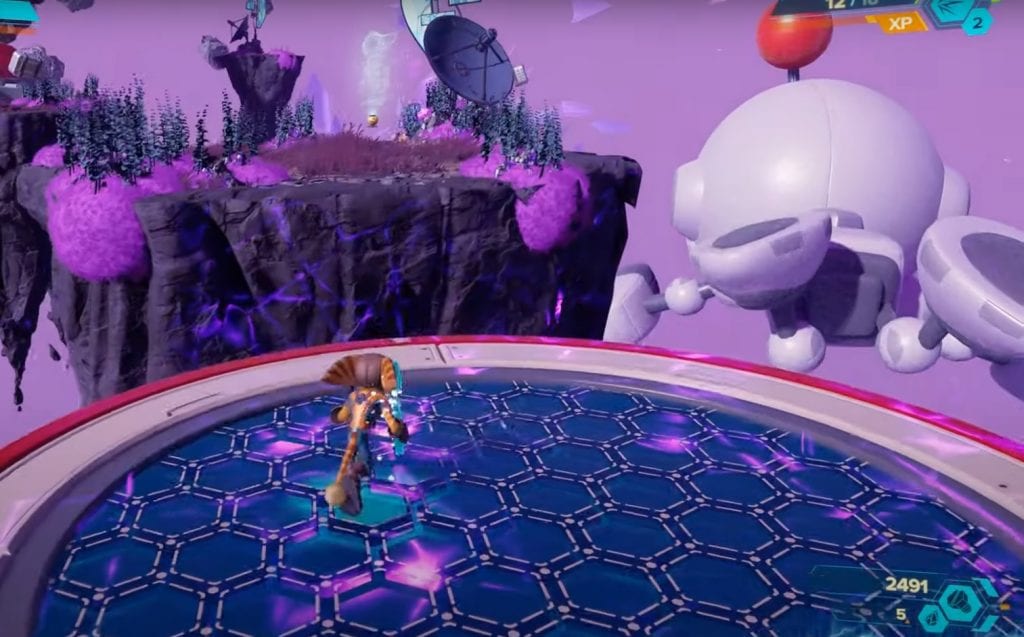 How To Get The Ratchet & Clank Rift Apart Robot Disguise Boots

The Robot Disguise Boots, are found on Planet Sargasso and they are a bit trickier to get.

This piece of equipment is best approached when you enter Rivet’s Hideout.

To do this; however, first, you’ll need to fix the bridge, defeat a Grunthor, and then ride a Speetle.

After this sequence of events, you’ll need to take Clank to Rivet’s Hideout below.

Check This Too!  Ratchet & Clank Rift Apart Cordelion: Where To Find All Gold Bolts Collectibles 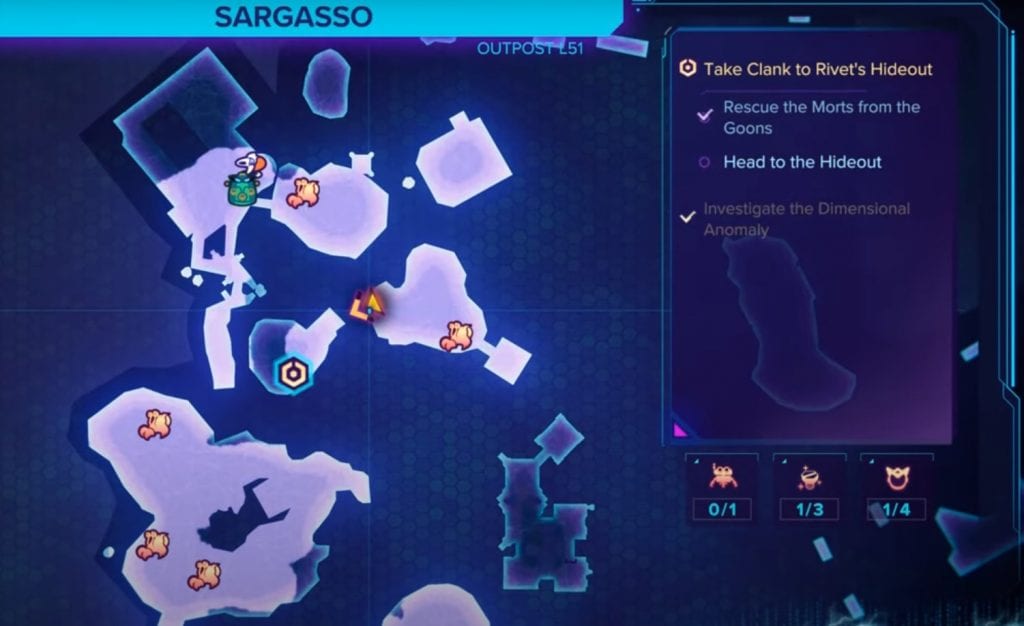 The moment you enter the cave, hug the left wall and remain on the lower level.

Keep moving forward and on the right side, you’ll see a Pocket Dimension.

Press L1 to get inside, and start a new challenge.

Your goal here is to reach the other side of the course by jumping on the red crates. Try to move fast though.

Once you get to the other side of the course you’ll see the Robot Disguise Boots waiting for you under a stone arch.

As you can see on the map below this is found inside another Pocket Dimension, but this time on the southwestern area of Sargasso.

To get it, first deal with the Seekerpede boss, required to complete this planet.

Once you’re done, head to the Speetle icon east of the Pocket Dimension above.

While riding the funny creature, cross the swamp on the left side of the tunnel in front of you; then slightly go right to find the Pocket Dimension.

To get the armor, you’ll have to complete another challenge.

For this one, you need to shoot the floating boxes, so that you can reach the upper platforms

Check This Too!  Ratchet & Clank Rift Apart Blizar Prime: Where To Find The Ryno Spybot

Basically, you’ll have to create some stairs using the crates that form the large cubes.

On the left side of the section, you’ll find the Chest Armor (pictured).

After you get the Chest Armor, your Ratchet & Clank Rift Apart Robot Disguise Armor Set is complete; so go ahead and equip it to receive less damage from Nefarious enemies.