Ratchet & Clank Rift Apart Lombax Praetorian Armor is one of the 8 Armour Sets you can collect and use in the video game developed by Insomniac Games for PlayStation 5 if you wish to increase the amount of Raritanium earned by 20%.

The Ratchet & Clank Rift Apart Lombax Praetorian Armour Set requires you to find three parts in order to be able to trigger the Collection Bonus which increases the said amount.

These parts can be accessed and equipped via the Amour Tab; but to do that, first, you’ll have to get them.

Therefore, let’s see how to get the Lombax Praetorian Armor in Ratchet & Clank Rift Apart.

Check This Too!  Ratchet & Clank Rift Apart Torren IV: Where To Find The Armour Part

Once you get all three pieces, if you equip them you’ll get more Raritanium, as you can see below.

Now, let’s cover them one by one and see what you need to do if you want to look like a Praetorian.

Since we want to go over these Parts chronologically, the Lombax Praetorian Boots are the first we’ll discuss as they are on Planet 4: Savali.

They are located in a Pocket Dimension (pictured) on the southeastern side of the region.

Specifically, this is Pocket Dimension 4-11-81. 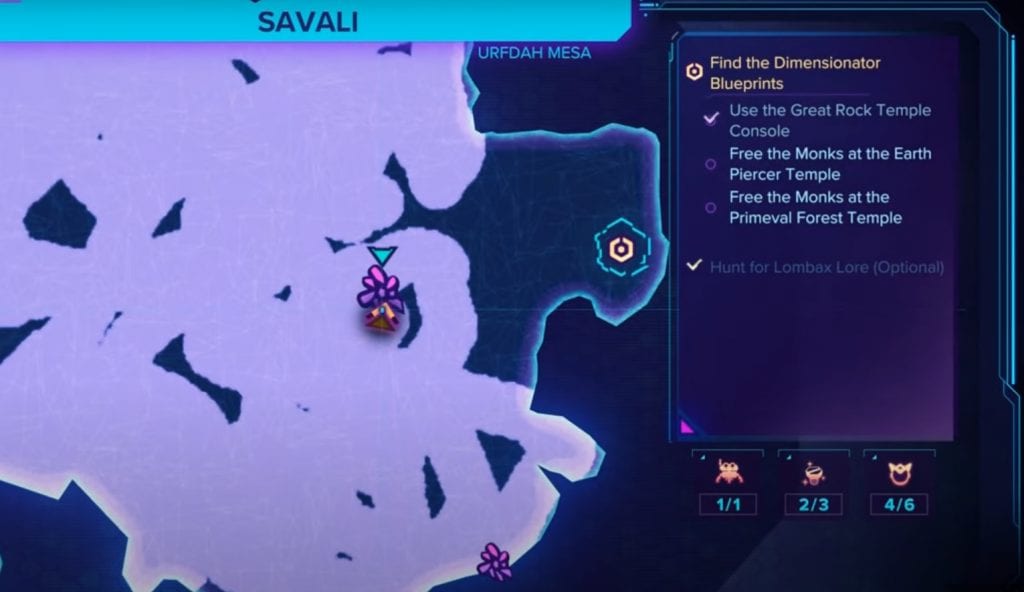 When you get inside, run along the wall on the right then keep moving towards the end of the section.

You’ll have to do multiple wall runs and jumps here, obviously without falling.

Once you finish the last one which also requires some grappling, you’ll find the Armour Part or the boots on a suspended rock platform. 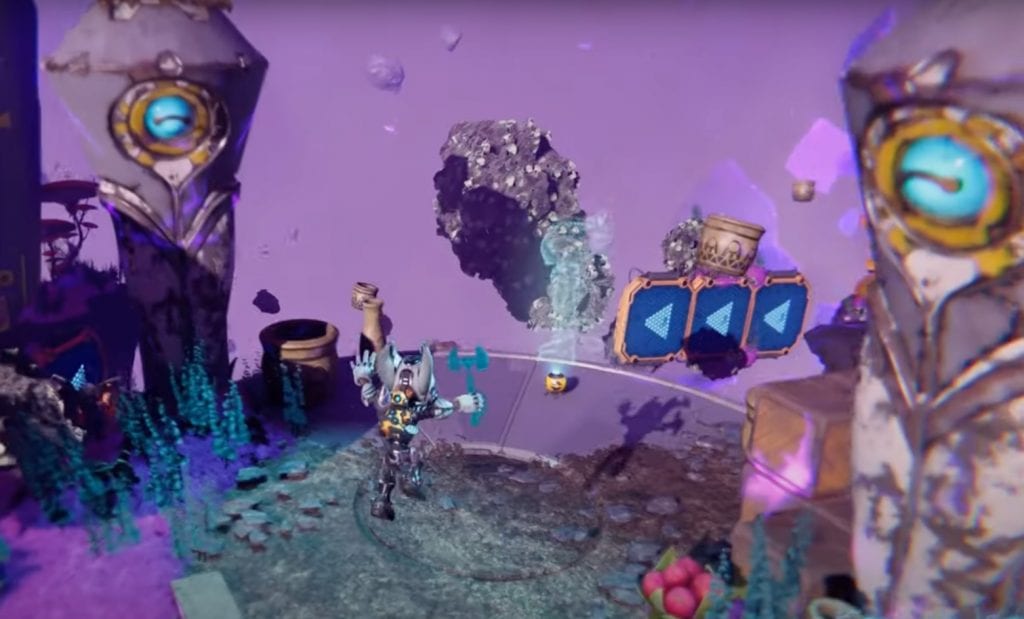 How To Get The Ratchet & Clank Rift Apart Lombax Praetorian Helmet

The next part you’ll have to collect for this set is the Lombax Praetorian Helmet, which is located on Planet 6: Torren IV.

To get this one, though; first, you’ll need the Hurlshot ability which is unlocked by progressing through the story.

After you get the said ability, you’ll need to reach the Pocket Dimension marked on the following map. 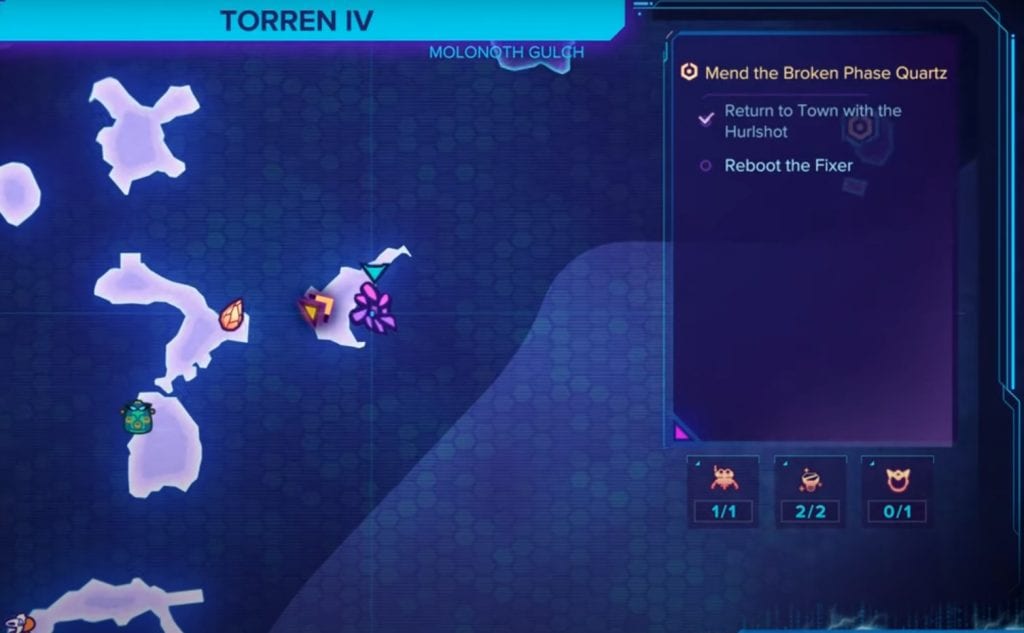 For this to happen, you must get the Hurlshot, then from the island with the Vendor on it, you’ll be able to get to the eastern one.

The Pocket Dimension is inside a cave, and once you go through it, first you’ll need to mount a Speetle.

Using the cute mount you’ll need to follow a series of ramps, to get to the Armor Part.

As you can see below; it sits by a white house.

Take your time in this area and explore every inch. 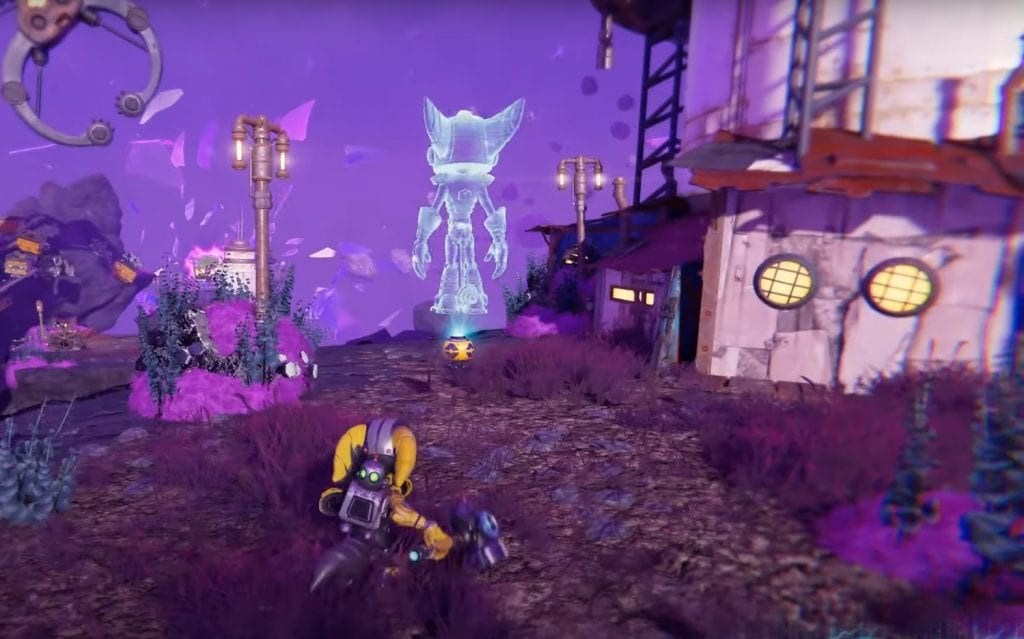 Finally, in order to complete this set, you’ll need to get the Lombax Praetorian Chest from Planet 9: Viceron.

This armor part is quite easy to find since it’s inside another Pocket Dimension close to Ms. Zurkon’s Shop pictured below. 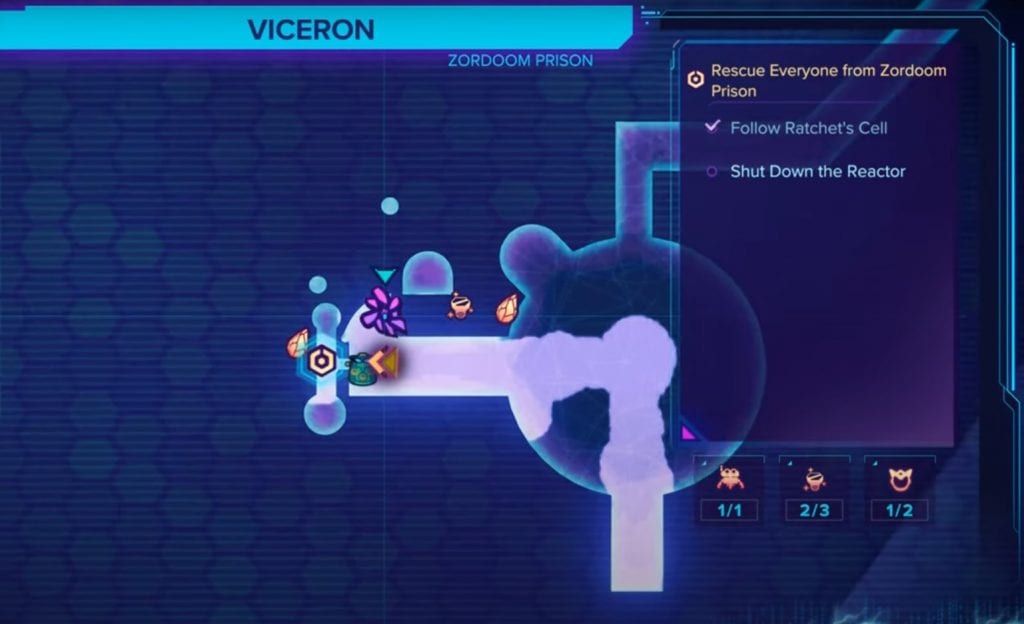 You can get it when you head towards the Warden’s Office, in your attempt to shut down the reactor and save everyone from Zordoom Prison.

The Pocket Dimension should be on the right side of the shop, in a small hall. Look for it behind a crate.

Once you get through the rift, your job is to follow the walls with arrows on them, but this time you’ll also use several Speetles.

Check This Too!  Ratchet & Clank Rift Apart Sargasso: Where To Find The Ryno Spybot

When you complete the course, you’ll basically land near the Armor Part. 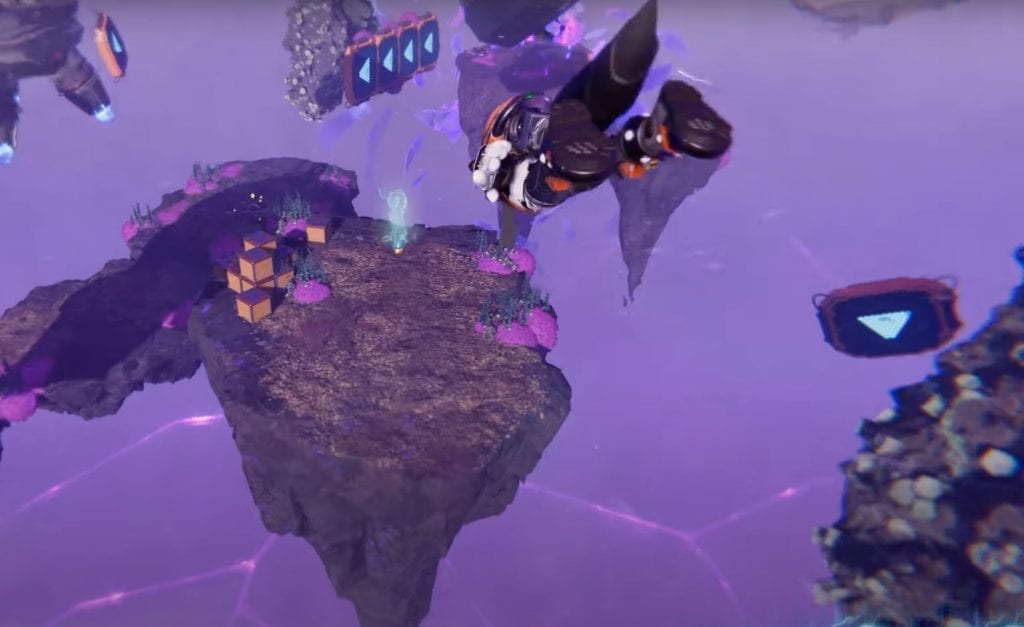 After you get the Chest Armor, your Ratchet & Clank Rift Apart Lombax Praetorian Armor Set is complete; so go ahead and equip it if you want to farm Raritanium.