Farming Outriders Scraps is easier than farming Legendary Gear, simply because in the video game developed by People Can Fly, Scrap is considered the local currency, and there are several ways to get this type of money.

Nevertheless, having a valid Outriders Scrap Farming method is something that you’ll want in both the demo and final version of the game.

Thus, in the guide below, I’ll tell you how to farm Scrap in Outriders, where to find this currency, and how to use it.

So let’s start by understanding what Scraps are and how to use them.

How To Use Outriders Scraps

This definition is pretty solid and should give you a good idea of how to use Scrap in Outriders.

Basically, this is the currency or the money you’ll need; to buy various items from Vendors; however, you should not confuse Scrap with Crafting Materials such as Leather, Iron, and Titanium. Those can be farmed too, but they have a different purpose.

Good, back to our Scraps now. Simply put, this currency is the one that allows you to buy better weapons, gear, and everything else a vendor in Outriders has to offer.

In the picture below, you can see one of the merchants in Outriders. Her name is Eva Lopez, and you’ll find her in your Rift Town Camp.

The Outriders vendors or merchants are marked on your minimap by a dollar icon. You can also notice that Lisa sells guns, and the Terrestrial Pioneer-2 Assault Rifle costs 1185 Scraps. It’s not cheap, but since we know how to farm Scrap, we can afford it.

These vendors will always ask for Scrap, and that’s why you need as much as possible.

Obviously, as you progress through the game, the prices will skyrocket, and this brings us to the next section. How to get Outriders Scraps fast?

How To Get Scrap

Also, following the definition above, we can understand how to get Scraps in this video game.

There are several methods, and we’ll detail them below because the game doesn’t tell you everything.

The first method is also the easiest one. You get Scraps by killing enemies. Human enemies, that is.

Obviously, not all of them drop Scrap, but most of them do.

The second method to get Scrap in Outriders involves dismantling items; however, there is a catch here, and you have to be aware of it.

First of all, we are talking about Common Armor or gray gear, such as the Ragged Coat below.

The trick here is that if you dismantle a common piece of gear in Outriders, you’ll get fewer Scraps compared to the amount you get by selling it.

As such, the Ragged Coat above generated 15 Scraps from dismantling, while Gregor Ram offered 50 Scraps.

This means that you’ll dismantle your gear only when forced to do so (aka free your inventory). Otherwise, you’ll sell them to get more Scraps.

By Selling The Gear You Don’t Need

This is the fastest method to get Scraps in Outriders and is self-explanatory. Whenever you have a piece of gear you don’t need, bring it back to one of the vendors in your camp and sell it.

Gregor Ram here is one of them, and you can mass sell your items by pressing R1 on your PlayStation controller.

Now, mark the items you want to sell by pressing R3 and then push and hold the triangle button.

Finally, we have the Outriders Chests, and here things become interesting because these can be farmed.

So, again, whenever you find a Chest such as the one below, if you open it, you have a chance to get Scraps.

Most likely, you remember this from the Hounds’ Warehouse guide we covered earlier this week.

There isn’t much to tell here, except for the fact that not all Outriders chests include Scraps. But they reset, which means that they can be farmed. That’s what you’ll learn to do next. How to fast farm three Outriders chests.

How To Fast Farm Scrap

The following Outriders Fast Scrap Farming method is quite special and relies on the fact that chests reset. On top of that, it uses two main sources of getting Scraps, and it also gives you a chance to get Legendary Gear.

Basically, all you have to do is to find three chests and, run from one chest to another, then reset them. Simple as that.

Now, obviously, you won’t find Scraps in each chest, but you’ll find gear, and gear can be sold for…well, Scraps.

So as long as you can get unlimited gear, you’ll get infinite Scraps in Outriders. Let’s see how this works.

When you return to the game, in the first room, move forward and follow the stairs on the left until you see the pipe pictured below.

Go right, and then turn right again to get the first chest or box if you want.

Loot it, then retrace your steps to the starting point and exit the building.

In front of you, you’ll see another chest (pictured below).

Loot that one, too, then turn around and go right down the hill. Keep moving forward until you see a small entrance with some water. Just like in my screenshot.

Head to the other side, and you’ll find the third chest.

Now, return to the Lobby and repeat the same steps, but make sure you Confirm Your Story Point, so the chests reset.

Obviously, some will think that farming Scrap using this method is not worth it. Except that it does, and there are several advantages I want you to be aware of: 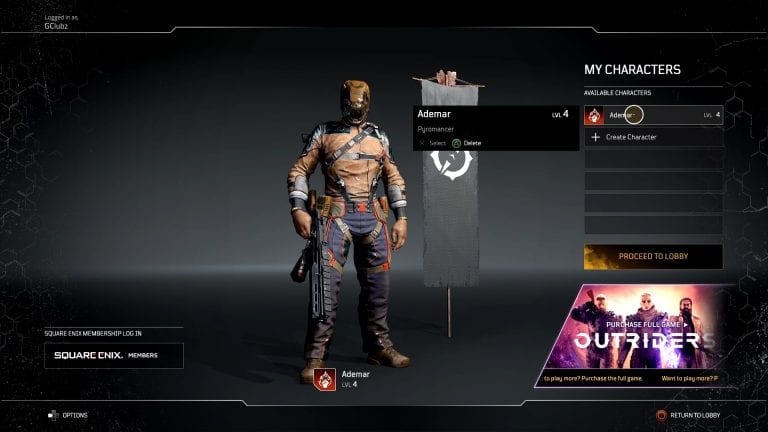 Knowing how to delete a character in Outriders may not be important while playing the game’s demo version, but starting  April 1, 2021, you’ll most likely want to know how… 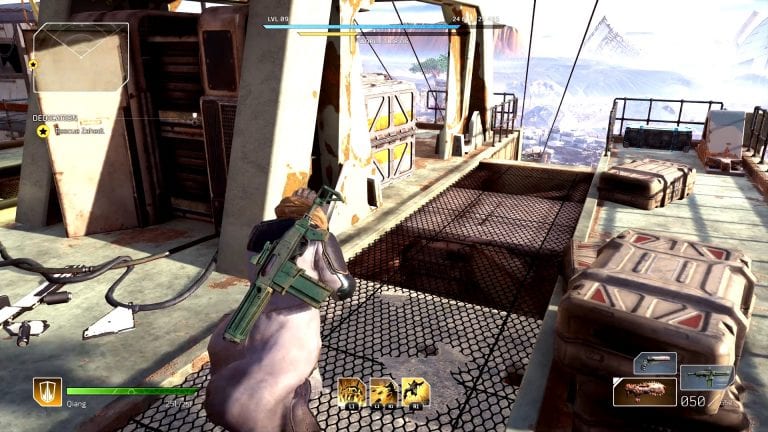 Outriders Radio Tower is the fifth area you’ll have to cross on your way to Zahedi, and it includes not one but two Loot Chests that contain Gear, Scraps, and Crafting… 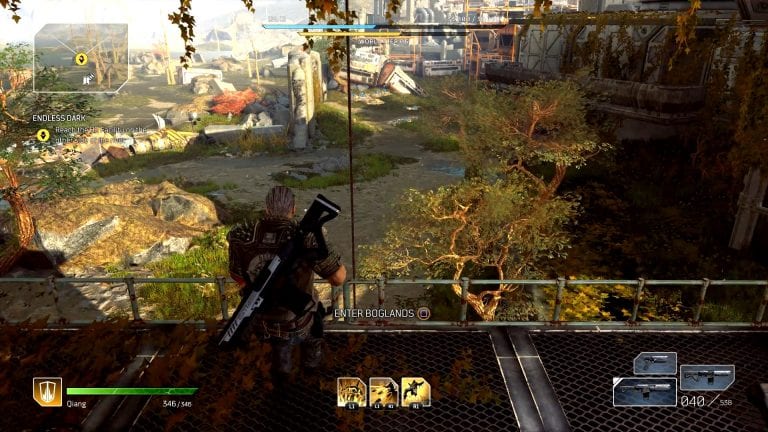 Outriders Boglands is a First City area that is a bit trickier to reach, but it includes two Loot Chests which contain Gear, Scraps, and Crafting Materials. The Outriders First… 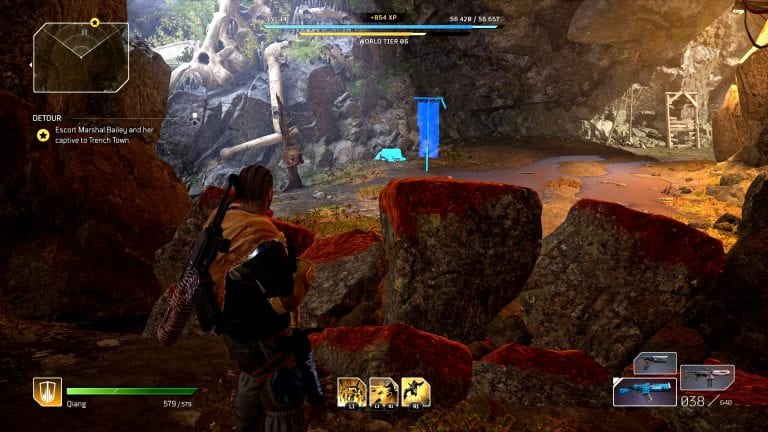 Outriders is far from being a bug-free video game, but the Detour quest in Deadrock Pass features a glitch that can ruin your experience for good, meaning that you won’t… 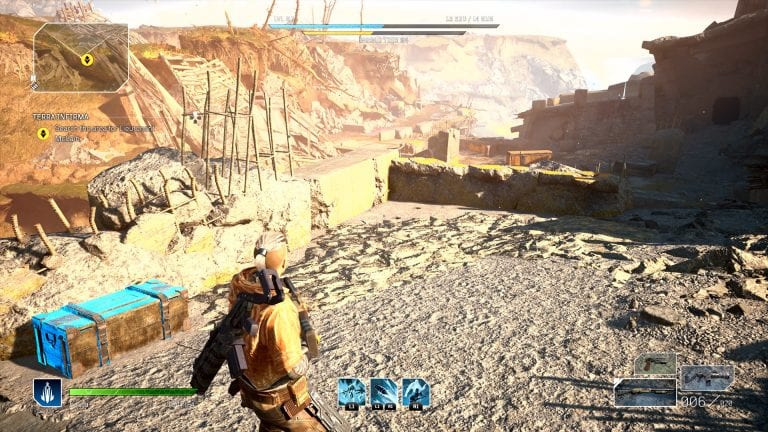 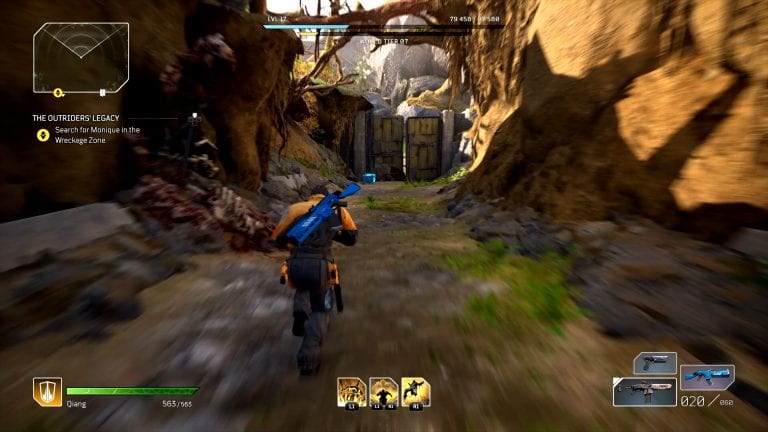 Outriders Secluded Homestead is a side-quest Wreckage Zone area you will have to explore while playing The Outrider’s Legacy, and it includes two Loot Chests you may want to find…