Cyberpunk 2077 Six Feet Under Cyberpsycho Sighting is a gig you can complete in Watson, Northside area, where you’ll have to deal with Lely Hein.

This gig takes place in the northern part of Watson and Lely Hein counts as one of the 17 Cyberpunk 2077 Cyberpshychos.

Look for Lely Hein southeast of Offshore St fast travel point as you can see in the screenshot below. 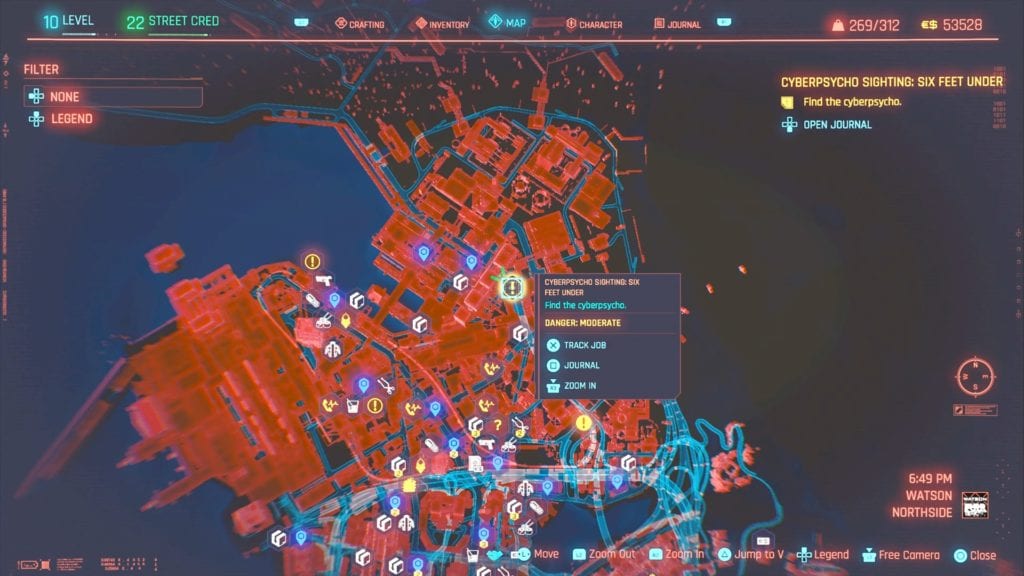 When you arrive at this location, you’ll find a train station, and obviously, there is a lot of train carts in this area.

The good thing is that they offer good cover, so you can reach Lely relatively easily without getting spotted.

The bad thing is that the cover won’t last long and since you can’t takedown Lely Hein from behind you’ll eventually have to face the Cyberpsycho.

Regardless, if you want to get close to Lely, you can hide behind the train carts on the left side as you progress towards the Cyberpsycho’s lair.

You can see them on the left side in my screenshot below. 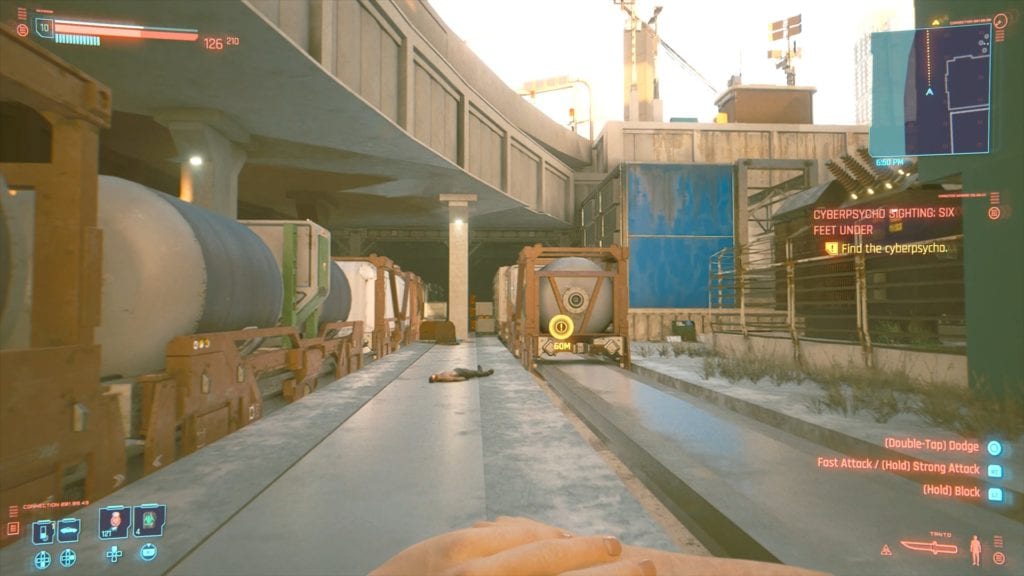 If you do that, you’ll be able to go around the target, but if you attempt a takedown, Lely Hein runs away.

Now, your goal is to chase Lely deeper into the tunnels nearby. This is pretty easy to achieve because there is only one path to follow.

How To Neutralize The Cyberpunk 2077 Lely Hein Cyberpsycho

Unlike Lt. Mower, Hein is slow but there are several things you should know.

The Cyberpsycho has the ability to blind you and that’s when the fun starts because you won’t be able to see, well, anything.

If this happens, try to stay as mobile as possible.

After you recover, make sure you maintain a safe distance because Lely Hein has an unforgiving shotgun.

Obviously, if you keep your distance, you’ll avoid catching all bullets with your chest, or worse, head.

There is also plenty of space to move around, so if things don’t go as planned; run away to recover.

As for Lely Hein’s weakness that would be electricity. So basically, all weapons that deal this type of damage, are a must. Grenades included.

Once defeated, Lely Hein drops a lot of loot (gear, weapons, etc…) but these items are usually random.

One last thing to do after you loot Lely Hein is to read the Farewell shard you collect from the body and reply to Regina’s text.

That’s everything you need to know about Lely Hein and the Cyberpunk 2077 Cyberpsycho Sighting: Six Feet Under Gig, so good luck completing it; and then focus on finding Ellis Carter.