Forza Horizon 5 Festival Plane Wing XP Board or the Bonus Board you can spot on the wing of the Festival Mexico plane is one of the 200 XP Boards (check this guide to find all of them) you need to collect if you wish to unlock the Complete Collection achievement.

The FH5 Horizon Festival Mexico Plane Wing XP Board is also one of the first Bonus Boards you’ll find and one of the trickiest in the video game developed by Playground Games.

You can approach this board in two different ways:

If you go for the latter, once you unlock the PR Stunts, all you have to do is to drive up the ramp that spawns near the plane’s left wing, and that’s it.

However, the first method allows you to get this board earlier, but it requires a lot of tries and a lot of patience; otherwise, it will drive you mad.

Besides patience, you also need a powerful car, and there are several tips you may wish to learn because they can make your job a lot easier.

So, below I’ll tell you everything you need to know about the Forza Horizon 5 Festival Plane Wing Board and how to get it as early as possible.

Let’s start with the location of the FH5 Plane Wing XP Board you’ll want to find.

As you can see on my map below, this is found in the Horizon Festival Mexico area or the area where you’ll start this fantastic adventure.

If you go around the central section, you’ll most likely spot a large plane, and if you look at its wing, you’ll see a 5000 XP Bonus Board.

Your goal, as you can guess, is to smash the Board on the plane’s wing.

So that you know, this is easier said than done.

Now, assuming you follow my Forza Horizon 5 XP Boards locations guide & map, you may remember that this is the fifth Bonus Board we covered.

Good, now that you know where the board is, it’s time to discuss the car you may want to use.

Since Forza Horizon 5 features an impressive amount of cars to choose from, there are multiple options.

However, you’ll need to make sure you pick a supercar for this board because you’ll have to launch yourself from a specific spot at high speed.

The car’s weight is also essential, and you don’t need a heavy one.

For the sake of this guide, I was able to collect this board with a 2016 X Class Koenigsegg Regera bought from the Auction House for 900.000 CR.

Moving on, you’ll want to know the starting location of the path you need to follow.

It can be observed on the map above, and it is the one where you can see the cursor showing my location.

Notice that it is the road northeast of the Bonus Board.

The idea here is to start from that location, gain enough speed, leave the asphalt, and head straight towards the plane. Except that there are several spots you need to know about.

Excellent, so now you know what car to use and the starting location, which means it’s time to discuss the recommended path.

From the starting location, you’ll want to gain as much speed as possible and follow the road until you get to a crossroad like the one below.

Upon reaching the crossroad, you have to maintain a straight line towards the plane’s wing.

So instead of going on the asphalt, keep driving through the bushes ahead.

The moment you exit the bushes, you’ll see a circuit ahead of you, and here there are two elements you can use to guide you on the correct route.

You can see them below, and these two elements are two electricity posts.

Basically, what you want to do here is to drive between these two posts.

When you get to the second one (left in my picture), your speed must be between 160 and 165 with the recommended car.

This speed allows you to jump from the hill and land on the plane’s wing, smashing the XP Board in the process.

One last thing worth mentioning is that if you can’t make it on your first try, you don’t have to start over.

Instead, use the rewind option (Y on Xbox) to make minor adjustments to your speed or the car’s direction.

Remember that every change you make (because of the high speed) has a significant effect, and you’ll get a different result; however, the main path outlined above is the one you should follow.

Did you manage to get the Forza Horizon 5 Festival Plane Wing Board? Let me know how you did it and the car you recommend. 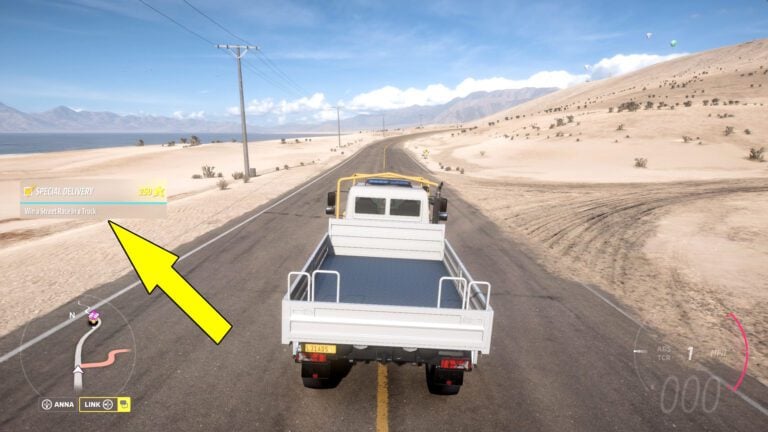 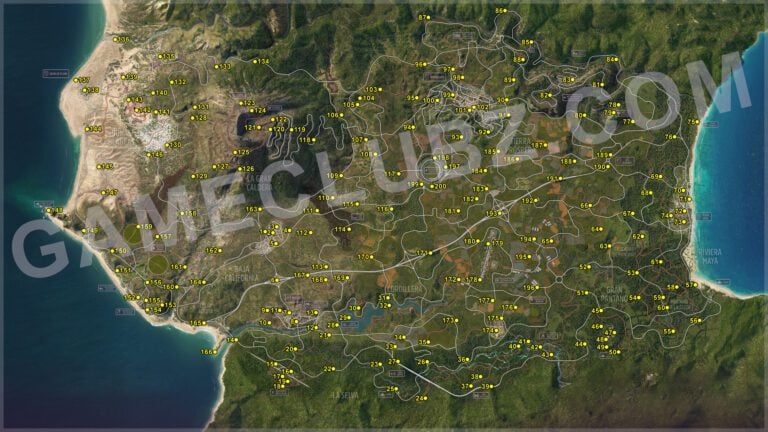 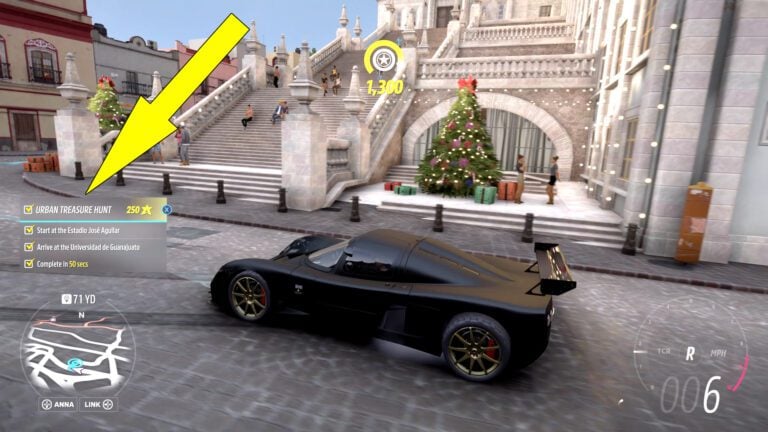 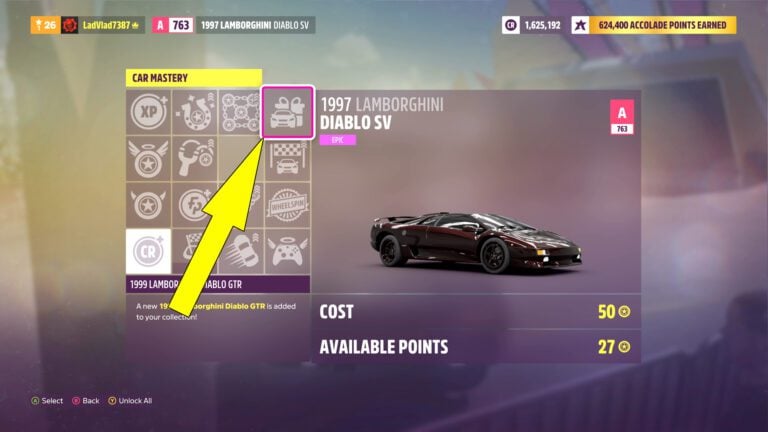 Forza Horizon 5 Hidden Cars are the hardest to get because they require a lot of Skill Points and a lot of time. The FH5 Hidden Cars, also known as… 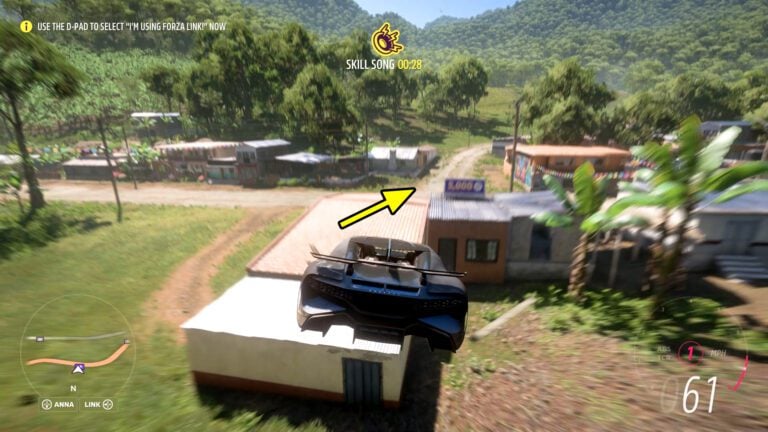 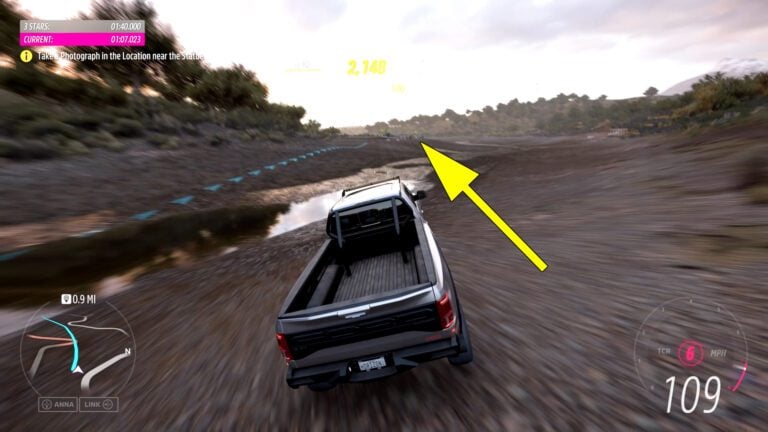 Forza Horizon 5 Temple Of Quechula 3 Stars are obtained by taking a photograph in the location near the statue that is close to the Sierra Verde Dam. FH5 Temple…