Tiny Tina’s Wonderlands Shattergrave Barrow Lucky Dice chests are the only collectibles you have to find when you explore the graveyard area looking for a way to stop the Skeletons invasion in the video game developed by Gearbox Software.

A relatively small and linear region, Tiny Tina’s Wonderlands Shattergrave Barrow doesn’t include other collectibles or challenges, except for the 12 Lucky Dice chests.

So, to get 100% completion in Shattergrave Barrow, finding the Dice chests is mandatory, which means that you need to know their locations.

Following the Queen’s Gate guide, I’ll tell you where to find all 12 Tiny Tina’s Wonderlands Shattergrave Barrow Lucky Dice collectibles to get your hand on even more loot. Because you know you want it.

Before starting, it’s worth mentioning that it is recommended to get the Lucky Dice Chests in Shattergrave Barrow the first time you get to this area while playing the main quest that occurs here.

Without spoiling the game, make sure you use the Shattergrave Barrow Lucky Dice locations map below and get the collectibles as you progress through this region.

Obviously, if you need help with the chests marked on the map above, you can use the tips I have added for each of the collectibles in Shattergrave Barrow.

Lucky Dice #1: Behind The Vending Machines

The first Shattergrave Barrow Lucky Dice on the map above is behind the vending machines, and you can get it the moment you enter the graveyard.

Head behind the large house where the vending machines are found, and you’ll see it through a small window. To get it, go around the corner and destroy the wooden planks.

Lucky Dice #2: In Front Of A Gravestone

The second Lucky Dice is found in front of a large gravestone on the right side of the graveyard as you enter Morhaim’s Crop.

It’s pretty easy to spot because it’s in an opening.

The next Lucky Dice collectible is harder to find because it’s in a grave. Look for it at the location marked on my map above.

This one is also in Morhaim’s Crop.

Upon entering the Bone Grove, you can find another Tiny Tina’s Wonderlands Shattergrave Barrow Dice collectible in a bush at the edge of the map.

You have to climb several hills to spot it.

Lucky Dice #5: On The Central Hill

The next Dice is found in the same area as the previous one. Head to the central hill where you can see a rather large tree.

Climb to the top, then go around the edge, and you’ll spot it in the lower area.

Lucky Dice #6: Outside The Church

As you continue to progress through this linear area, you’ll eventually reach the ruins of a large church.

Before going inside, head left, and you’ll spot the next collectible near the exterior wall.

Upon entering The Grave Nave or the large church, while standing in the first room, you’ll see some crates on the right side.

Destroy them to get the next Lucky Dice found in a small room.

Lucky Dice #8: On The Balcony

From the previous Lucky Dice, head back to the main room, and while facing the altar, head left through the broken wall.

In the next area, you’ll see a large chest and close to it a lower ledge where the next Dice is waiting.

Lucky Dice #9: On A Wooden Platform In The Church

After you get the previous Dice chest, keep following the ruins and in the following area remain on the top floor.

The Lucky Dice is on an upper platform on the left side, and you can reach it by crossing the room, then turning around and jumping on the small crate nearby.

Lucky Dice #10: Near A Staircase

Once you cross the library, follow the objective marker, and you’ll eventually see a large gate on top of some stairs.

Behind the crates near the stairs is the Lucky Dice.

The next Shattergrave Barrow Lucky Dice is very easy to miss, and it’s found inside the Sundercroft area or the underground tunnels.

Look for it inside a hole in the wall where the large axe trap is swinging.

Lucky Dice #12: In A Side Room Before Zomboss Fight

Finally, you have one last Lucky Dice to find in the large room just before the Zomboss fight.

The collectible is in a side-room, on the second floor and you can easily climb the walls to get it.

And that’s it, Fatemaker! You have found all 12 Tiny Tina’s Wonderlands Shattergrave Barrow Lucky Dice collectibles! 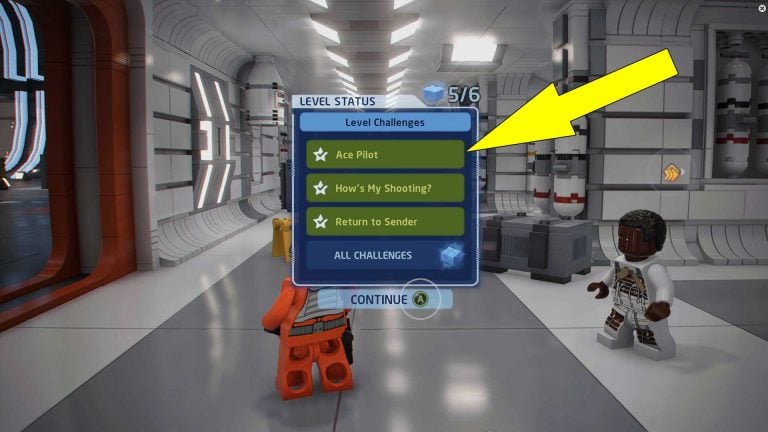 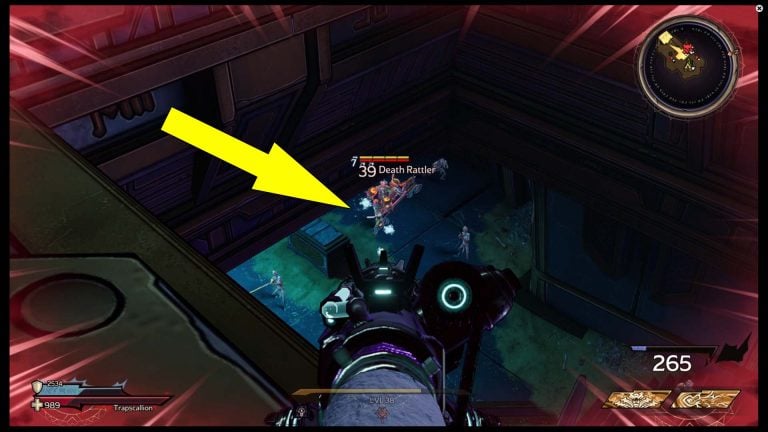 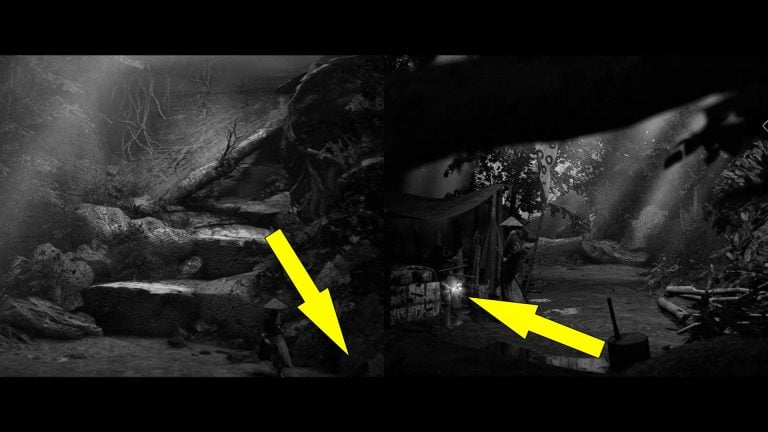 Trek To Yomi is an action-adventure game with mystical elements that help to draw you into its dark and often grim world and plot. The game is divided into Chapters,… 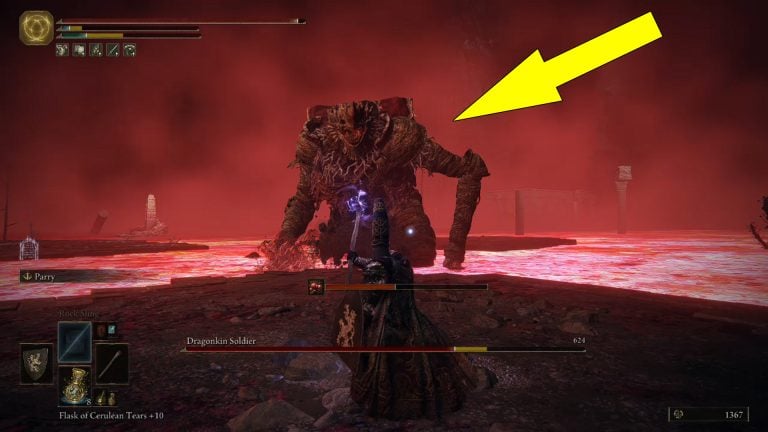 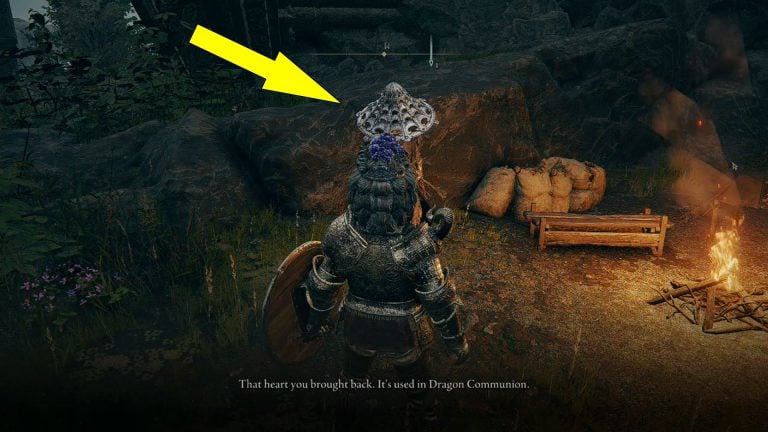 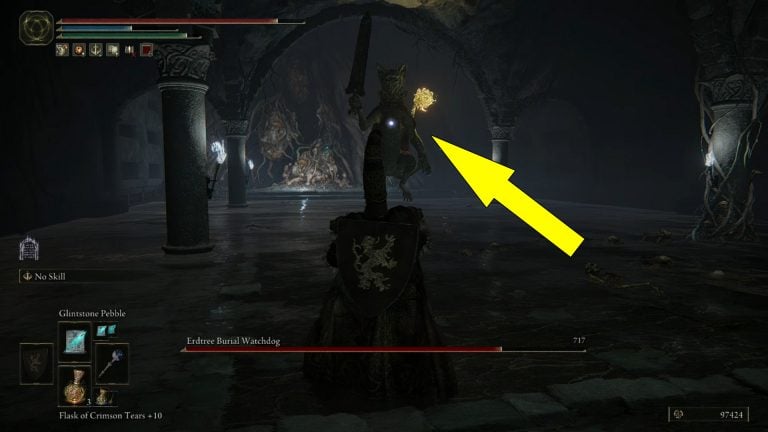