Don’t know how to start Pagan Control DLC in Far Cry 6 and what you must do to travel to Pagan Min’s mind? Then, don’t worry because below, I’ll tell you everything you need to know about FC6 Pagan Control DLC or the second DLC released by Ubisoft on January 11, 2022.

Which is pretty much a reskin on Vaas’s mind.

Nevertheless, it’s worth playing especially if you are a fan of Far Cry 4.

So, let’s see how you can do this. 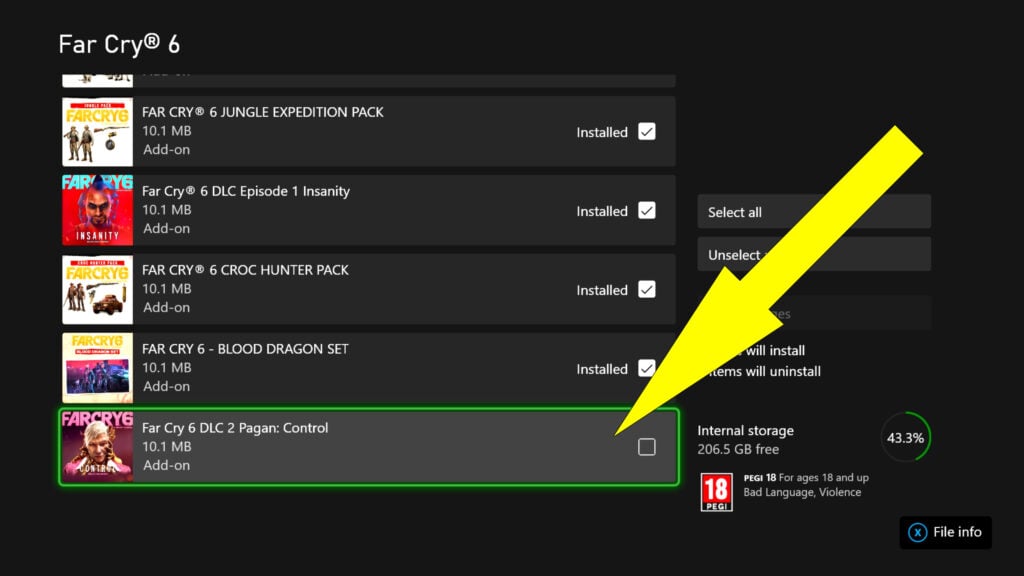 The first thing you have to do is make sure that you own the FC6 DLC 2 Pagan: Control because it is not a free DLC.

If you don’t have it, then you have to buy it, and here, you have two options:

These options can be accessed via the store in the game’s menu.

The fastest one is from the main menu, simply by visiting the Add-Ons window in my screenshot below. 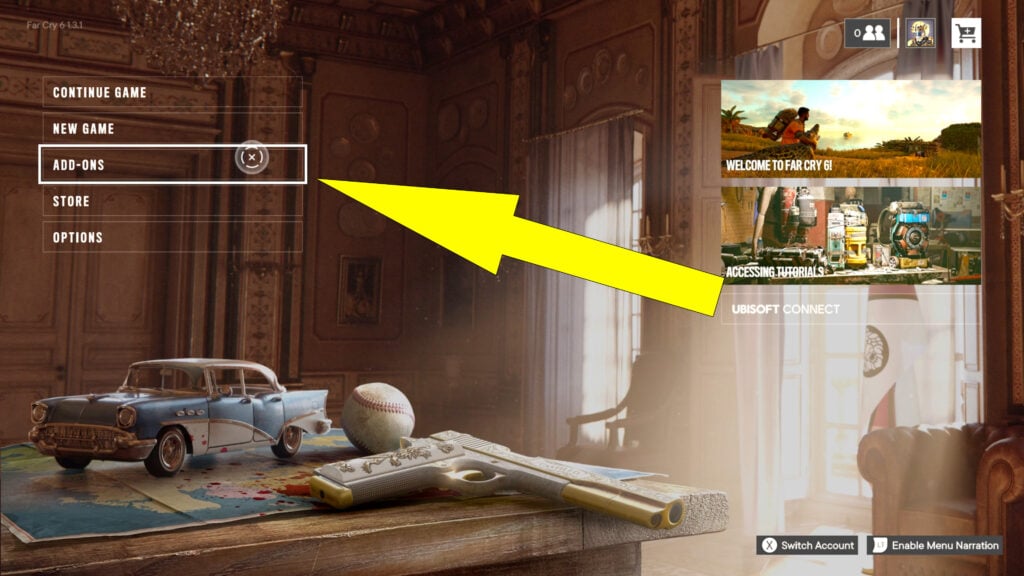 After clicking the button above, you’ll open a new window and see all the DLC you currently own.

From there, select the second one.

Obviously, you can also access the DLC through the TV sets in your camps, as explained here. 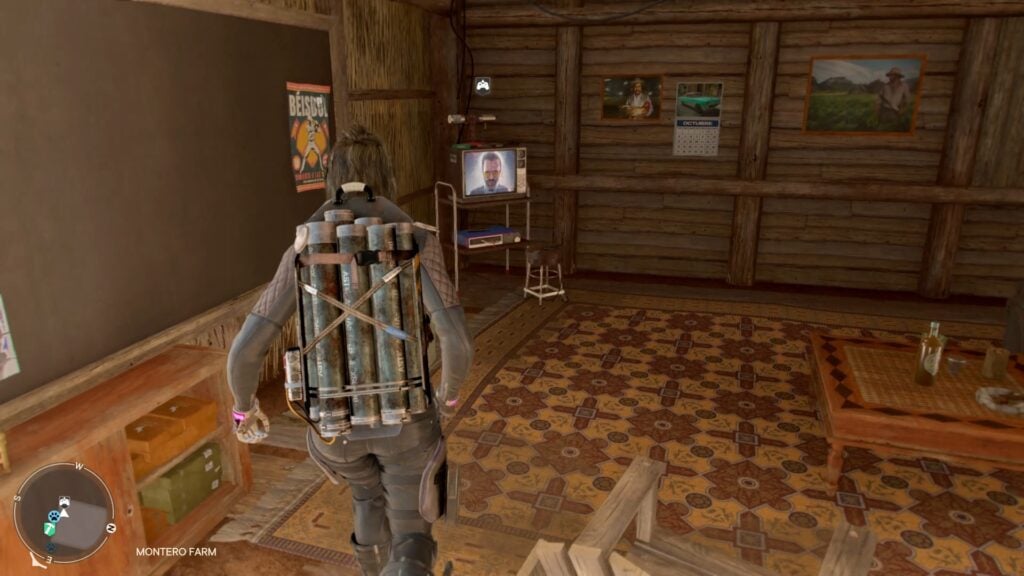 Far Cry 6 Pagan Control DLC – How To Return To Yara

Assuming you want to return to Yara and continue your journey as Dany, things are pretty straightforward.

Simply open the game’s menu, then go to System.

Last but not least, as with the previous DLC, if you get the Looks like you already own this while trying to access Far Cry 6 Pagan Control DLC, it means that you purchased the DLC but did not install it, so follow the steps above.