In Assassin’s Creed Valhalla Acolyte Alwin is your Flyting opponent in Cent although as you’re about to find out he’s only a translator because, in fact, you’ll duel another priest who took a vow of silence.

His name is Brother Quiescis, but since he can’t talk we can obviously assume that you are facing Acolyte Alwin; especially because we can’t verify what Quiescis is actually saying.

Or trying to say.

As usual, defeating Acolyte Alwin and Brother Quiescis at flyting in Cent counts as an AC Valhalla World Event, and since our goal is to get 100% completion in each region, in the following guide we’ll talk about the correct answers you should give.

Then, we are going to take all the silver these two priests carry in their pockets.

So, let’s start with the flyting location in Cent, which is actually taking place in Canterbury, as you can see on my map below. 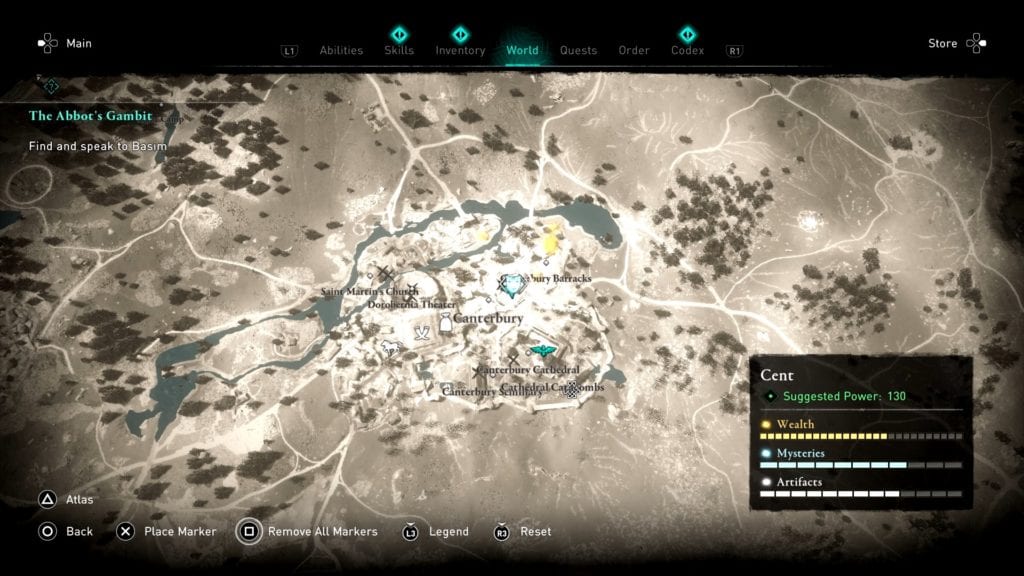 When you get to the location on my map, just in front of the Canterbury Barracks you’ll find Acolyte Alwin.

He can’t be missed because he’s a priest and he’s wearing a robe.

How To Win The Acolyte Alwin Flyting Duel In Canterbury

Good then, so approach Alwin (pictured), and he’ll tell you that he sucks at flyting.

Check This Too!  Assassin’s Creed Valhalla How To: Njord In Asgard

His friend though is the one you’ll face although judging by how Quiescis looks, he is the stupid one.

But, we may be wrong, and this won’t stand in our way, meaning that we will still get their silver.

After the introductions, agree to duel Quiescism and place the maximum bet (200).

Then you’ll have to give him the following answers, as usual, before the time runs out.

Obviously, our priests will not be happy that you defeated them, but unlike Ove The Scarred, they won’t start a fight.

Take their coins and feel free to spend them as you see fit. Easy money, right?

And that’s it friends. That’s how you beat Acolyte Alwin and Brother Quiescis at flyting in the Assassin’s Creed Valhalla video game developed by Ubisoft. Next you may want to duel the mighty Thor in Asgard.