The three Assassin’s Creed Valhalla Friends looking for Death is another mystery you can solve in the Cent region of the video game developed by Ubisoft, and just like the Cursed Man we discussed earlier, this World Event is full of meaning and also based on an old tale.

The AC Valhalla Three Friends & Death world event is actually named The Pardoner’s Tale and it requires some investigations which we will cover below.

On top of that, we will try to figure out what happened to the three friends who were looking for Death.

Where To Find The Old Man In AC Valhalla

In order to start this side-quest, you’ll have to find an Old Man at the location marked on my map below.

You can’t miss him because he’s standing by the road and he is dressed in black. He also has a hood and he is quite spooky.

You’ll find out why later. 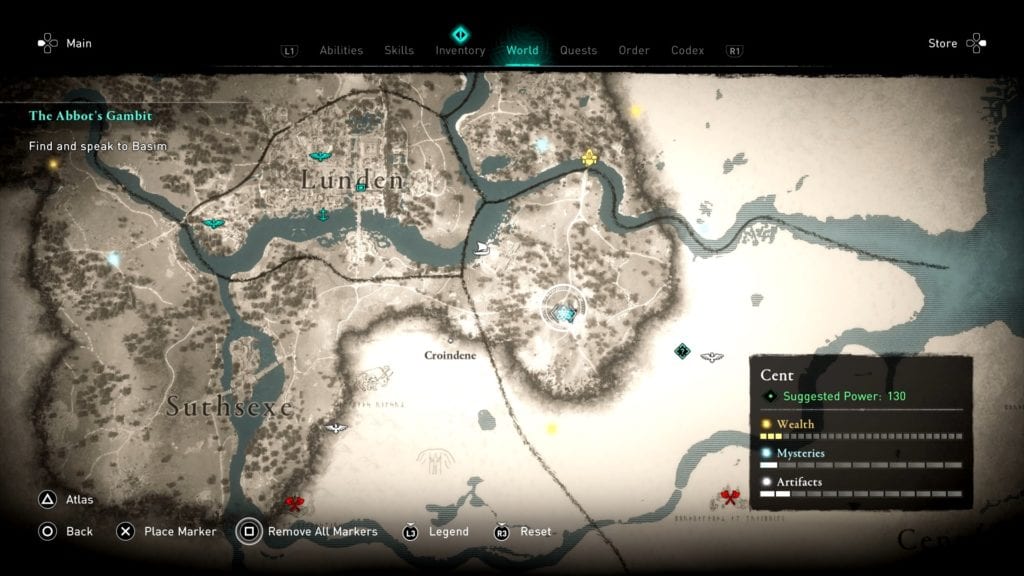 So, the first thing you’ll have to do is to travel south-east of Lolingestone Bandit Camp and talk to the man in question.

When you approach him, he’ll tell you the story of three friends who came to him wishing to know where to find Death, because they wanted to revenge the death of a fourth.

Tell us where to find Death! the friends told.

The old man told the friends that Death is under a great oak tree, right behind him, so the friends went there and so will you.

From the current location, go down the hill behind the old man, to find the oak tree pictured below.

How To Solve The Three Friends & Death Mystery

When you get to the oak tree you’ll have to investigate 5 clues and four of them can be seen in the picture below.

The first one is the corpse on the left side of the fire, who was trying to reach something. He was poisoned and he was trying to get to the pot with money behind the tree.

The next clue is located by the fire (right side) and that friend died strangled.

A third clue is behind the fire, by the tree. It is another poisoned body.

Now go around the tree to find a pot containing 40 silver. Take the money, then return to the fire and investigate the plate to learn what happened here.

The story goes like this. The three friends came to the tree and found a pot with silver.

While celebrating they argued for the money and two of them strangled the third.

Check This Too!  Assassin’s Creed Valhalla How To: Find Spinster A Lover

Except that the third was faster.

By the time he died, his friends were already poisoned by the food and died shortly after.

So, they came to the old man, asking to find Death and death is what they found. But in fact, the old man you just met was what they were looking for.

According to the folklore tale that is.

That’s how you complete the Assassin’s Creed Valhalla Red Pardoner’s Tale quest, but maybe next you’ll want to check your sanity and do some counting for the Madman nearby.