The Assassin’s Creed Valhalla Offchurch Gear is another Wealth Collectible that may look impossible to get, just like the one in Ledecestre we have discussed in the previous AC Valhalla guide.

But fear not because I am going to explain how to get this piece of Gear and how to open the Offchurch locked room, and trust me it’s easier than you think.

Because you see, there is a small trick you need to know about the Offchurch Wealth Gear, and most likely you are making the same mistake I did.

So let’s go quickly over this one because once you collect it, you’ll get a really nice weapon. The Sepulcher Axe.

This one is located in an Offchurch underground room, which, as you probably know is locked.

I have marked its location on the map to help you find it, although you should not focus on it too much, and you’ll see below why. 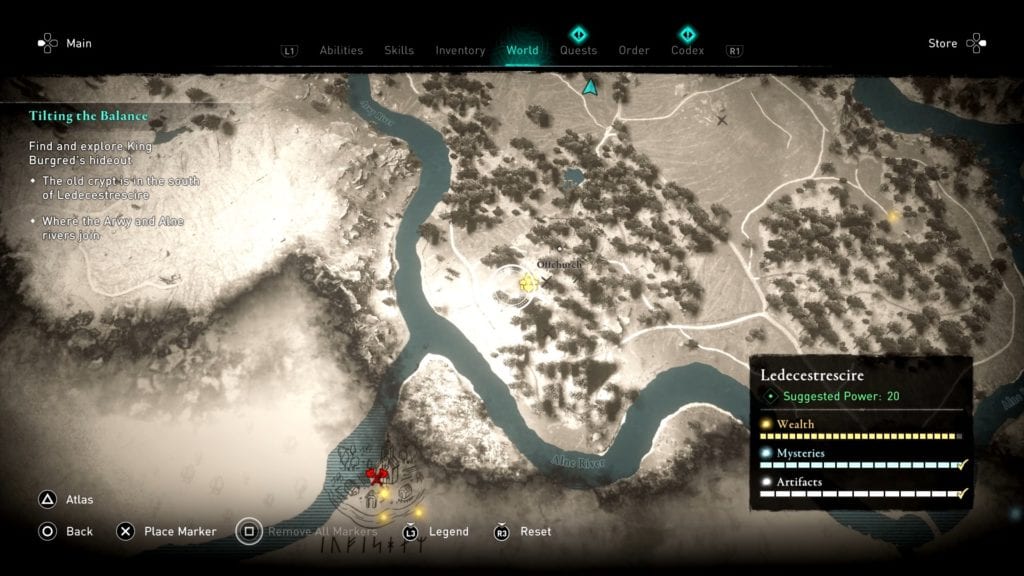 How To Get The Offchurch Gear In AC Valhalla

Now, unlike the Ledecestre Gear, which required us to solve a relatively easy puzzle (or like the Venonis Gear), the Offchurch Wealth doesn’t require any puzzle and you don’t have to find a secret entrance.

Check This Too!  Assassin’s Creed Valhalla How To: Hunt Andhrimnir's Boar

You’ll need a key though.

But the problem here is that the Anglo-Saxon that carries the key is nowhere to be found.

So, how to get inside?

By playing the Tilting the Balance quest.

This specific quest takes place in Ledecestrescire and it is part of the Kingmaker’s Saga.

At the end of the said quest, you’ll have to deal with Burgred who will hide inside the room where the Offchurch Gear is located.

Obviously, you’ll have to get inside and the key to the locked room is found, well…in front of the room.

It is carried by a Skirmisher you can see in my screenshot below, and you’ll have to kill him.

Once you do that, you’ll get the Offchurch Door Key and you’ll use it to open the door leading to Burgred.

Inside you’ll be able to get the Offchurch Gear Collectible, before or after you deal with Burgred.

It is fairly easy to find as you can see in my screenshot below.

So, long story short, if you can’t get this piece of gear; it’s because you’re trying to access a quest-related area, a bit too soon.

And that’s it. That’s how you get the Assassin’s Creed Valhalla Gear beneath Offchurch in Ledecestrescire, but keep in mind that the one inside Cyne Belle Castle is similar.

Check This Too!  Assassin’s Creed Valhalla: How To Win Mildburg's Race