The Assassin’s Creed Valhalla Gyldan Sparrow is a sunken ship you’ll need to find for a Norse Woman you’ll meet at Lunden’s docks if you wish to complete another World Event named Last Flight Of The Gyldan Sparrow.

The AC Valhalla Gyldan Sparrow is basically the objective or your goal for completing the said mystery, which let me tell you that is quite confusing because the said woman will ask you to fish a cow.

Yeah, that’s right but don’t worry because you don’t have to do that, although it would be quite interesting.

Nevertheless, you’ll still need to find the Gyldan Sparrow and in the guide below I’ll tell you what you have to do to locate it.

Where To Find The London Docks Norse Woman In AC Valhalla

Good, so let’s start with our NPC who is looking for that Gyldan Sparrow.

You can see her location on the map below, and you can also notice that she’s standing by the docks. Look for her south of the Temple of Mithras. 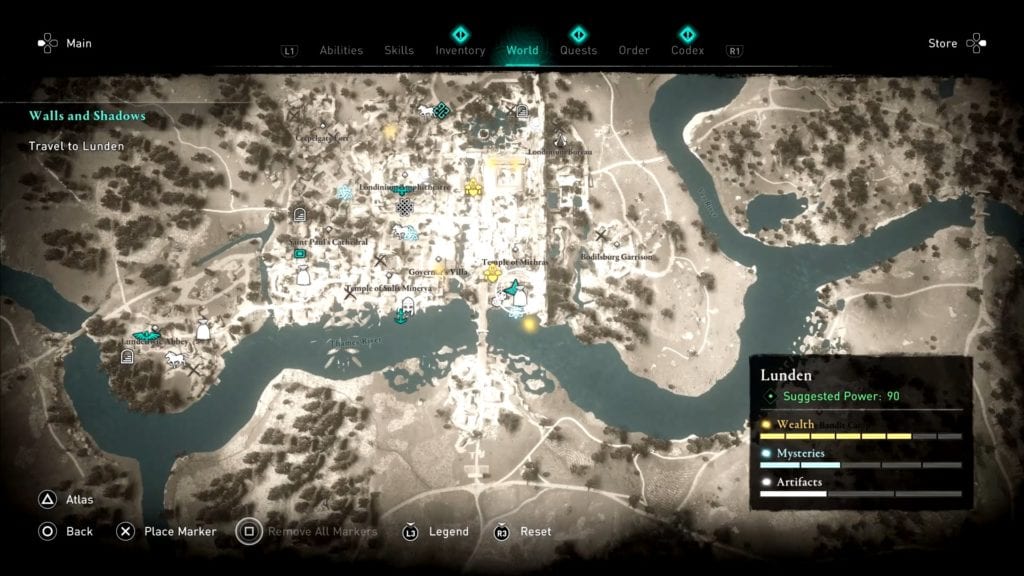 When you get to her location you should see a group of three people.

Politely interrupt them and the Norse Woman will tell you about a ship coming from Aksum. Its name was the Gyldan Sparrow which stands for the Golden Sparrow.

Check This Too!  Assassin’s Creed Valhalla How To: Find The Suthsexe Hoard Map Treasure

Now, the woman will also tell you that it was carrying a treasure but the current is too powerful for her to dive and claim it.

Good, so we have a treasure which is awesome. So let us find the sunken ship.

Where To Find The Gyldan Sparrow Wreckage In AC Valhalla

The wreckage in question is actually several steps from you.

From your current location, while facing the river, turn left and you’ll see the mast of a ship in the water.

There is also a regular chest you can loot there as you can see in my screenshot.

Pants down, and into the water with you, Viking.

As you dive you’ll see the sunken ship or the Gyldan Sparrow.

Go under the wreckage and you’ll find two chests.

Loot both of them for Iron Ore, Leather, and a Waterlogged Note.

The Waterlogged Note is the quest item you’re looking for, so get it back to the Norse Woman.

Now for the interesting part.

Where To Find The Cow’s Stomach

From the Waterlogged Note, the Norse Woman who is not too bright will tell you that the treasure is inside a cow’s stomach and that you should fish for it.

Fish for a cow’s stomach, or for the whole cow?

None, actually, because the treasure is indeed in a stomach, but not a cow’s stomach but a fish that is similar to a cow. In size! So a large fish.

Strange quest right? Yeah, it sure is but the good thing is that the fish is also nearby.

Head to the end of the dock, pull out your rod (assuming you have built the Fisherman Hut) by pressing down on your D-Pad, and catch one of the largest fish you see in the water.

Just as you see in my image.

Once you catch the fish, you’ll be able to loot the Treasure of the Gyldan Sparrow and take it back to the Norse Woman.

Finally, you have two choices and both of them will end the mystery. Keep the treasure and sell it to a merchant, or give it to the woman.

Know that if you decide to give it away, the woman will not reward you even though she promised some sort of compensation.

Imagine that. She fooled you.

That’s how you complete the Assassin’s Creed Valhalla Last Flight Of The Gyldan Sparrow quest and how you find the Treasure of the Gyldan Sparrow in the video game developed by Ubisoft. Now you should focus on reuniting the Gleemen Band.

Check This Too!  Assassin’s Creed Valhalla Stampis Wealth: How To Unlock The Tungsten Ingot Chest