The Assassin’s Creed Valhalla Beastmaster inside Beorn Cavern is another NPC you’ll meet in the Essexe region of the video game developed by Ubisoft, and just like Keith we have met earlier, the Beastmaster has a small problem with the church. Not the building but with one of its representatives. Or a monk if you want.

However, the AC Valhalla Beastmaster World Event (which is actually named Devil’s Hole), is a bit trickier than it looks at first sight, but together we will try to figure out who is right and what is the best possible decision you can make.

Before we begin, just so you know, the AC Valhalla Devil’s Hole mystery is connected to another world event you can complete in the Cent region. Specifically Red In Tooth And Claw.

Where To Find Beorn Cavern & The Beastmaster In AC Valhalla

Good, so let’s start with the location of Beorn Cavern in AC Valhalla.

As you can see on my map this cave is located just west of Colcestre.

Ride to the location marked on the map and here you’ll find a priest in front of the said cave. 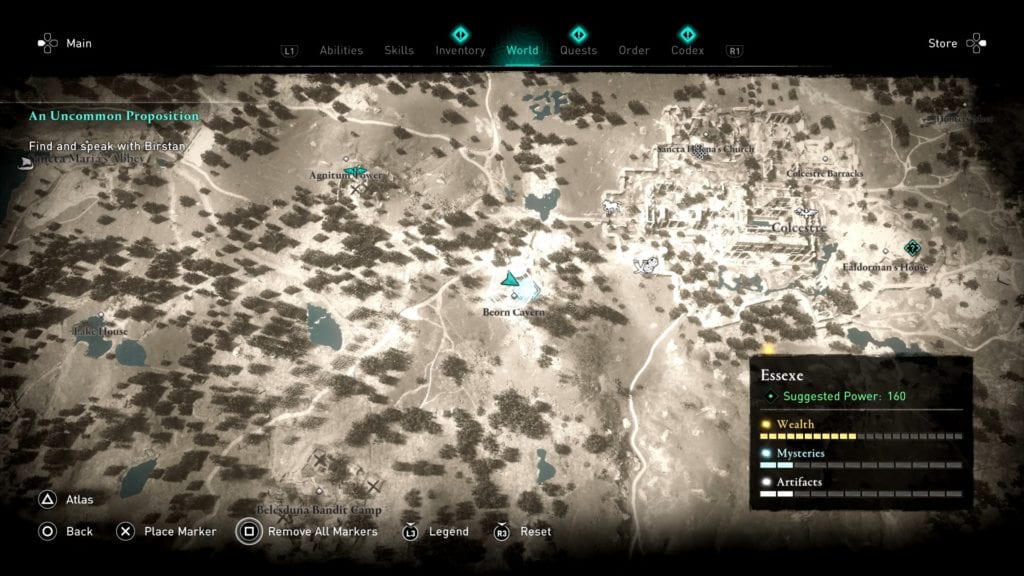 How To Help The Beastmaster

When you talk to the priest outside the cave he’ll tell you that inside is a man who commands the beasts.

Check This Too!  Assassin’s Creed Valhalla How To: End Alduini & Sebbi's Fight

Obviously, this is not true; but the priest insists that people died being killed by various animals. Or birds.

According to him, the man inside the cave commands them, and he wants you to deal with the Beastmaster.

Head inside the cave and you’ll find the NPC in question. He is a friendly fellow and he has a bear.

Now, during your dialogue, if you completed Red In Tooth And Claw, Eivor mentions the man who was killed by rats.

But, since we know what actually happened there, it’s clear that the Beastmaster had nothing to do with that man.

So, the question and your objective here is to choose between helping the Beastmaster or the priest outside.

If you decide to help the priest, then kill the Beastmaster who by the way is innocent; and then report to the priest.

On the other hand, if you decide to help the Beastmaster things get a bit complicated because he’ll tell you that he wants you to scare the crowd outside.

Obviously, you can go outside and kill the priest, then report to the man inside the cave and complete the event. He will tell you though that this action will only complicate the situation and the idea to kill the monk was a bad one.

Check This Too!  Assassin’s Creed Valhalla How To: Find All Asgard's Stags

What you want to do here is to scout the forest nearby and you’ll see one or more wolves.

Get close to them, then run back to the monk.

This way you can lure the wolves and they will scare the crowd.

Even if they kill the monk, this is not your fault.

Now, report to the Beastmaster, and the event ends. The proper way.

That’s how you help the Beastmaster in order to complete the Assassin’s Creed Boar Devil’s Hole world event.