In Assassin’s Creed Valhalla Njord is not only the God of the sea but also a very unhappy NPC and quest giver you can find in Asgard while playing the video game developed by Ubisoft.

The AC Valhalla World Event you can complete by helping Njord is named Njord’s Lament; and it is the shortest in Asgard.

Before we begin though, make sure you follow the instructions below, otherwise, you’ll have to do some swimming, which is nice, but time-consuming.

If this event doesn’t appear on your map, consider advancing through the Asgard story-arc up to the point when you have to reach the Well of Urdr (Well-Traveled quest).

Where To Find Njord In AC Valhalla

Good, so as you can see on my map, Njord is found on an isolated island on the north-western side of Asgard.

Or in the upper left corner; however, on my map below, you can notice that my character is located on the eastern coast of the nearby island.

Make sure you reach that location first because you’ll find a boat. And this quest requires on. 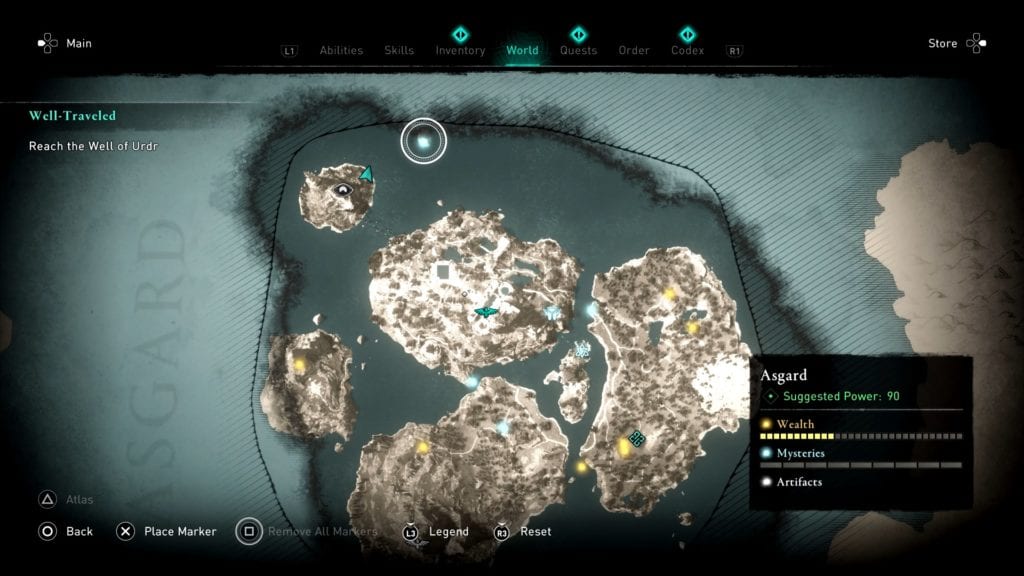 How To Help Njord In Asgard

Good so once you get the boat, cross the water to the island where Njord is located.

If you want you can listen to his laments, about Skadi (his wife), and you can also read the Unopened Letter nearby.

It is a letter he received from his daughter Freyja.

Now talk to the drunk God and he’ll tell you about his problem. That problem is Skaldi who wants to return home to the freezing mountains.

Since she is a Jotun, those mountains are in Jotunheim, and obviously, Njord doesn’t want to leave his beautiful beach in Noatun, for some freezing mountains.

Not even for Skaldi, and he has a valid point. Who would want that anyway?

Your objective is to make Njord return to Asgard, and he will agree to do that the moment Eivor tells him that before leaving; Skaldi will most likely take everything from him.

Although legally speaking she is not allowed to do that before getting a divorce.

That reason is enough for Njord to follow you, so head to the boat and he’ll jump in.

Now, row your boat back to the shore where you found it, and Njord will get down.

This will end the event, but if you pay close attention you may see him returning to his island. Back to his mead.

As with most World Events, this quest may feature a bug for some of you, friends.

Specifically, Njord will refuse to get down from your boat, which means that you can’t complete Njord’s Lament.

If this happens, try crashing the boat into the shore by speeding up and hitting the ground.

This will force the stubborn God to fall into the water and follow you to the island mentioned above.

That’s how you complete the Assassin’s Creed Valhalla Njord’s Lament quest; so now let’s find the Asgard’s Stags that eat among the branches of the World Tree Yggdrasill. 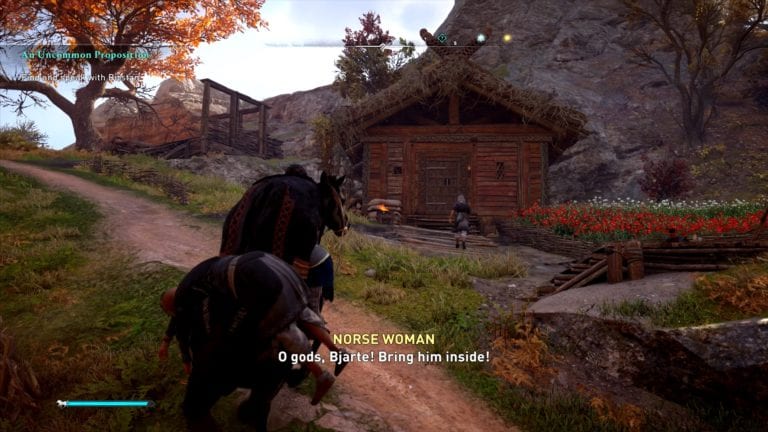 Assassin’s Creed Valhalla Folded Note is a quest item for a Mystery you can complete in Lincolnscire. This specific quest featured in the latest Assassin’s Creed video game developed by… 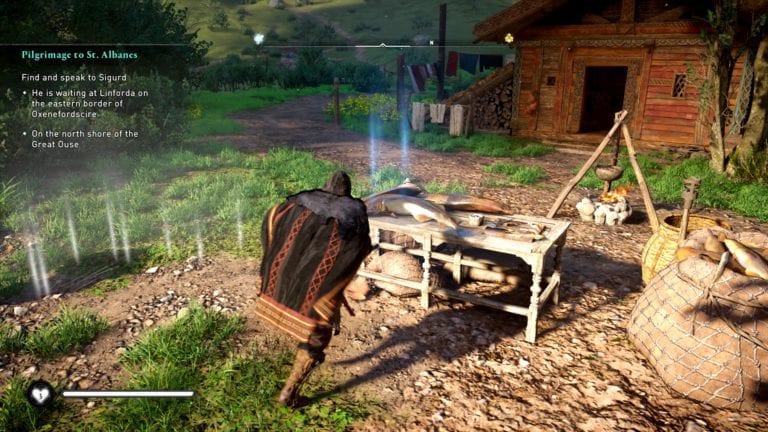 In Assassin’s Creed Valhalla Alvar is an NPC in the Oxenefordscire territory, and a quest giver you’ll have to help. Because you see, besides the fact that he’s an NPC,…

Aswig is an Assassin’s Creed Valhalla NPC, quest-giver, and probably the most annoying character you’ll ever meet not only in Essexe region but in the whole video game developed by… 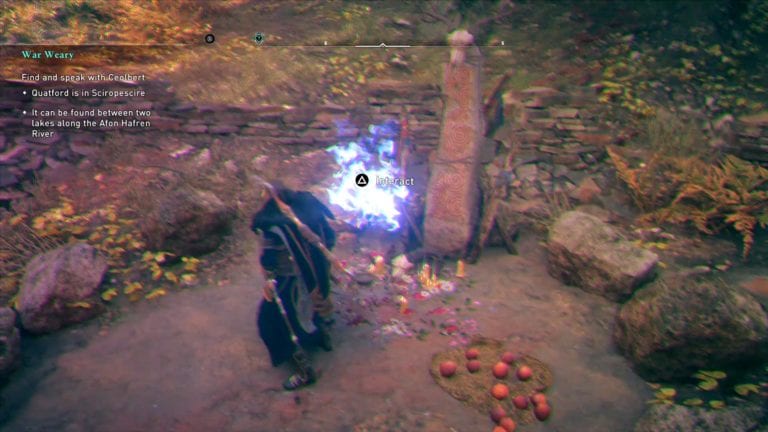 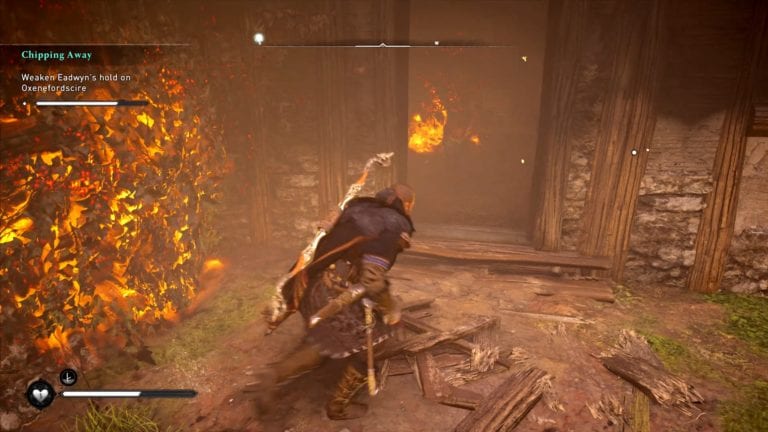 In Assassin’s Creed Valhalla Dandelion Puff is a pet you’ll need to save in the Oxenefordscire region, in order to help a woman in distress. Who is also partially crazy… 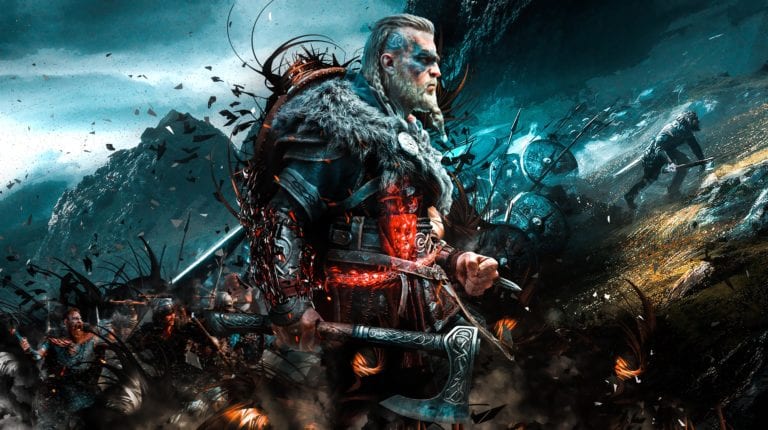