The Assassin’s Creed Valhalla Elderly Farmer you’ll mee in Oxenefordscire region has one of the saddest stories in the video game developed by Ubisoft. And hilarious at the same time, if you pay close attention to what the blind farmer has to share with you.

This World Event must be completed in order to get 100% completion in Oxenefordscire, so in the guide below we’ll discuss a confused and old farmer, as well as his missing daughter Rose.

Unlike the previous side-quest we have covered (Fishing Lesson), this one (which is called Nostalgia); is a bit shorter, and there are no special requirements for it.

So let’s meet the Elderly Farmer, Rose. Yeah, that’s you.

Where To Find The Blind Elderly Farmer In AC Valhalla

Ok then, so on my map below you can see the location of the Elderly Farmer you’re looking for.

He stands on a bench in front of his house, just south of Eatun Barn. You can’t miss it, because when you get close you’ll hear him calling her daughter Rose. 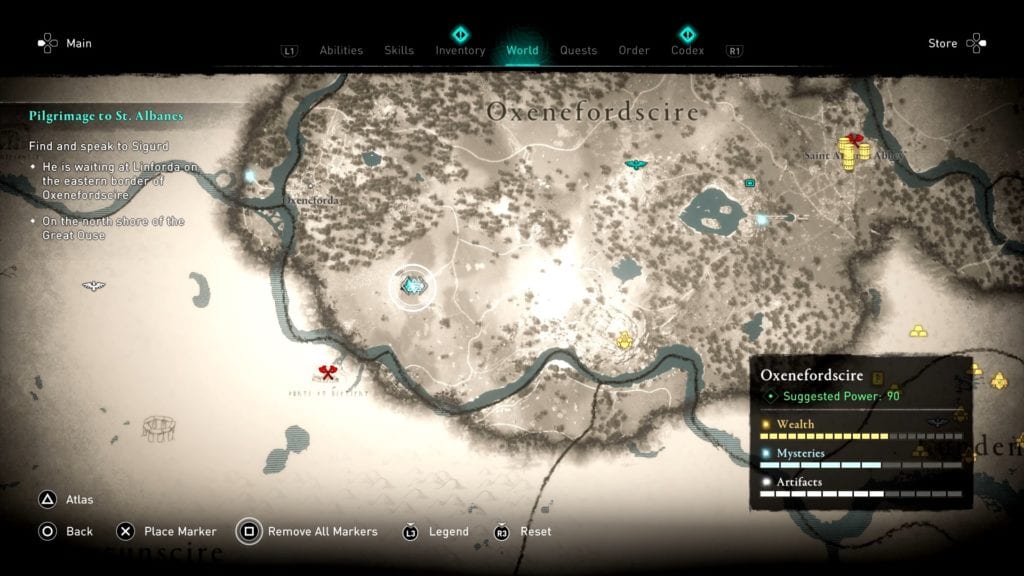 Now, when you get to the blind man’s house you can talk to him and he will start calling you Rose.

Since Eivor has such a good heart he’ll play along and indulge the blind farmer, who has a request. To help him carry some crates.

Check This Too!  Assassin’s Creed Valhalla: How To Help Asser See God's Light

After the dialogue, you should read the note (Reminder) on the bench, then look around you, and on the right side while facing the said note you’ll see 3 crates.

Grab one of them and carry it to the shed where the farmer is working.

Place it on the ground as you can see in my screenshot below.

Make sure the crate is placed on the piece of cloth that is highlighted.

Good job, Rose. Now, do the same with the other two.

Listen To The Elderly Farmer’s Story

Right, so this chore is completed which means that it’s time to take a break.

Follow the blind farmer to the bench nearby and pay close attention to what he has to say.

This funny character will tell you about Rose’s mother, and how they met.

He’ll also tell you about you Rose, but the problem is that sometimes he’ll fall asleep.

The goal here is to wake him up so he can continue the tale.

Long story short, you were named after a cow.

Yeah, that’s right. Rose (that’s you) was the name of a cow. Most likely a brown one.

Grateful for your patience, the elderly farmer will offer your mother’s ring.

And here you have two options as you can see below.

Check This Too!  Assassin’s Creed Valhalla How To: Get 10 Small Bullhead For Elisdon Offering Altar

Both of them will end the quest, but consider this. First, you are not Rose. Nor the cow. So taking the ring would mean that you fool the man.

Second, if you visit the man’s house you will find an Old Letter From Rose (the daughter not the cow). In that letter it clearly states that Rose’s plan was to return home, but as you can see she never made it.

So, Rose is most likely dead, even though the cow may still be alive.

If you decide to take the ring you are basically stealing from a blind man and also break any connection he has left with Rose’s mother.

Obviously, you’ll be able to sell the ring, but the Opal inside the house should be more than enough as a quest reward.

Choose as you see fit.

That’s how you help the Elderly Farmer and play as Rose in the Assassin’s Creed Valhalla Nostalgia quest. Now, I suggest focusing on Sten who has bigger problems.