In Assassin’s Creed Valhalla Aelfwyn of Edmund’s Hope is a nun with some anger issue you’ll most likely find in the East Anglia region. Dealing with her will allow you to solve a new mystery or a World Event named A Blood Hymn for Edmund.

This AC Valhalla quest is very short and it can be compared to The Devout Troll.

Although the latter is a bit longer, the NPC, or Aelfwyn is quite similar to the never angry monk.

But Edmund’s Hope Aelfwyn has a more direct approach and there are no choices here.

So let’s see what’s her problem.

Where To Find Aelfwyn In AC Valhalla

As you can see on the map below, Aelfwyn is found in the southern part of East Anglia, close to a Highpoint you must synchronize in this region.

In fact, she is standing right under that viewpoint and she’s impossible to miss. 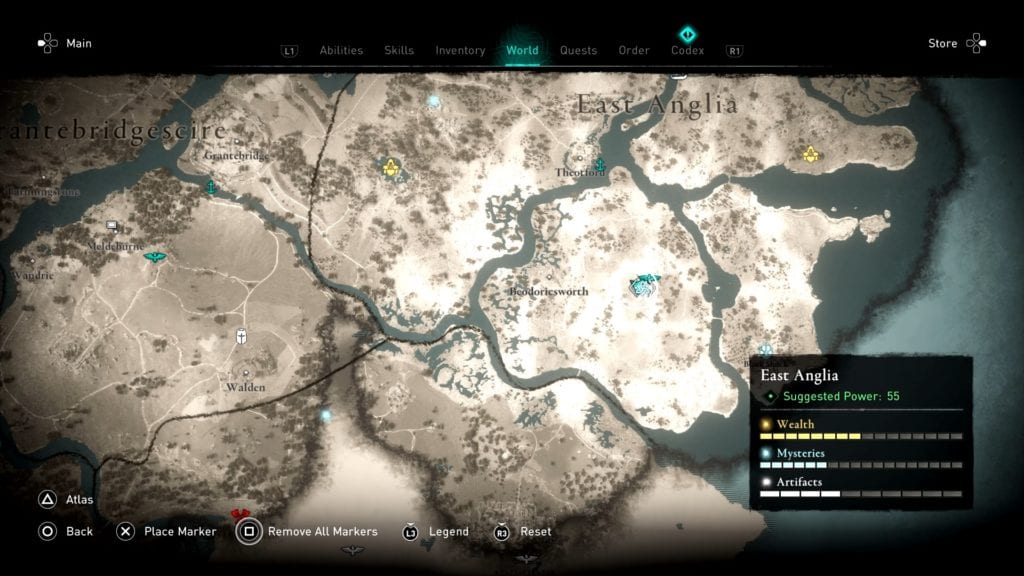 When you get to that location, you’ll see a partially destroyed church, and inside, an altar.

Next to it is Aelfwyn. A nun. A “possessed” nun, and by that, I mean that this nun has a lot of problems and she should take some anger management lessons.

So what’s up with this one?

How To Deal With The Hammer Of The Heathens

Well, if you want to be prepared for what’s going to happen next, I sugged reading the note on the altar. You can see it in the picture below.

Check This Too!  Assassin’s Creed Valhalla How To: Find The Lincolnscire Hoard Map Treasure

This is the Worthful Offering and it shows the following lines:

“O Lord,
Take these gifts, my blood offering, as a sign of devotion to your mighty Cause. I have laid waste a dozen heathens for your greater Glory, though one crept up into the rafters to die so that you might smite him down at your leisure. May his blood and body please you, my Lord.

Your most devoted apostle,

Hammer of the Heathens.”

Yeah, this note basically tells you that Aelfwyn or Hammer of the Heathens is actually a fanatic. A crazy one too, because if you talk to her, no matter how much Eivor tries to make her understand he doesn’t want to hurt her, this nun goes crazy and will attack you on sight.

Why? Because she’s crazy that’s why.

Now if you think about it, the monk in Grantebridgescire was crazy as well, but at least he was calm. This nun though has no time to chat with you. She wants you dead. Period.

So kill her to complete this quest.

That’s how you deal with Aelfwyn in Assassin’s Creed A Blood Hymn for Edmund quest, so now let’s play a short hide and seek game with Pebble, Sigg, and Braggi.

Check This Too!  Assassin’s Creed Valhalla Wiki Guide: How To Baptize The Norse Man In Jorvik