In Assassin’s Creed Valhalla Matilda The Seer, or the Pig of Prophecy, or just Matilda is well, a talking pig you’ll be able to find in Dorobernia Theater when you explore the Cent region of the video game developed by Ubisoft.

Specifically Matilda the Talking Pig is located inside the Dorobernia Theater; which is found in the large city of Canterbury.

Why a theater? Because besides the fact that she can talk; Matilda is also interested in Roman culture; so it’s quite normal to spend her free time in the theater.

By finding Matilda, you’ll be able to complete the World Event named Pig of Prophecy, which is very short and it will not make any sense at first sight.

So let’s see how to complete this one, then you should focus on the Roman Artifact and Ingot at this location.

Where To Find Matilda The Seer In AC Valhalla

As said Matilda The Seer is found in Canterbury. Inside Dorobernia Theater.

She’s there along with her master who, unlike our friendly four-legs bacon giver, doesn’t like to talk too much.

But Matilda’s master is our quest giver and the one you’ll need to find when you reach the location on my map below.

Check This Too!  Assassin’s Creed Valhalla How To: Beat Ratatosk At Flyting 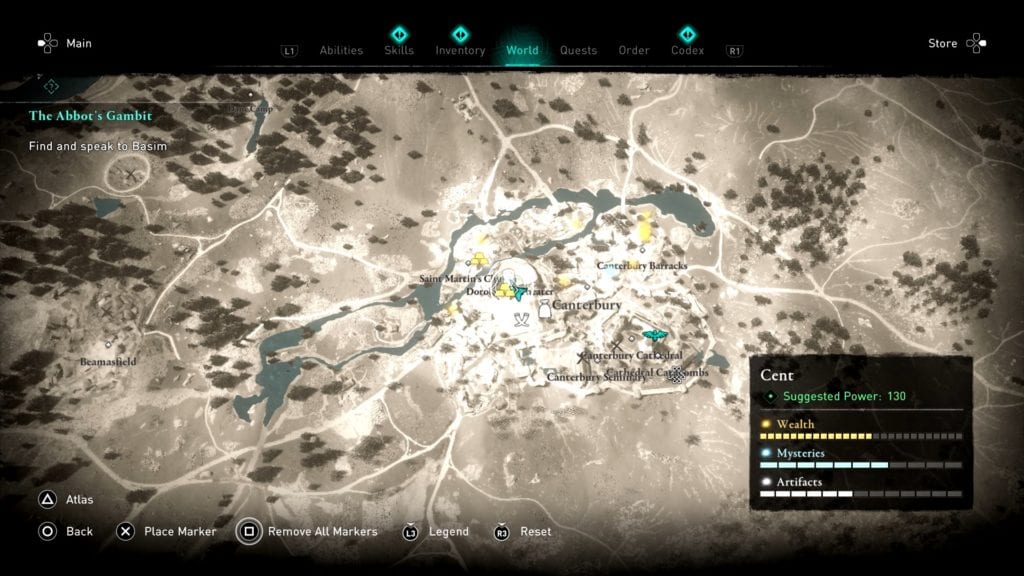 How To Talk To The Pig Of Prophecy

Now, when you approach the man in question you’ll be able to find out that along with Matilda’s power to communicate with people, she can even go the extra mile and see the future.

This is one amazing pig!

The owner (pictured below) is as said verbally limited. Or simply put he won’t comment on his pet’s powers.

That’s the only thing this guy will tell you.

So, also in the picture above you can see a pot.

Normally, the guy next to this pot should worry you, even though he’s having a great time talking to Matilda.

But Eivor’s curiosity can’t be denied, so, interact with the pot and drink whatever is inside, although we can all agree that is Matilda’s food. Or water. But we’ll call it a brew because eating pig food doesn’t sound too well.

Once you drink from Matilda’s pot, Eivor gets high (again) and he can talk to Matilda.

Right, so pay close attention to what the pig has to say because even though it won’t make sense at first, there are some interesting prophecies.

The river swan, for example, is Eivor’s ship, while the men of the Church Father, are well…I won’t spoil this for you.

Check This Too!  Assassin’s Creed Valhalla How To: Play Hide And Seek With Pebble, Sigg And Braggi

Regardless, once you drink the second time, the Pig Of Prophecy ends; and you are done with Matilda.

One thing worth mentioning here is that this world event may be bugged for some of you guys; meaning that you may not be able to talk to Matilda twice.

If this happens, after you talk to her once, try fast traveling to another location, then return here.

You may also want to speak to Matilda’s owner after you drink the brew once.

That’s how you complete the Assassin’s Creed Valhalla Pig of Prophecy quest, so now let’s see why the Cursed Man died.