In Assassin’s Creed Valhalla Fenton is a quest objective for a Mystery you can complete while exploring Suthsexe.

The Mystery is named Eivor The Sheepdog and as usual, this World Event must be completed in order to get 100% completion in Suthsexe.

Your goal is to find Fenton, but the problem is that when you locate his master you won’t be able to talk to him; thus it is quite hard to figure out who is Fenton.

On top of that, Fenton’s location is also unknown and once you find him, you’ll also have to bring him back to his master.

So who is Fenton? Well, since the mystery is called Eivor The Sheepdog, it’s quite clear that he is a sheep. Or if you want; a soon to be Shish Kebab.

Where To Find Fenton’s Master In AC Valhalla

In order to start this Mystery which is hilarious, first, you’ll want to find Fenton’s Master.

As you can see he is located north-east of Guildford. This is the location where the mystery starts.

Check This Too!  Assassin’s Creed Valhalla How To: Find The Lunden Hoard Map Treasure 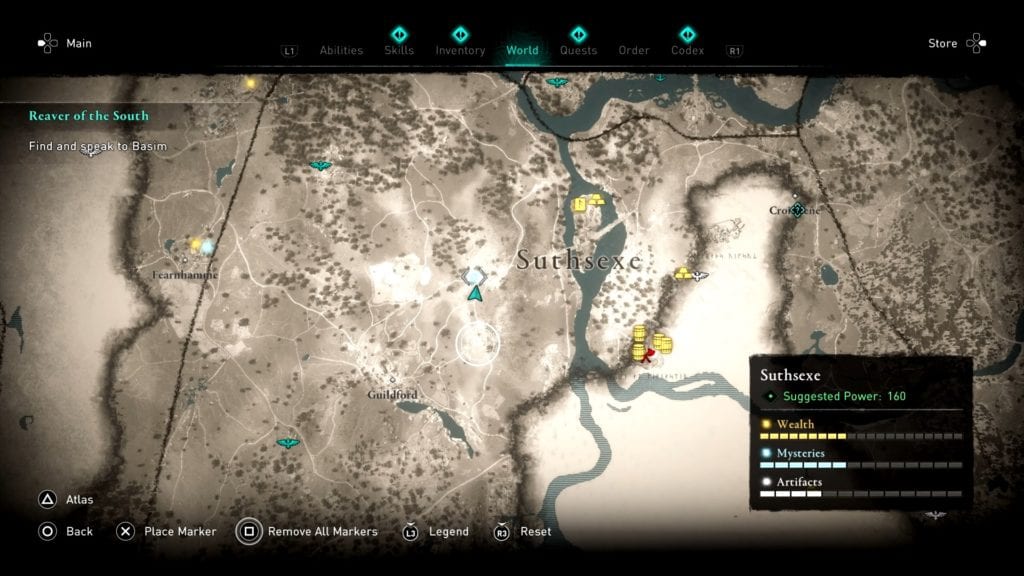 When you get close to him, he won’t have anything to say because he is busy calling Fenton.

Your goal is pretty obvious. Find the woolly sack of mange for the desperate and quite vocal Anglo-Saxon Man.

Fenton’s location is close to the spot where you start the mystery.

All you have to do is to explore the small forest northwest of the house where you found the man looking for his sheep. You can even see that forest on my map above.

Here, you’ll spot a rather large rock and on top of it, Fenton. Unfortunately, there are also several wolves nearby ready to feast.

Obviously, your next objective is to deal with the wolves, then you’ll have to take Fenton back to his master’s house.

How To Bring Fenton Back To His Master

Good so now that you have saved Fenton, it’s time to guide him back to his master.

Although you may think that Fenton is just a stupid sheep, he’s quite smart and very humble; so he’ll gladly follow you to meet his end if you whistle.

So, press (don’t hold) left on your D-Pad and you’ll see him moving towards his house.

Keep your eyes on the sheep and whenever you see him stop, whistle again.

Check This Too!  Assassin’s Creed Valhalla How To: Get The Raven Nest Ring

Eventually, you’ll get him back to his master who will swiftly put him to rest and turn him into a stew.

That’s how you find Fenton and bring him home for the Assassin’s Creed Valhalla Eivor The Sheepdog quest; but now it’s time to stop Griseld’s sacrifice and figure out who is Aflanc The Terrible.