In Assassin’s Creed Valhalla Dandelion Puff is a pet you’ll need to save in the Oxenefordscire region, in order to help a woman in distress. Who is also partially crazy like most NPCs we have encountered. You may remember Alvar’s Last Raid quest.

But helping the Oxenefordscire woman in distress comes with two benefits for you and Eivor.

First, when you complete the World Event named A Dog’s Rescue in Ubisoft’s latest AC video game, you’ll get XP which is always nice.

And second, you’ll get a new companion that will join your settlement along with the longship cat you should already have.

Good then, so let’s save Dandelion Puff from the burning house, in four very easy to follow steps.

Where To Find The Woman In Distress In AC Valhalla

As you can see on my map below this World Event can be found south-east of Buckingham and north of Great Ouse River. 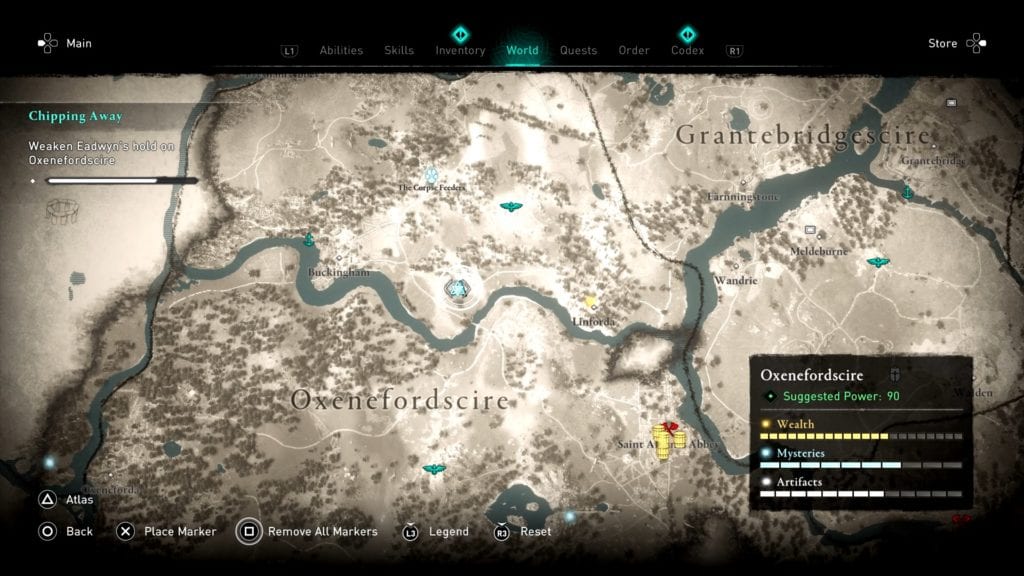 When you get to this location you’ll find the woman in distress who is standing in front of a burning house.

The good thing is that the woman managed to escape the flames, although she’s not looking very well.

The bad thing is that her pet, Dandelion Puff is still inside the house.

Check This Too!  Assassin’s Creed Valhalla Wrath Of Druids How To: Get Clogher Ability Wealth

And as a pet lover, you’ll need to save the dog.

Preferably without getting into the fire.

And we will do just that.

How To Help Dandelion Puff

Good, so now that we know what we are dealing with, the first thing you’ll have to do is to go around the house and in the back, you’ll see a wall made of sticks…Or a partially destroyed wall if you want.

It looks just like the one in the image.

Remember that we want to do this without getting inside the burning house.

Destroy this wall with a melee attack or by shooting an arrow.

Now look through the hole and inside (on the left side) you’ll see a vase blocking a shelf you can push.

As you can see in the following screenshot.

Shoot this vase as well.

Finally, while looking through the same hole, but on the right side, you’ll see another wall made of twigs (also pictured).

Shoot this one and Dandelion Puff will come out running.

And obviously Dandelion is not a dog, but a fox. Imagine that!

Regardless, we still need to help the fox, so for the final step, go left, and around the corner, you’ll see the shelf you can move now.

Check This Too!  Assassin’s Creed Valhalla Wrath Of Druids How To: Get The Ulster Ui Neill Artifacts

So push it to the right and the fox is free.

Now, all you have to do is to go back to the woman in distress and talk to her.

Unfortunately, she doesn’t have too much time left, and after she passes out, she’ll place Dandelion Puff in your care.

So, you just got a dog wannabe fox companion who will join your settlement. And you will be able to spot it the next time you visit your village, assuming you pay close attention to the environment.

That’s how you solve the Assassin’s Creed Valhalla A Dog’s Rescue quest and get a fox companion. Unfortunately, the fox won’t help you deal with The King Of The Hill who is the craziest NPC in the game.