Assassin’s Creed Valhalla Suthsexe Crawelie Hoard Map is one of the Artifacts you can find in Suthsexe.

Just like all Treasure Hoard Maps, it allows you to unlock a hidden treasure in the latest Assassin’s Creed video game developed by Ubisoft.

Claiming the AC Valhalla Suthsexe Crawelie Treasure; is a lot easier than most hidden treasures because the map in question comes with a drawing.

However, just in case you need help, make sure you follow this guide to discover the Suthsexe Crawelie Hoard Treasure as I will tell you where it is and what you need to do to get it.

Or simply put in Suthsexe there are 4 Hoard Maps you’ll need to find; so below we’ll cover Suthsexe Crawelie.

This is found in the small village named Crawleah as you can see on my map below.

To get it, all you have to do is to explore the distrust area and look for it inside a small house.

The map is sitting on a table like the one in my screenshot. Other than that there is nothing you should do to find it. 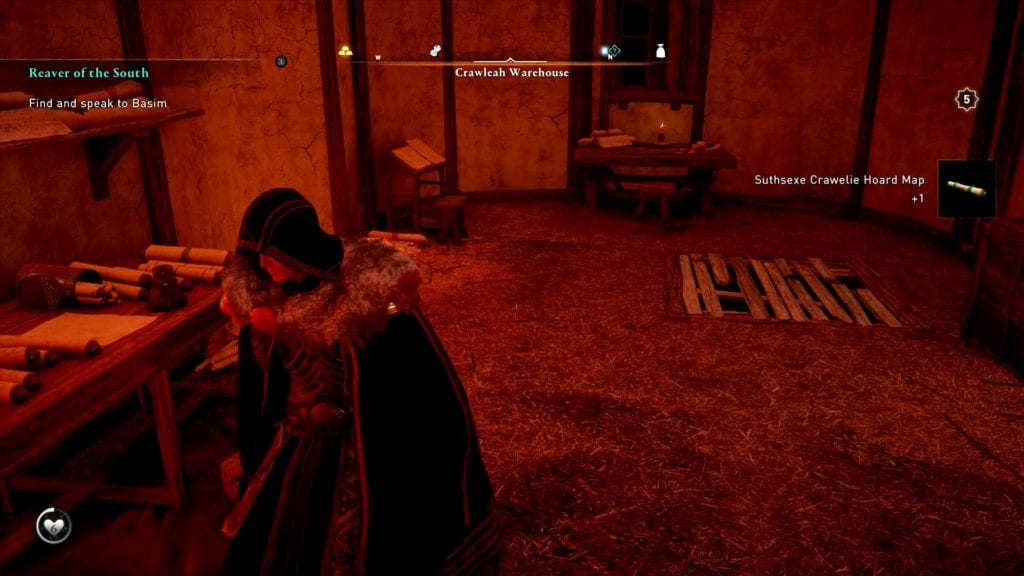 The map is sitting on a table

Once you pick up the treasure map, open your inventory, and check the drawing.

You should be able to spot two rivers, a unique hill that looks like a rock, and several flowers on top of it.

From your current location, you’ll want to ride south of Crawleah.

As you can see on my map below, your destination is the large lake (or swamp) just south of the spot where you have found the Hoard Map.

This is where you’ll find the treasure

When you get to the spot on my map (aka the lake) you’ll see not one but multiple small islands with red flowers growing everywhere. These are the flowers depicted on your map.

The treasure is located on one of these islands, northeast of the largest island (hill) in the lake.

Notice that there are also 2 young trees on the same island.

Look for the treasure in the small field of red flowers

The treasure is waiting for you within the red flowers.

Founder and senior content producer at GameClubz, I am the former CEO of VGFAQ.com & Primewikis.com. I've been playing video games since 1994, and I like to keep up with the latest video game releases. Feel free to get in touch with me if gaming is your passion.

Assassin’s Creed Valhalla: How To Enter The Mad Monk’s Lair

This specific landmark featured in the latest Assassin’s Creed video game developed by Ubisoft; is also tied to a Mystery you have to complete, and in the following guide, we’ll discuss both the lair and the Mad Monk you’ll have to deal with.

The Mystery is named A Prayer for Vengence and as usual, this World Event must be completed in order to get 100% completion in Suthsexe.

Once you do that you’ll be able to fully explore the Mad Monk’s Lair.

Where To Find The Mad Monk’s Lair In AC Valhalla

As you can see on my map below, the Monk’s Lair is located southwest of  Chertsey Abbey Ruins; however, on the same map you can also see that I have marked the location of the World Event you should complete first.

The idea here is to finish A Prayer for Vengence event, deal with the Mad Monk, and only then explore the Mad Monk’s Lair. 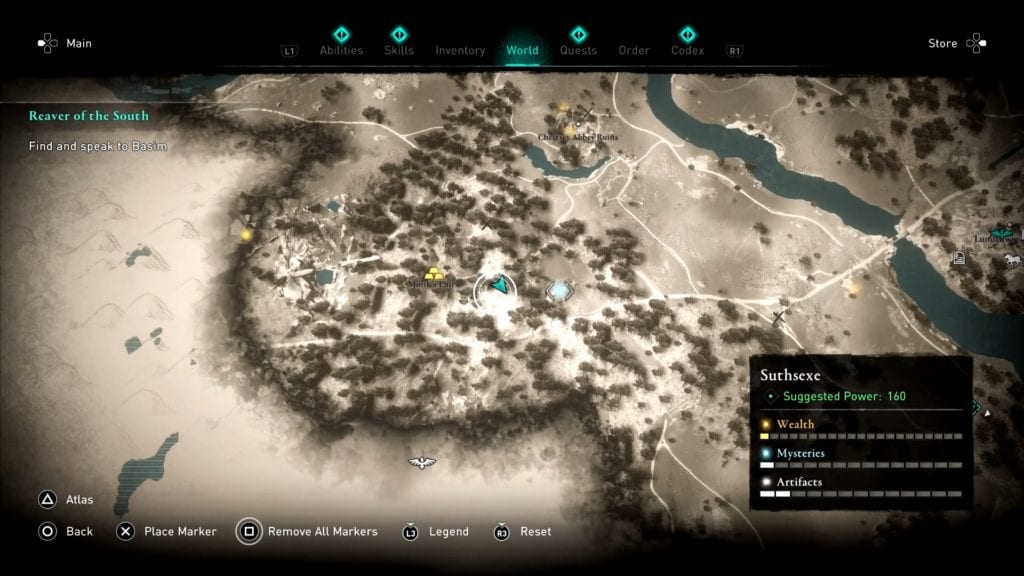 So, first head to the location of the said Mystery and here you’ll find a tomb.

Now you’ll want to find a way inside and since the main entrance is blocked, simply go around the tomb to spot the window in my picture below. 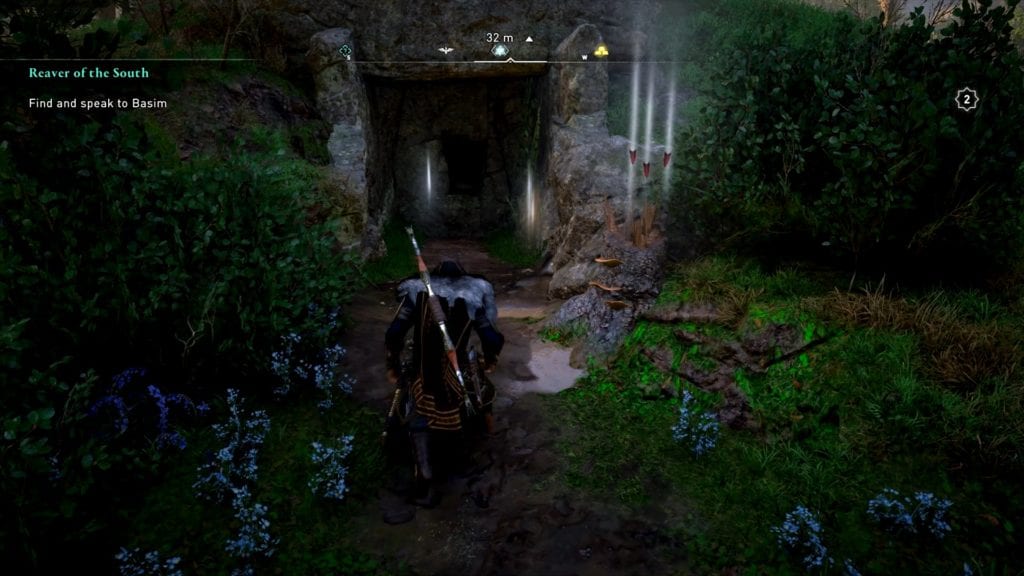 Shoot an arrow through this window

Shoot an arrow through the window and aim for the crate on the other side.

Next, head back to the main entrance and push the shelf to get inside.

While inside the tomb start looting everything. Here is what you can find:

Dealing With The Mad Monk

Once you get all these items it’s time to get out of the tomb, except that the Mad Monk who owns the place won’t let you escape.

Your goal here is straightforward. Kill the Mad Monk who is a very accessible target. You can see him below. 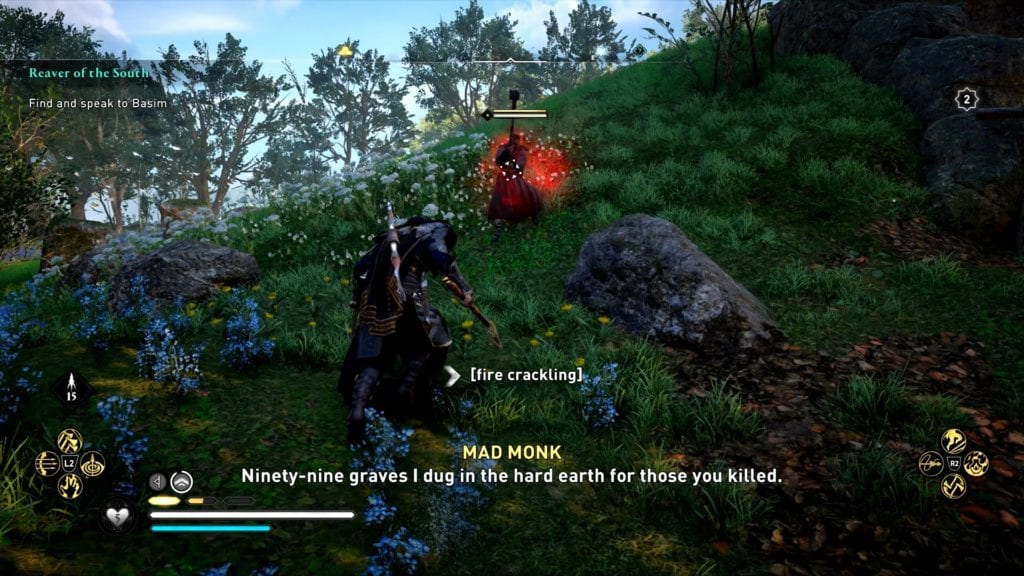 After you kill him A Prayer for Vengence ends, so head to the Mad Monk’s Lair on my map above.

To get inside the Mad Monk’s Lair you don’t need a key because the door is wide open, so start looking around to find the following items which are the most important: 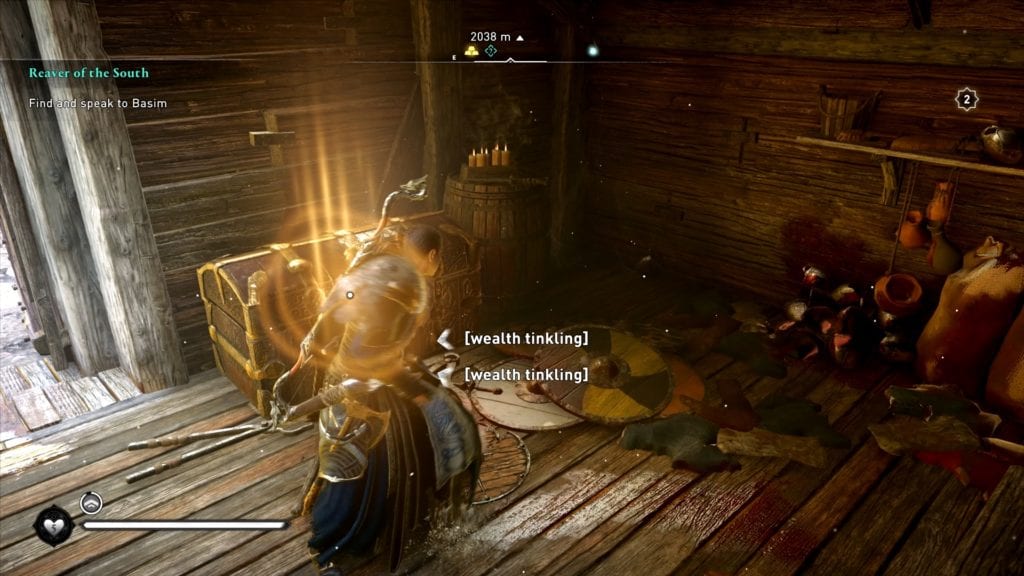 Make sure you get the Ingot

Once you clear the area, all you have to do is to focus on finding the Suthsexe Hoard Map Treasure we already discussed here.

In Assassin’s Creed Valhalla Griseld is an NPC and a woman you’ll need to save for a Mystery you can complete while exploring Suthsexe.

The Mystery is named Aflanc The Terrible and as usual, this World Event must be completed in order to get 100% completion in Suthsexe.

Your goal is to save Griseld before she is drowned by her father, who goes by the name of Bad Father. The reason is pretty obvious.

By stoping Griseld’s sacrifice you’ll also solve the mystery behind Aflanc The Terrible, who (according to Griseld’s dad) is a satanic sea beast.

Where To Find Griseld & Her Bad Father In AC Valhalla

In order to start this Mystery, first, you’ll want to find Griseld.

As you can see she is located north-east of Guildford and south of Briggworth. This is the location where the mystery starts. 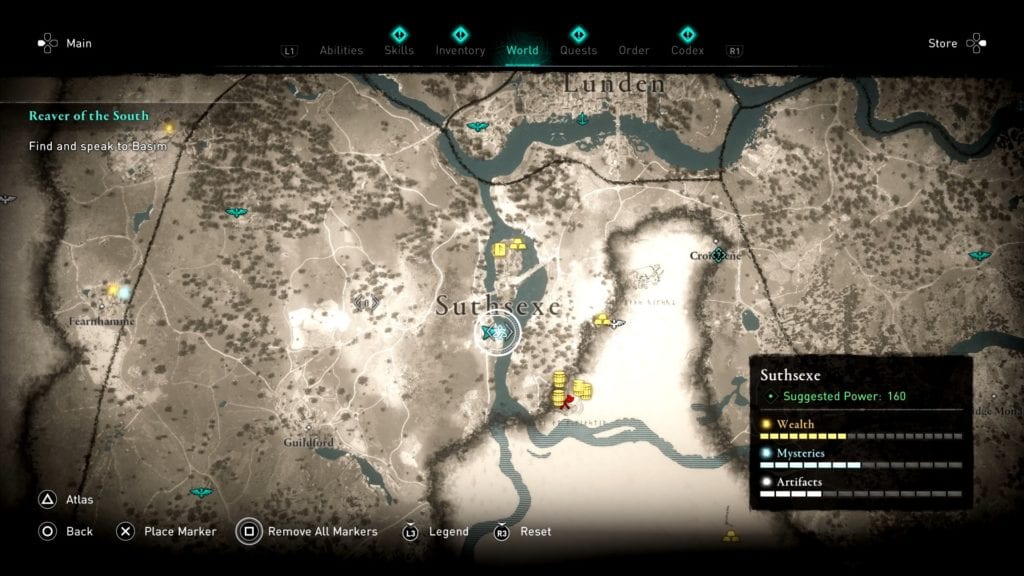 When you get to the spot on my map you’ll find Griseld who is about to be sacrificed by her own father, in order to please Aflanc the satanic sea beast.

This sacrifice should stop the floods Aflanc sent; so the next thing you’ll want to do is to stop this madness and free Griseld.

Once you do that, you’ll find more about Aflanc, Griseld, and the Bad Father who is clearly nuts. And a very rude fellow too.

While talking to them; Griseld’s father will show you that Aflanc is in the lake behind you, so your next goal is to end this nonsense by finding what is going on.

Who Is Aflanc The Terrible

While standing close to Griseld, look at the lake behind her and you’ll see a floating platform.

Jump into the lake and dive all the way down to spot a Viking shipwreck.

Scan the area and you’ll be able to see several items you can loot.

The most important one (or the item you’re looking for) is a Viking Ship Rope like the one pictured below. 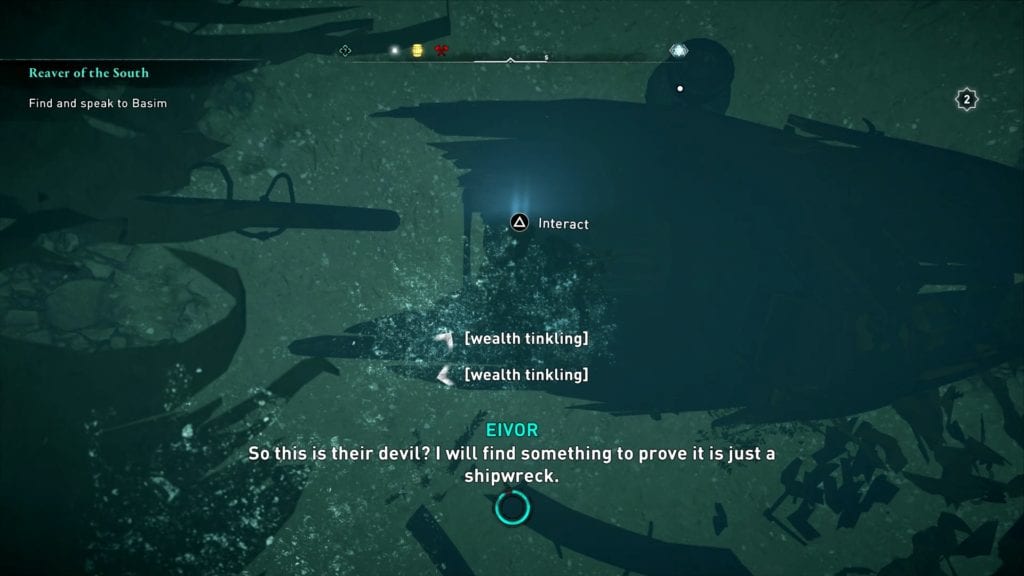 Grab it then return to the surface and talk to Griseld. Now, you’ll trigger a very interesting cutscene that should answer all your questions.

The long story short is that Griseld’s father knew that Aflanc is just a story, but he used it in order to get rid of his daughter. So basically he wanted to kill her and use Aflanc as an excuse.

Unfortunately, you won’t be able to apply the justice this guy deserves, but the good thing is that you saved Griseld and her father will never bother anyone again. Hopefully.

That’s how you save Griseld from drowning for the Assassin’s Creed Valhalla Aflanc The Terrible quest; so let’s focus on the Mad Monk next.

Valheim Withered Bones: Where To Find & How To Use

Valheim Muddy Scrap Piles: Where To Find & How To Mine

Valheim Swamp Key: How To Use & Open Swamp Crypt Gates

The Medium Thomas’s Hidden Room: How To Solve The Picture Developing Puzzle

The Medium Niwa Hotel: How To Enter The Resort

The Medium Thomas’s Office: How To Solve The Clock Puzzle

Valheim Save & Pause: How To Not Lose Your Progress