In Assassin’s Creed Valhalla Ove The Scarred is your Flyting opponent in Sciropescire and truth be told this NPC is the first decent one because besides flyting he also likes fist fighting.

So, we can say that this one is a true fighter, even though you’re about to hit him hard. Literally.

As usual, defeating Ove The Scarred at flyting in Sciropescire counts as an AC Valhalla World Event, and since our goal is to get 100% completion in each region, in the following guide we’ll talk about the correct answers you should give.

First, we will take this guy’s silver, and then we are going to give him a good beating.

Sad, but that’s how things go with this one.

So, let’s start with the flyting location in Sciropescire, which is actually taking place in the small village known as Quatford. 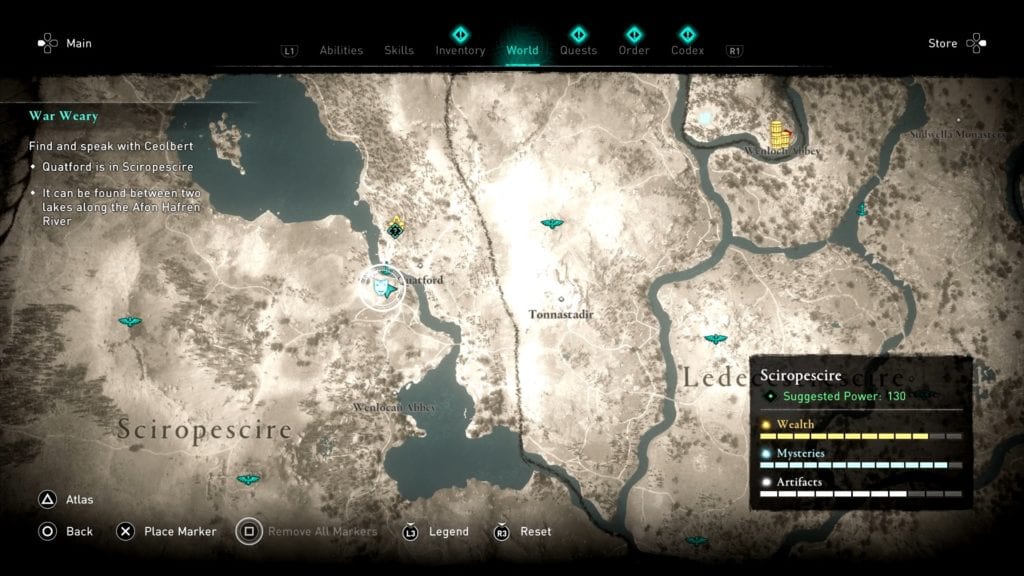 When you get to the location on my map above, you’ll find a guy with long hair standing in front of a gate.

You should be able to spot it in the south-eastern part of the village.

How To Win The Ove Flyting Duel In Quatford

Good then, so approach Ove (pictured), and let him start the duel.

Then you’ll have to give him the following answers after you (obviously) bet the highest amount possible.

Check This Too!  Assassin’s Creed Valhalla How To: Get 3 Hare's Foot For Cerneley Offering Altar

That’s because you want to take everything from our friend here.

The final line you deliver during this duel is basically an invitation to a fistfight, and Ove will be more than happy to accept it.

Luckily this guy is worse at fighting than flyting, and you should be able to take him out in about 2 hits. Just parry and strike back.

When you do that this world event ends.

And that’s it friends. That’s how you beat Ove The Scarred at Flyting in the Assassin’s Creed Valhalla video game developed by Ubisoft. Now, let’s go and insult the two priests in Cent.