The Caged Jotun is an Assassin’s Creed Valhalla NPC you will find close to a Jotun female who is trying to free him.

The Caged Jotun’s name is Skami and you’ll have to decide his fate.

When you find the Jotun female, if you accept to help her, you’ll trigger The Puppeteer World Event.

Your objective in Assassin’s Creed Valhalla The Puppeteer quest is to free the Caged Jotun, thus helping his lover or the female outside the cage.

All you have to do is to find the key to his cage, but things are a bit trickier here.

So let’s see how you can complete this mystery.

Where To Find The Caged Jotun In AC Valhalla

Look for the Jotun female and the Caged Jotun in Jotunheim, at the location marked on my map.

As you can see the event takes place southwest of Skrymir’s Mitten, northwest of Ymir’s Altar, and northeast of Heart Of The Wood. 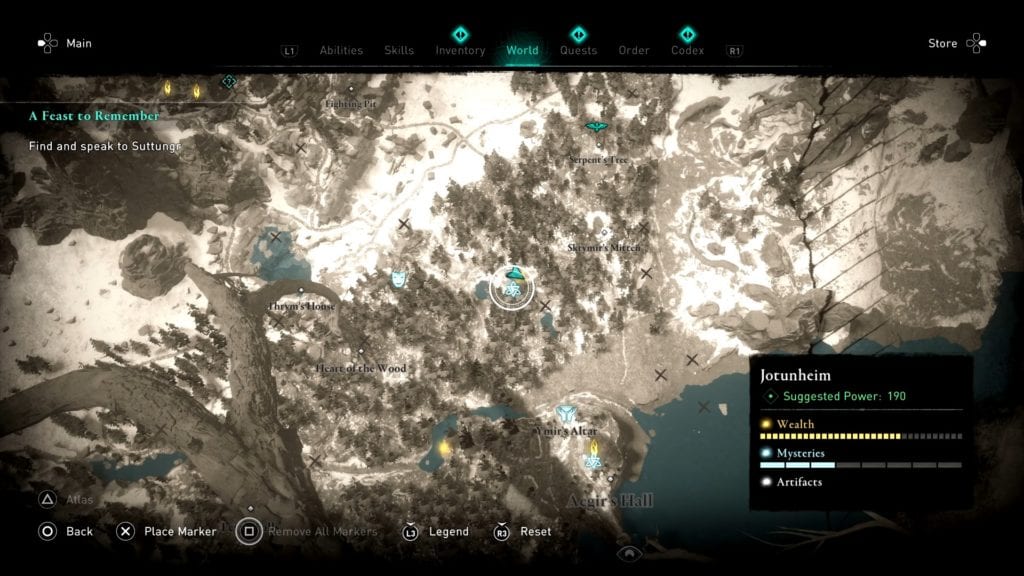 How To Free The Caged Jotun

In order to complete the AC Valhalla Puppeteer World Event, first, you’ll have to talk to the Jotun Female.

Check This Too!  Assassin’s Creed Valhalla How To: Get The Mercury Temple Roman Artifact

This is a classic case of domestic violence, don’t you think?

All these choices will help you end this mystery, but who is right?

Check This Too!  Assassin’s Creed Valhalla How To: Choose Between Taking Or Leaving The Resources To England In The Seas Of Fate

This is obviously one of those quests that don’t have a fair solution, so you’ll have to decide for yourself.

Regardless of what you choose the Assassin’s Creed Valhalla Puppeteer World Event ends once you get the key and free Skami outside, who by the way is also an accomplice.