In Assassin’s Creed Valhalla Maximilian of Londinium is a collector of ancient treasures and the author of a Business Note you may stumble across when you explore Lunden; a note that allows you to start a World Event named War of the Collectors.

Settling the dispute between Maximilian and Octavian in AC Valhalla is the main objective of the said World Event, but this event is like no other because it has some special requirements.

On top of that, the War of the Collectors is an event that is connected to a quest named A Rivalry for the Ages.

Below, we will cover both of them in case you wonder what’s the deal with Maximilian’s Business Note.

Where To Find Maximilian’s Business Note In AC Valhalla

Maximilian of Londinium’s Business Note is fairly easy to find, in the crowded city of  Lunden.

You can see it on my map below, in the center of the town. It marks a World Event. 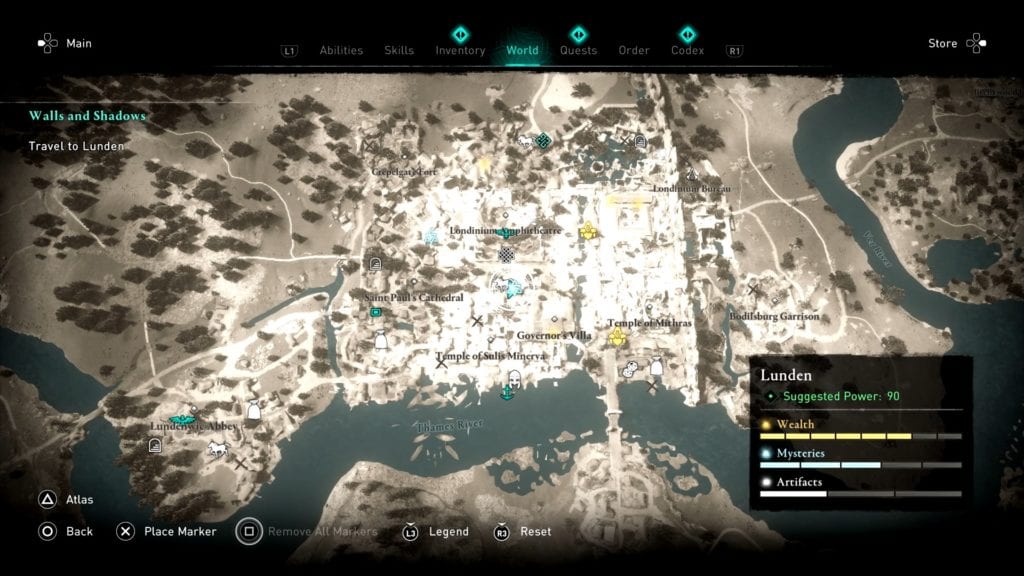 Specifically, you’ll find it pinned on a statue made of stone.

Maximilian’s house is also locked, and there is no key, so don’t try to get inside.

So how do we deal with this Lunden World Event?

If you read the note you’ll find out that Maximilian is “at war” with a guy named Octavian.

Check This Too!  Assassin’s Creed Valhalla: How To Solve The Folded Note Mystery

And here we have two scenarios. You know who Octavian is, or you don’t.

If you don’t, then Octavian is the owner of the Museum in your settlement. If you don’t have one, you won’t be able to complete this World Event because you can’t find Octavian.

So the next step is to build one.

Once your Museum is built, talk to the owner (aka Octavian), and you’ll be able to start A Rivalry for the Ages quest.

For this quest Octavian wants you to bring back a Roman Legionnaire Statue, which as you can probably guess is owned by Maximillian.

So back to Lunden we go, but this time in front of Maximillian’s house you’ll find, well the owner. You can see him below.

If you don’t have a Museum, Maximillian will not spawn. Simple as that.

So, talk to him and you’ll find out that Octavian is in fact, Osbert. Whatever that means.

Now, the good thing is that you’ll complete two side quests at the same time.

The bad thing is that it will cost you 130 Silver, or you’ll have to wait until you have a level 5 charisma.

If you can’t wait, pay the man, then the door to his house is wide open.

Check This Too!  Assassin’s Creed Valhalla How To: Raid With Alvar One More Time

Get inside and on the left side as you enter, on the table you’ll find the statue (pictured below).

At this point, the War of the Collectors World Event will end, but the next step is to complete A Rivalry for the Ages quest, which has one additional step.

And to do that, you’ll have to travel back to Octavian (or Osbert) and give him the Roman Legionnaire Statue, that he wants so much.

That’s how you complete the Assassin’s Creed Valhalla War of the Collectors quest and settle the rivalry between Octavian and Maximilian of Londinium in the video game developed by Ubisoft. Want to meet Matilda the talking pig next?