In Assassin’s Creed Valhalla, Arne is a turkey you’ll find in the Vinland region of the video game developed by Ubisoft, and you’ll need to help him fly because that’s what his master wants.

You won’t be able, though, because…well, Arne’s purpose is a bit different.

Regardless though, finding Arne is mandatory because you’ll be able to play a new World Event named Flight of Fancy.

Before we move forward with this guide, though, it’s worth mentioning that this should be the first mystery you complete when you reach Vinland in AC Valhalla because both Arne and his master, who is a Norse Woman, will help you complete the Breaking Teeth, Not Hearts mystery.

So, play this one first.

Where To Find Arne The Turkey In AC Valhalla

Good, so as you can see on my map below, Arne can be found in the north-western part of Vinland.

He is just across the river west of Okonhsa: ke waypoint.

Once you get to the spot marked on the map, you’ll find a Norse Woman encouraging her pet to fly.

Talk to her, and just below the rock she is standing on, if you look down, you’ll see Arne, the proud turkey.

The woman’s goal is to teach Arne how to fly by making the poor bird jump off the cliff.

Except that Arne is a poor student, and he refuses to oblige. Or is it a rather large student that can’t defy the laws of physics?

After you talk to the woman, your objective is simple. Bring Arne back to the jumping spot for another try.

How To Help Arne Get Back To The Norse Woman

Right so now that we know how to help our quest giver, jump in the pile of leaves below, and you’ll be right next to the pet.

When close to him, the turkey will be happy to see you. A bit too happy, but he’ll start following you, so head to the hill on the left side and go up.

Avoid the big rocks by going around them, and always check if Arne is close to you.

Once you get back to the woman, who is only several steps away, the mystery ends.

Now, you are free to leave the area, as the lesson continues; but judging by how it goes we can safely assume Arne will not make it until Christmas.

The good thing is that you can enjoy a tasty Turkey Meal you received from the Norse Woman. Even if you’re actually eating Arne’s family.

That’s how you complete the Assassin’s Creed Valhalla Flight of Fancy quest, but now you should get back to Nyhofn, where the woman is waiting for you. 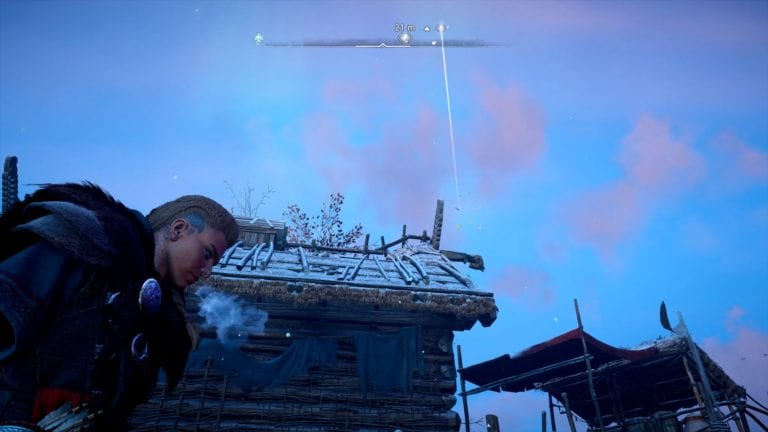 In Assassin’s Creed Valhalla, Ermina is a pregnant woman who seeks Eivor’s help to reach a safe spot where she can give birth to her child. She is located in… 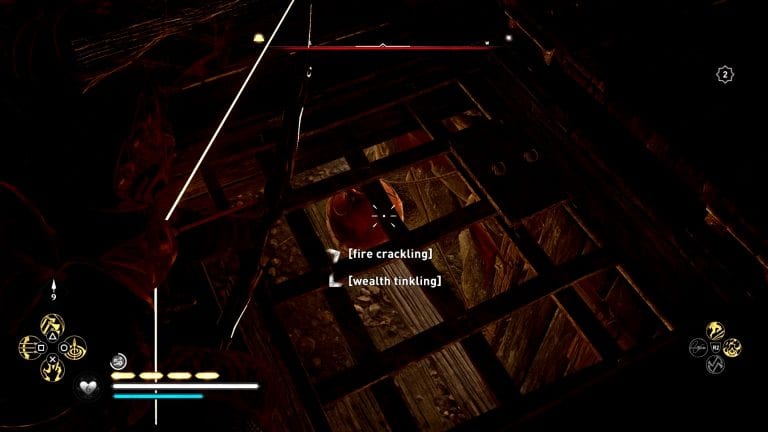 Assassin’s Creed Valhalla Wrath of the Druids Inchroe Wealth can be quite problematic because even though the Ingot is relatively easy to collect, the Gear Chest is very well hidden… 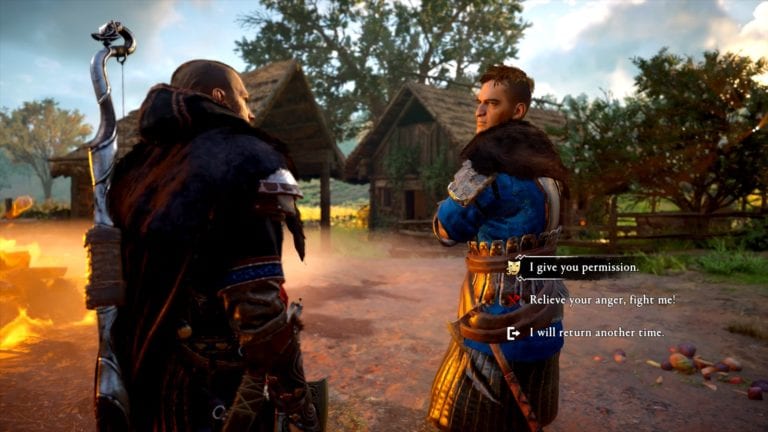 In Assassin’s Creed Valhalla, Sten is a desperate and very sad vikingr you’ll meet in the Oxenefordscire region of the video game developed by Ubisoft. His story is one of… 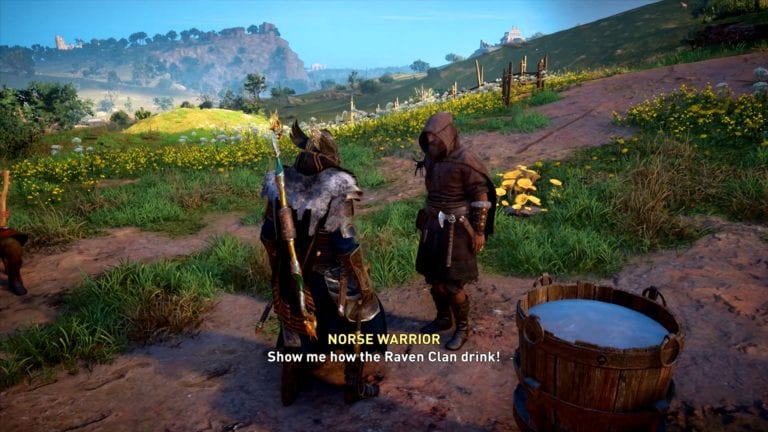 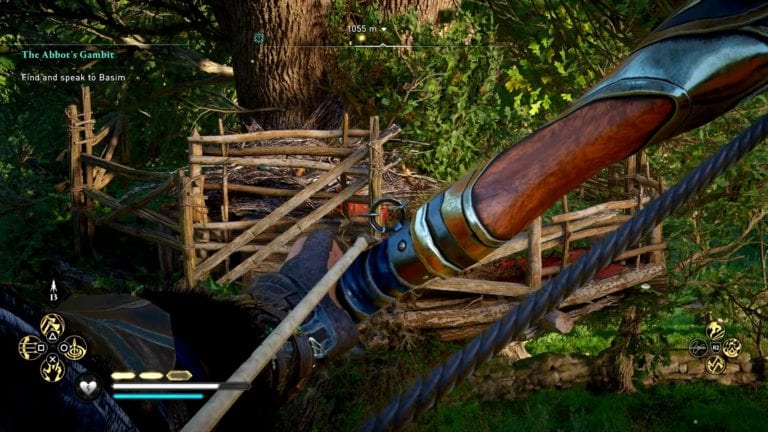