In Assassin’s Creed Valhalla Winchell is a nudist you’ll meet in the Grantebridgescire region. An angry one too, and if you manage to help him get his revenge you’ll be able to complete a new World Event named Winchell The Robesfree.

This AC Valhalla quest or Mystery can be a bit buggy though; however, follow the guide below and I’ll explain how to complete it.

I mean, how hard can it be? We’ve dealt with a Mad King, so a Nudist should be a walk in the park.

Where To Find Winchell The Nudist In AC Valhalla

To start this quest you’ll have to travel to the Besuncen Tor, in the north-western part of Grantebridgescire.

Winchell’s location is clearly marked on the map below. 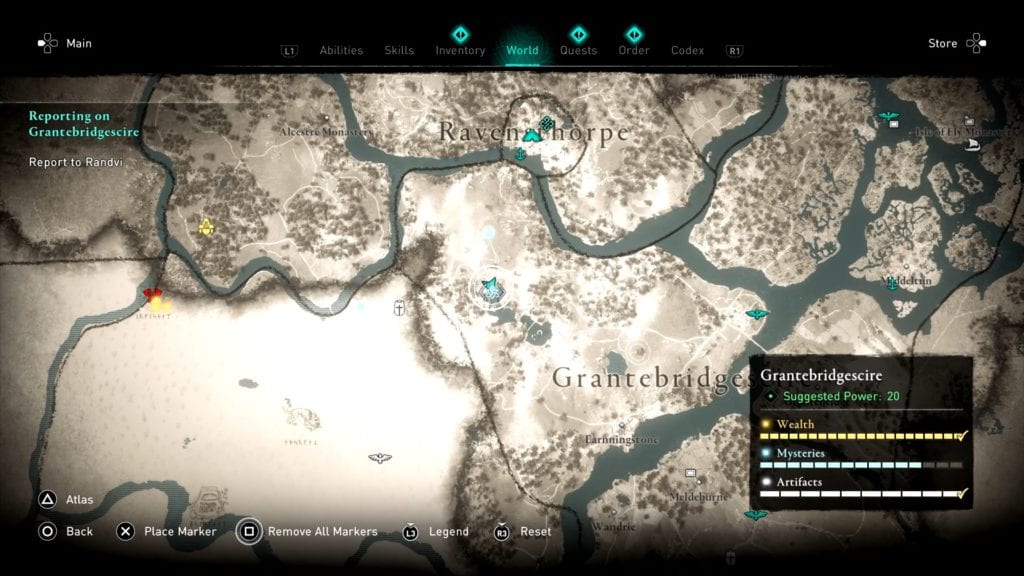 When you get to this location you’ll find a partially naked NPC, up, on a hill.

I say partially because he still has his underpants on him.

Now, talk to Winchell and he’ll tell you that his sect of Pious Nudists, banished him away because he became a bit too enthusiastic. As all nudists should be!

Great, so since Winchell is the founder of the sect that banished him for being naked all the time, he seeks revenge.

Precisely, he wants them to wear the clothes they were born with (aka none) all the time.

Check This Too!  Assassin’s Creed Valhalla Wrath Of Druids How To: Get Tullagh Laght Cursed Symbol

And your job is to steal those clothes. Which are located inside a crate. In the sect’s camp.

Where To Find Winchell’s Crate Of Clothes

From your current location (next to Winchell) you can spot the camp you’ll have to visit.

It is pictured below, and all you have to do is to jump off the cliff into the lake below.

Next, you’ll have to swim towards the camp. The nudists will totally ignore you.

Once inside the camp look for a small crate under a tent.

You can also see it in my screenshot but be advised that the moment you touch it, the nudist will become aggressive. Because you know, they love their clothes.

So, grab the crate, cross the wooden bridge in front of you, and take a right turn.

Keep running up the hill towards Winchell and ignore the angry and half-naked nudists. At some point, they’ll give up chasing you.

Now, you’ll want to drop the crate in front of Winchell to complete this event.

The problem though is that sometimes Winchell’s event doesn’t end even after you bring the crate to him.

If this happens, head back to the hill, jump into the lake, steal the crate again and take it back to our naked friend.

Check This Too!  Assassin’s Creed Valhalla How To: Deal With The Grieving Man's Banshee

In my case, I had to do this 5 times to have this event marked as completed. Just so you know.

That’s how you deal with the nudists in Assassin’s Creed Valhalla Winchell The Robesfree quest, but maybe now you should try finding Asta’s horse, Skinfaxi in East Anglia.