The Assassin’s Creed Valhalla Perie Nickel Ingot is another tricky Wealth Collectible you’ll have to find in the Oxenefordscire region and I suggest doing it after you deal with the one from Leah Villa Garrison.

Although the AC Valhalla Perie Nickel Ingot is found near The Corpse Feeders Alpha Animal, just so you know, you don’t have to actually fight the beasts to get it.

But you’ll need to locate the Perie Cottage Key which is pretty well hidden.

As such, in this guide, I am going to give you guys a hand in case you can’t find the Assassin’s Creed Valhalla Nickel Ingot in Perie village.

Or in case you don’t know how to get it.

Right then, so again we start with the map location for this Oxenefordscire Wealth, which is really easy to spot.

However, this time I want you to pay close attention to the map below because it shows two things.

The collectible’s location (which should appear on your map when you get close) and the Perie Cottage Key.

Basically, the key that allows you to enter the locked house where the Ingot is found, is in the exact same spot where Eivor is located on my map below.

Check This Too!  Assassin’s Creed Valhalla: How To Complete The Archery Training

You can see that Eivor (green arrow) is standing north-west from the collectible and south-east from a tunnel.

One thing to mention here is that you don’t have to get inside the tunnel. Just reach the location on my map, to get the key first. 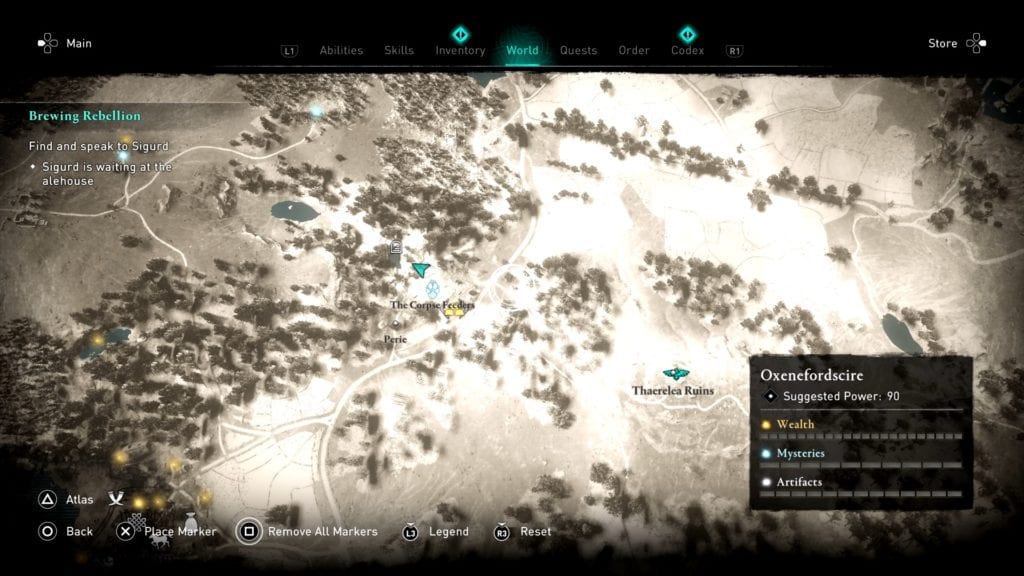 How To Get The Perie Ingot In Oxenefordscire

Good, so when you get to the same spot where Eivor can be seen on my map, look for a fisherman hut (with a net in front of it); then go around and you’ll be able to spot a large boulder.

Pull the boulder back, and behind it, you’ll find the Perie Cottage Key, just as you can see in my screenshot.

Get the key and go back to the house which is now accessible.

Except that the Perie Cottage Nickel Ingot is not.

Once inside the house, you’ll find a Note Of Dispair on the left wall, and then you’ll find the entrance to the basement. Which is blocked by a wall you can destroy.

Now, if you have explosive arrows, you can use one and the Ingot will be right in front of you, in the said basement.

But if you don’t have the ability, you’ll have the head outside and right in front of you, several steps away you’ll see a very large oak tree.

Check This Too!  Assassin’s Creed Valhalla How To: Help Mae In Ledecestrescire

Or a tree that looks like an oak. But it is really big and you can’t miss it.

Next to it, you’ll see a smaller house and on the ground (as pictured) an explosive red jug.

Pick it up and head back to the basement.

Throw it into the wall that leads to the basement; and the Perie Nickel Ingot will be in front of you; next to a rather large mead barrel.

And that’s it, friends. You just found the Assassin’s Creed Valhalla Perie Cottage Nickel Ingot in the video game developed by Ubisoft.