The Assassin’s Creed Valhalla Bloodstained Letter in the Cent region is a key item that allows you to unlock another Nickel Ingot Chest while exploring the said region of the video game developed by Ubisoft.

The AC Valhalla Bloodstained Letter basically offers information on where to find the Nickel Ingot Chest Key; which will eventually allow you to unlock the Wealth Chest nearby.

However, since the information provided by the letter can be quite confusing, in the guide below, I’ll show you where to find both the letter and the chest key.

The said Cent Bloodstained Letter can be found next to a Wealth Ingot Chest.

As you can see on my map below, this chest is found north-east of Saint Hadrian’s Priory, north-west of Rouecistre Blockade, and south of Wulfaswic. 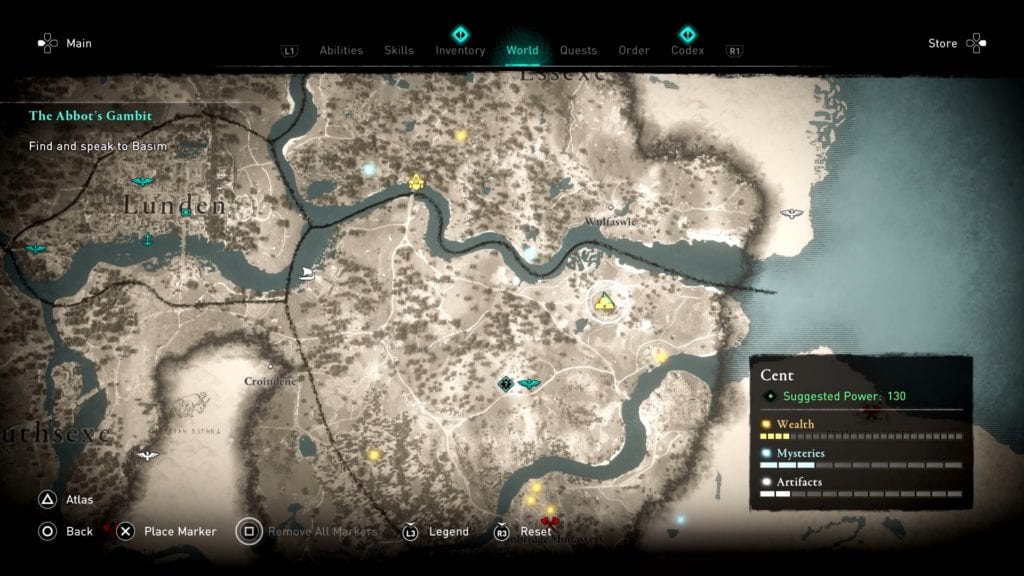 When you get to this location, you’ll find a solitary chapel.

Go around it, and look for a crack in the wall.

It’s pretty easy to find and it allows you to enter the said chapel.

Now, on the ground, you’ll find a corpse, a locked Ingot Chest, and obviously the Bloodstained Letter, on a small altar, pictured below.

Where To Find The Bloodstained Letter Chest Key

The premise here, as you can guess is really simple. Read the clues on the letter, find the key, open the chest.

What we can understand from the Bloodstained Letter in AC Valhalla, is that the corpse inside the chapel belongs to a monk who was left behind to protect the chest. Or the Ingot we need.

The key, however, was taken by a fellow monk, nearby. Nearby where?

Well, let’s see where we can find him.

Exit the small chapel, through the crack you used to get in, and from your location (using the radar on your screen), head north-east.

Across the road, can see a small camp that was attacked. You can see it below,

A battle took place here, and our monk is nearby.

Specifically under the small tent (also pictured) on the right side of the watchtower.

Loot the body to get the Barricaded Chapel Chest Key, then return to the Ingot Chest to claim your treasure.

And that’s it, friends. You just found the key mentioned by the Assassin’s Creed Valhalla Bloodstained Letter in Cent.