In Assassin’s Creed Valhalla Augusta The Cheerful is your Flyting opponent in Lunden and honestly, she’s the best, because she will treat you nice even though she’s not very pretty.

As usual, defeating Augusta The Cheerful at flyting in Lunden counts as an AC Valhalla World Event, and since our goal is to get 100% completion in each region, in the following guide we’ll talk about the correct answers you should give.

Because you see, this rap-battle is a bit different than the rest.

Unlike our previous opponent (Hogg The Burly), Augusta is a woman and she’s not looking for insults, but the opposite.

Regardless, you’ll still have to place a bet, and to make the most out of your hard-earned silver, you’ll want to know the correct choices when dueling Augusta.

So, let’s start with the flyting location in Lunden.

You can see that Augusta is found south of Lundenwic Abbey, and since Lunden is the smallest area in the game, she’s quite impossible to miss. 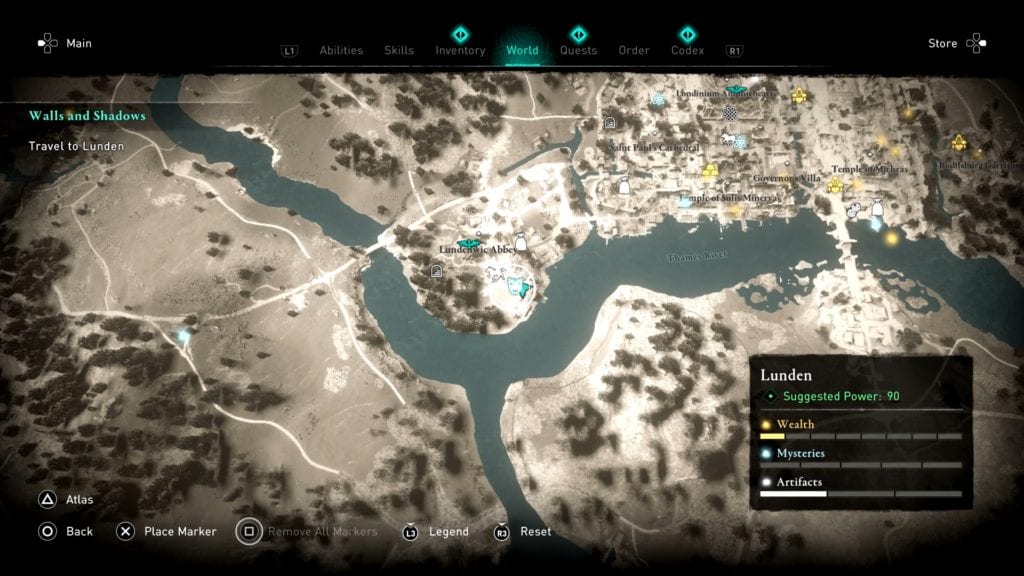 Augusta can be found next to her house.

She’s near the road, and she’ll most likely ask you to talk to her when you are nearby.

How To Win The Augusta Flyting Duel In Lunden

Good then, so approach Augusta (pictured), and just so you know she’s not drunk. She’s having a good time.

Check This Too!  Assassin’s Creed Valhalla How To: Get Perie Nickel Ingot

When you talk to her she’ll tell you that instead of insults she’s looking for flattery.

Right, flattery it is then. Place the maximum bet because this woman has to stop drinking and if you take all her silver, she won’t have enough to pay for the next drink.

Once you place the bet, it’s time to duel this fine looking woman. Make sure you pick these lines if you wish to win.

Now if you picked these answers, you will successfully complete the Lunden Flyting Mystery and you will leave the area with 200 silver in your pockets.

Augusta will keep drinking though, but at least now she knows how beautiful, elegant and graceful she is.

And that’s it friends. That’s how you beat Augusta The Cheerful at Flyting in the Assassin’s Creed Valhalla video game developed by Ubisoft; so next, you should focus on Ove The Scarred.

Check This Too!  Assassin’s Creed Valhalla How To: Settle The War Between Maximilian And Octavian