Assassin’s Creed Valhalla Isle Of Ely Monastery Ability is not as tricky as the one in Nottfall, but it is an underground Wealth collectible you’ll need to find in Grantebridgescire or the second area you’ll explore in England.

As such, I thought I should give you a hand with this one as well and explain how to enter the underground passage where the AC Valhalla Isle Of Ely Monastery Ability or Book of Knowledge is located.

This ability will unlock the Dive of the Valkyries melee ability which, to be honest, is devastating if used correctly.

But first, let’s go get it.

As you can see on my map below, the Isle Of Ely Monastery is located on the north-eastern side of the Grantebridgescire region. 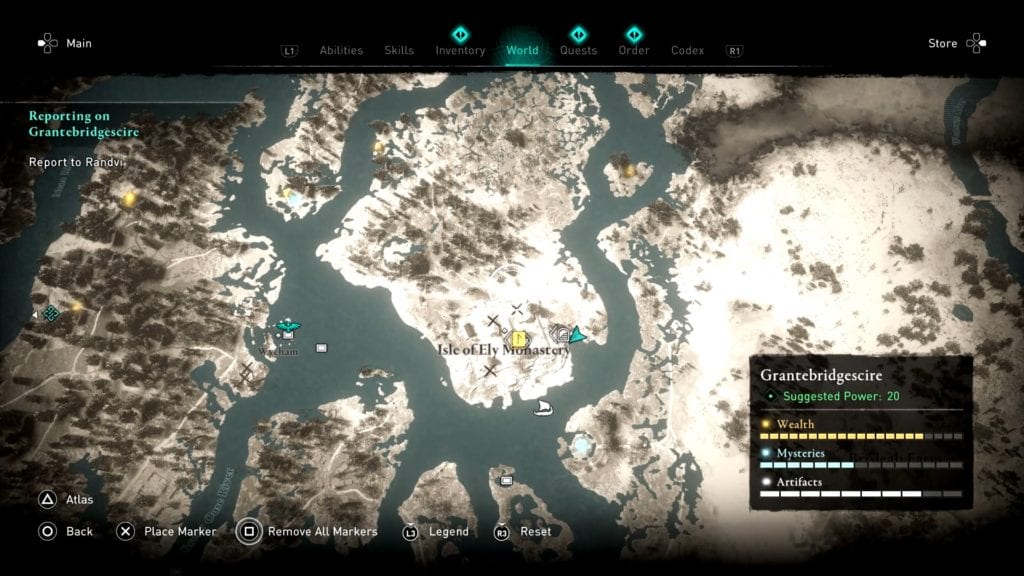 This region can be reached while free-roaming or while following the game’s story.

One of the raids will also take place here as well as one of the game’s quests.

Ideally, you’ll raid this monastery while playing the said quest (no spoilers here), so you don’t have to visit this area twice.

Once you are done looting this location and you deal with the quest’s objectives, you may want to find the Ability Wealth Collectible.

Check This Too!  Assassin’s Creed Valhalla How To: Find The Essexe Hoard Map Treasure

Except that this one is underground. Or under the Ely Monastery.

So how do we get it?

If you pay close attention to the map above, you’ll notice that east of the icon which marks the collectible’s location, is an underground passage.

Basically, the map above marks both the ability and the entrance you’ll need to find.

Although you should know that there are two entrances to the Ely Monastery underground room where the Book of Knowledge is found.

So, head east and by the river, you’ll see a tunnel entrance like the one below.

Get inside the tunnel and follow it, destroying all the wooden doors you encounter.

As you follow some stairs you’ll reach a room where the Ely Monastery Book of Knowledge is found.

Deal with the two guards and read the book to unlock the Dive of the Valkyries ability.

You can also see the book in the screenshot below.

And that’s it. You just collected the AC Valhalla Ely Monastery Ability in the latest video game developed by Ubisoft.