The Assassin’s Creed Valhalla Saint Hadrian’s Priory Nickel Ingot is another tricky Wealth Collectible you’ll have to find in the Cent region, mainly because the chest you’ll need to open requires not one but two keys.

The AC Valhalla Saint Hadrian’s Priory Ingot allows you to get 100% completion in Cent, which means that it is mandatory to open the said chest.

As such, in case you encounter difficulties finding the keys, in this guide, we will discuss this specific collectible.

Right then, so again we start with the map location for this Cent Wealth, which is really easy to spot.

On my map below you can see that Saint Hadrian’s Priory is located in the northern area of Cent.

It is a rather large church and if you follow the game’s story you’ll visit it while playing The Abbot’s Gambit quest. 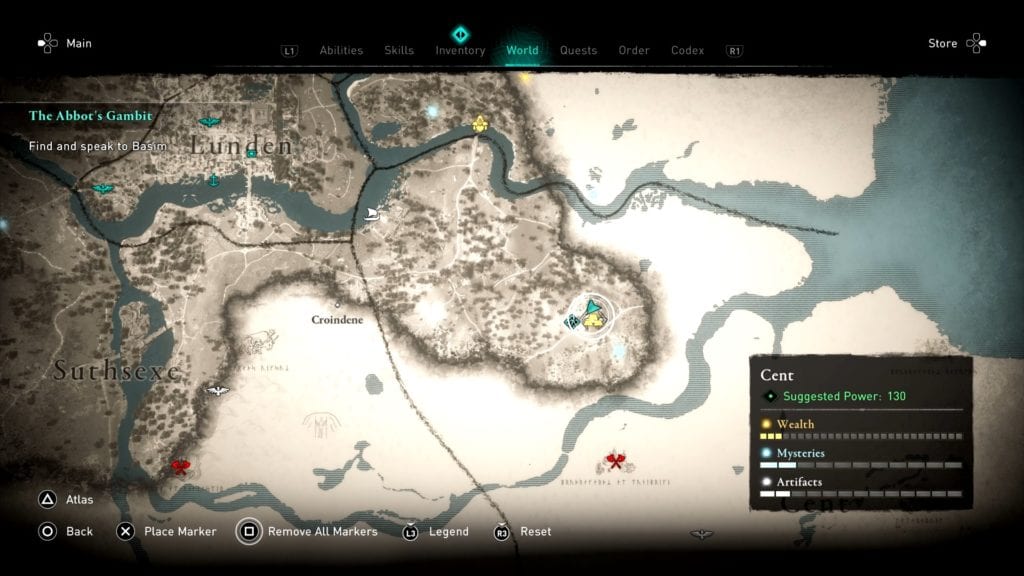 When you get to this location, you’ll have to find, as said two keys.

Let’s start with the one that’ easier to get.

How To Get The Second St. Hadrian’s Priory Church Key

Just outside the large church, you’ll be able to spot a well like the one in the picture below.

All you have to do is to destroy the wooden cover, then drop inside.

Check This Too!  Assassin’s Creed Valhalla How To: Get Honey For Winifred

In the tunnel below you’ll see the key under a crate.

Move the crate by picking it up and throwing it away and the Second St. Hadrian’s Priory Church Key is yours.

Now let’s go after the other one.

How To Get The First St. Hadrian’s Priory Church Key

For the first key move south-west from the building with the chest and go around another building looking for a wooden platform.

Climb the said ladder and you’ll reach a platform with a shelf you can push.

The one you can see below.

Once inside, drop down the next ladder and the key will be on a wooden table.

It’s just behind a large chair near a shelf with manuscripts (also pictured).

Now, all you have to do is to return to the main building of the complex and shoot the locker on the ladder below the chest.

You can see it in the following screenshot.

Once you do that, you’ll be able to climb it to the first floor where the chest is waiting for you.

Since you already have both keys, you can claim the Nickel Ingot.

And that’s it, friends. You just found the Assassin’s Creed Valhalla Saint Hadrian’s Priory Nickel Ingot in the video game developed by Ubisoft; however, no you should focus on getting the trickiest Ingot in Cent.

Check This Too!  Assassin’s Creed Valhalla How To: Beat Jungulf At Flyting