The Assassin’s Creed Valhalla Elk Of Bloody Peaks is the first Alpha Animal you’ll encounter in the latest AC game developed by Ubisoft.

This AC Valhalla Legendary Animal counts as a Mystery and it can be found in the Rygjafylke region, or if you want, the first region you’ll explore in Assassin’s Creed Valhalla.

Since this mighty beast can put up a good fight, below you’ll find several hints I want to share with you in case you want to know how to defeat the AC Valhalla Elk Of Bloody Peaks Alpha Animal.

Let’s start from the beginning with the actual on-map location for this Alpha Animal.

As you can see it is located south-west of Fornburg on top of a mountain. Its location is marked on the map below, and honestly, this is a very strange habitat for an Elk.

But it is what it is, and all you have to do is to follow the path up the mountain.

On foot or by riding your horse. Depending on how fast you want to get there. 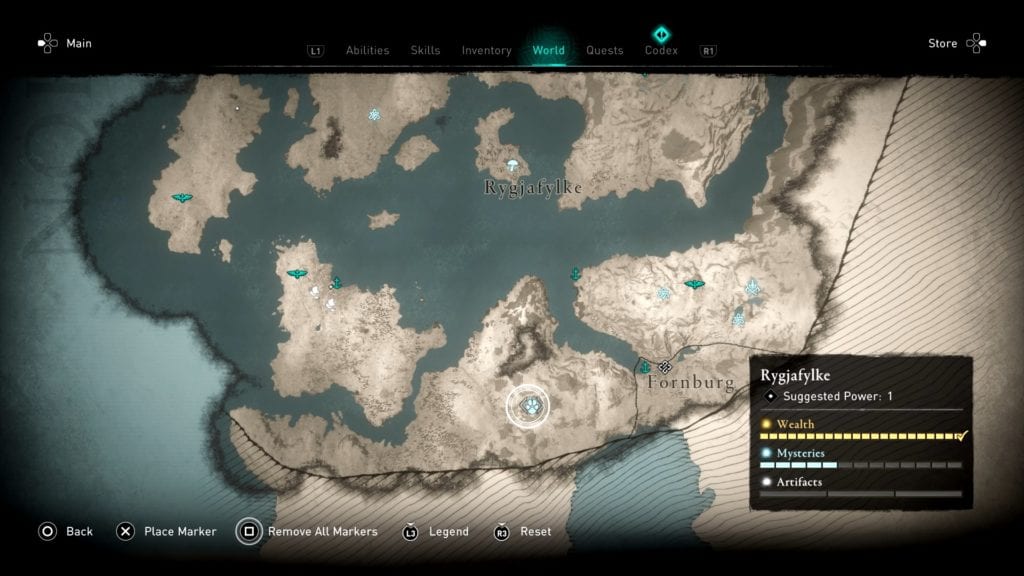 How To Defeat The Rygjafylke Alpha Animal In AC Valhalla

Even though this Assassin’s Creed Valhalla Alpha Animal may look scary at first sight, it is quite an accessible opponent, as long as you learn his attacks.

Check This Too!  Assassin’s Creed Valhalla How To: Get Saint Hadrian's Priory Nickel Ingot

Before we talk about them though, one important aspect must be cleared. This animal takes a lot of damage from arrows, so the bow is your best friend.

The problem though is that you have only a limited number of arrows so try not to waste them.

Ideally, you’ll want to aim for the beast’s weak spots which are above its front feet.

This will stun the beast allowing you to quickly perform a stun attack and deal even more damage.

Dodging its charging attacks is also mandatory especially because they’ll launch Eivor in the air and also drain your health bar pretty fast.

If you run out of arrows, just stay mobile and observe the Elk’s attacks.

At some points, the animal will stumble in the snow, creating the perfect opportunity for you to strike from behind; however, do not loiter behind the beast too much because the Elk will hit you with an unblockable attack.

It goes without saying that standing behind the beast as much as possible is mandatory because the Elk’s primary weapons are his horns.

The battle against the Elk Of Bloody Peaks is a game of patience, not skill, and your character’s power is not as important as you may think.

Check This Too!  Assassin’s Creed Valhalla How To: Make Sten Weep

The key here is to wait and strike only when the opportunity arises.

And that’s it. That’s how you defeat the Assassin’s Creed Valhalla Elk Of Bloody Peaks Alpha Animal in Rygjafylke.