Just north of Assassin’s Creed Valhalla Grantebridge village in Grantebridgescire, you may stumble upon a desperate farmer who is looking for help to get rid of the rats that constantly eat his crops.

You can hear this Anglo-Saxon farmer when nearby and if you manage to help the poor fellow you’ll complete another AC Valhalla World Event or Mystery.

Which is a good thing considering that you’ll get a lot of XP for a rather short task.

This Assassin’s Creed Valhalla Grantebridgescire World Event is named The Doom Book of Cats, and just like the Ledecestrescire Sauce we have discussed earlier; it’s really easy to complete but there is a small trick here.

So, if you need help solving the Grantebridgescire farmer’s rat problem, you’re in the right spot.

First, let’s see where you can find it.

Where To Find The Grantebridgescire Farmer In AC Valhalla

The quest-giver or the farmer is located just north of Grantebridgescire, as you can see on my map below. 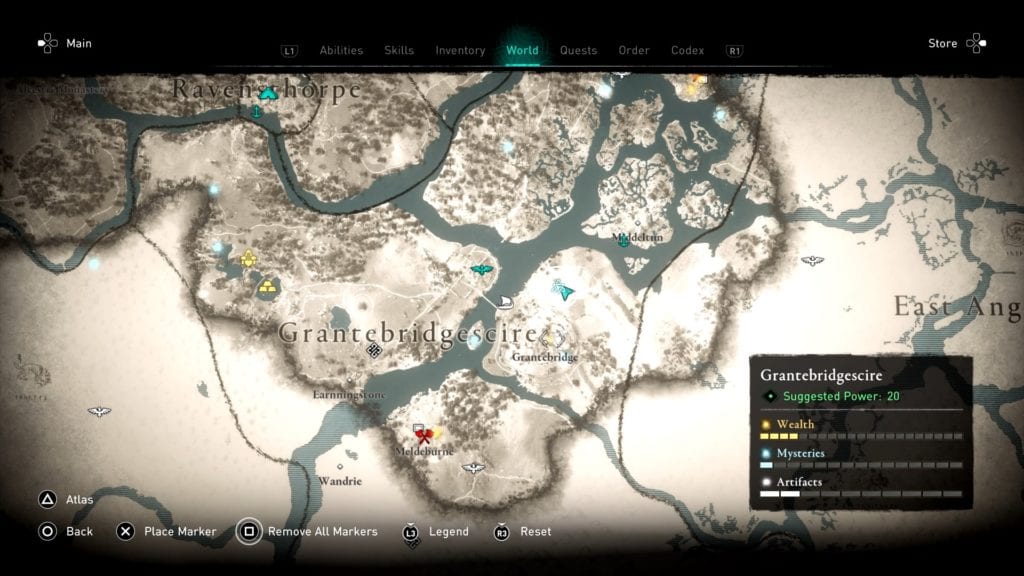 You’ll find him by the road close to an old and relatively crazy woman who is sending everybody away from his house. We’ll get to her in a moment.

For now, focus on finding NPC and talk to him.

As he reveals, the rats constantly eat his crops and he needs your help getting rid of them.

Check This Too!  Assassin’s Creed Valhalla How To: Get Venonis Gear Wealth

He also tells you that he tried everything but no luck.

So, your task here is simple. Kill the rats and help the farmer.

But how do you do that, because if you check the farm, you can scare the rats but you can’t shoot them, and you can’t do…well…anything.

How To Kill The Grantebridgescire Rats

First, you should stop running after those pesky rats because that’s not the way to tackle this Mystery.

Instead, you’ll need to look for some cats. And these cats are nearby.

Specifically inside the woman’s house.

So head down the road and talk to her. She’s the one in the following screenshot.

After a short dialogue with only one choice, you’ll get the House of Cats Door Key, which allows you to enter the locked house behind the old woman.

Inside you’ll find several cats and some loot.

You don’t have to interact with the cats though, but make sure you loot everything (including the Opal), and if you want you can also read The Proclamation for Those Who Love Cats.

Now that you have released the felines, just head back to the farmer and this Mystery World Event is marked as completed.

Check This Too!  Assassin’s Creed Valhalla Southern Dunvegan Village Ingot Wealth: How To Get

That’s how you kill the rats in Assassin’s Creed Valhalla in order to help the Grantebridgescire farmer, but since you’re in the area, why don’t you help Alduini and Sebbi too?